Make Money on Your Mobile Phone With These 6 Apps 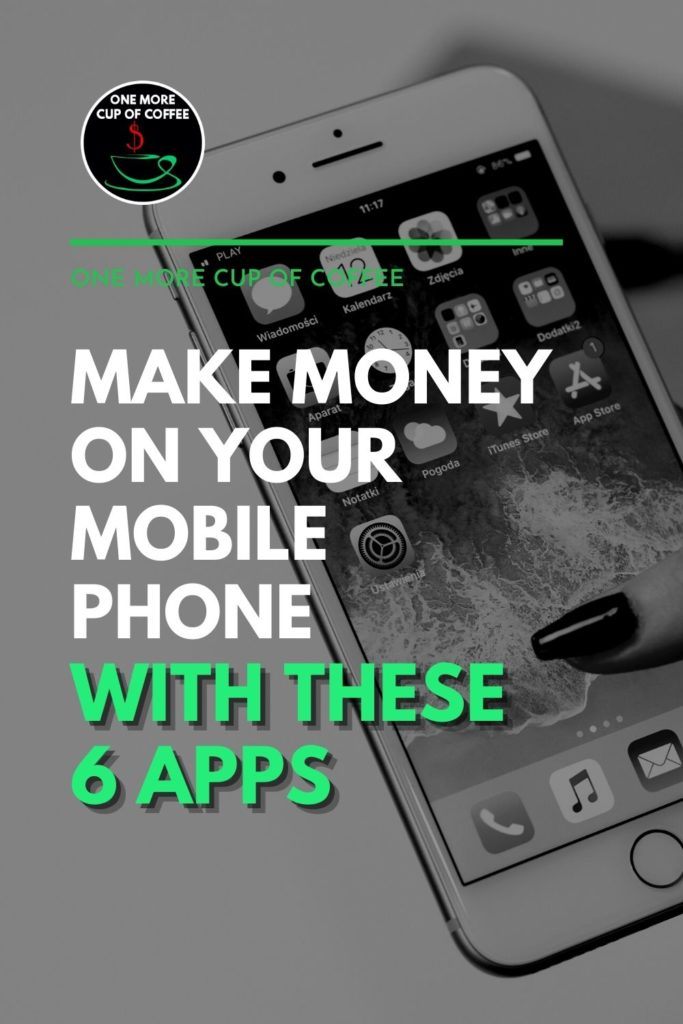 When I was in high school, I was the only friend in my group that had a cell phone. I kept it off all the time because I had no one to call. It was only for emergencies. Nowadays, everyone has a supercomputer in their pocket.

With the fact that people are literally making billions of dollars online, it's a pretty logical idea that you can make money on your mobile phone, right?

Making Money on Your Mobile Phone

The very first thing to know about making money with a phone is that you need to be realistic. Some apps won't even payout and the ones that do often won't be giving you much money at all.

I have over 7 years of experience making money online with an online business and have spent the past six months downloading and researching smartphone apps that claim to help you make money. Do they work?

Most of the time no. When they do work, it's such a small amount of money and so inconsistent, that it's not even close to being an “income”. Sorry to be the deliverer of bad news, but if you are hoping to earn good money with just an iPhone or Android, then you're pretty much out of luck. 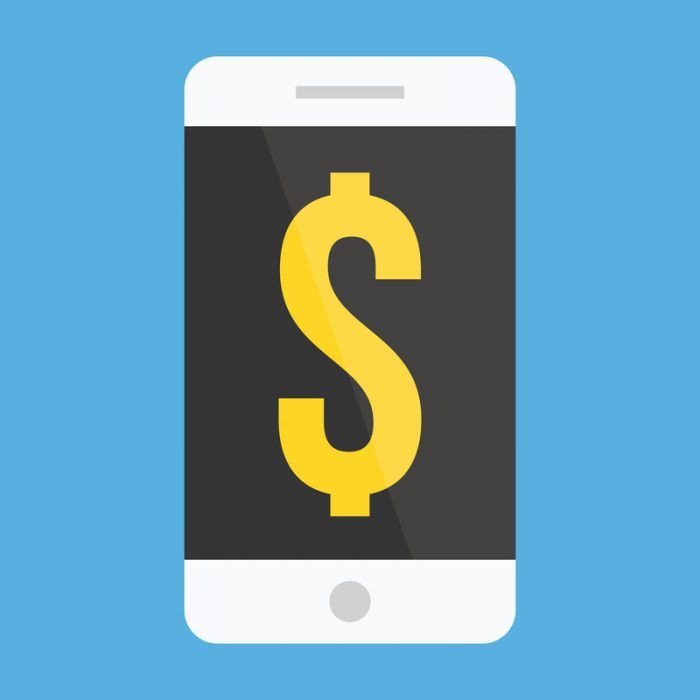 However, there's more to the story!

That being said, some apps do actually pay. I realize not everyone has the time, money, or patience to run an internet business, so I won't leave you hanging.

There are some apps that I found that do pay a little bit of money if you are consistent with logging in and doing the tasks they ask you. I divided them into a few groups so you can find the style you like best. There's a bigger list here and here, and you can read the full list of reviews here.

Apps that pay you to resell your stuff

Many apps that claim to “pay”, don't actually pay. They just help you make money. In this case, this app helps you resell your stuff.

There's a bunch out there. Most are just as good as the next, and which one works best really depends on which city you're in.

Some apps will pay you to do things in real life. I'll include two on this list because they cover a wide spectrum. The first one is DietBet, which will “pay you to lose weight”.

By “pay”, they mean that you'll make a wager with friends, and get paid money if you accomplish your goals. In this sense, your friends are paying you, not the company, but it's still a way you can maybe make some money, albeit not realistic for most people.

The next one is a fun one but will have some serious limitations once you factor in gas unless your city is walkable. JobSpotter will pay you for finding businesses that are hiring. This is a pretty cool task to do because you can really help people!

The trouble is that a lot of places are simply not hiring, or are making their hiring efforts online instead of with a sign outside their business. The time/reward ratio is high on this one!

Again, again, again, we're not earning money here. We're spending time playing gambling games trying to win money. This is not “lotto” money either. Usually, you can win a few tokens once in a while and trade them for a gift card once a month or once every two months.

There are stories of people winning a good amount of money for their efforts, like a few hundred dollars, but they are so few and far between that you could never rely on this for income, or even as a last-ditch effort.

Might as well buy lotto tickets! Luckily, gambling apps are not legal in the US so you won't be tempted to actually spend money using these.

Apps that pay to do online activities

These are the most popular, but there are few that work well. The idea is that you do online surveys, watch ads, click on things, and do different types of online activity to earn points that you can then trade for dollars.

Keep in mind, even if you do earn some money from doing these tasks, it won't be much. Maybe you can make $2-$3 per hour if you are consistent. With people asking for $15 per hour minimum wage flipping burgers, I'm not sure why you'd work for such a low wage doing boring activity like surveys.

Apps that pay for freelance work

There are a few apps that will pay for photos, but they won't pay much. Many of them only pay if your photos are accepted, or only pay if someone decides to buy your photo.

If you are a good photographer, you probably know some better channels of selling your photos like StockPhoto websites, building your own website, or networking with other photographers to get art gigs. Selling photos on apps won't bring in much income, but it may be worth playing around with.

Maybe the most dangerous, in my opinion, is the “spend money to save money” apps! Don't get me wrong…lots of people swear by these. Extreme couponing is a thing people do now, spending all their spare time finding the best coupons to save money.

I've even heard of a few times where people save so much money that the store pays them! Crazy right? Well, the other side of the coin is that sometimes you end up buying things you don't want, or buying too much, and although you save $25, you spend $30 more than you normally would.

Plus, this is not a paycheck. It's savings!

Though you have to attack this with a bit of a strategy, e.g. build a brand, grow a following, and research ways to monetize your followers, there's plenty of potential in social apps like Instagram, Twitter, and even TikTok.

There's no direct line to earning with this style of app. You'll have to be consistent, be creative, and keep your eye on the money-making aspect (rather than simply getting likes). However, the earning potential is insanely larger, with some fashion influencers making as much as $15,000 per sponsored post.

That sure as hell beats $.015 per click on a video game apps, or saving a couple of dollars at Walmart, right?!

You can use your phone to do certain aspects of work for some online gigs, but realistically, looking at your phone and typing or reading for multiple hours per day isn't healthy, and probably not very productive, so I just don't see a bright future for this type of work.

Make Money on Your Mobile Phone With These 6 Apps