Can You Really Make Money With The AppTrailers App? 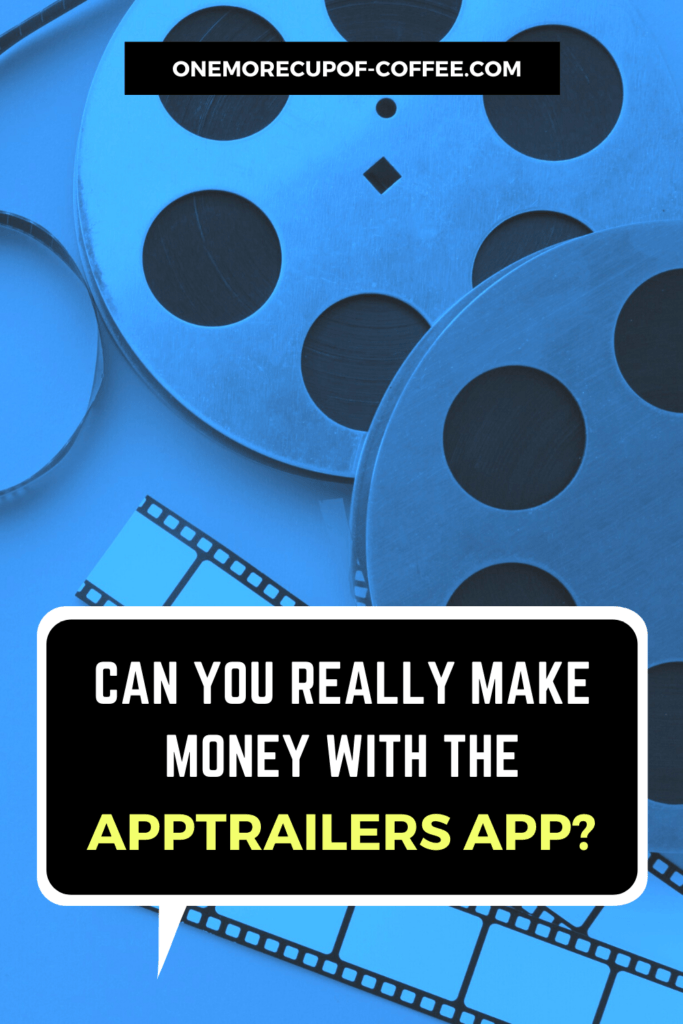 This Google Play gem claims to give you rewards for watching app trailers. But can you really make money with the AppTrailers app?

This was what I wanted to know as I downloaded it and started trying to figure it out. It has just over 1 million downloads on the Google Play store, and has a pretty good 3.8 star rating. It has also been reviewed by close to 40,000 people, which is pretty good. 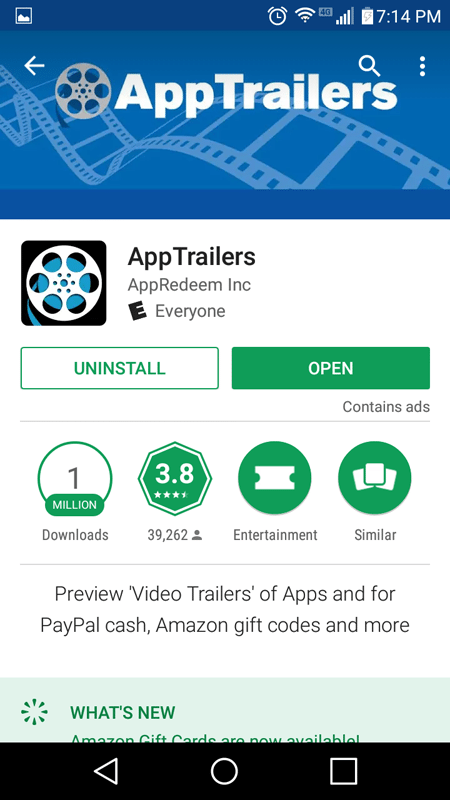 I also found this description for the app in the Google Play page description, which seemed to do a pretty good job of describing it.

Making Money With The AppTrailers App

But I was still interested in what was going on behind the scenes… so I downloaded it and opened it up. Here’s what I found.

Upon opening up the app, I came to this screen first. 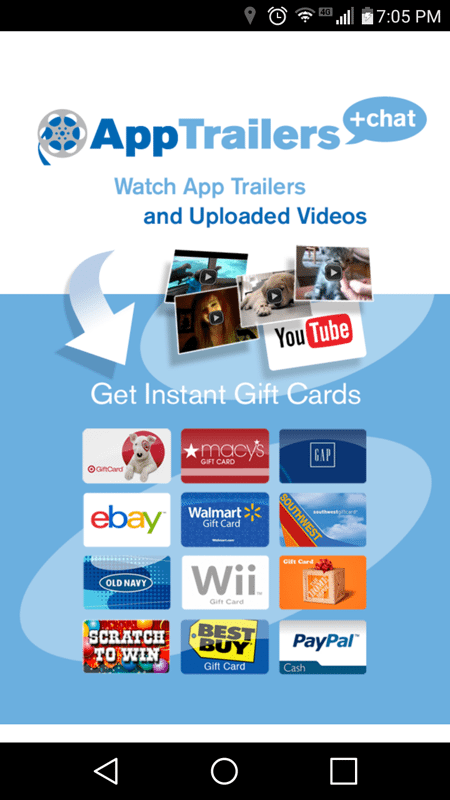 It was pretty informative, but I clicked past it and eventually ended up here… at what seemed to be the ‘hub’ of the app. 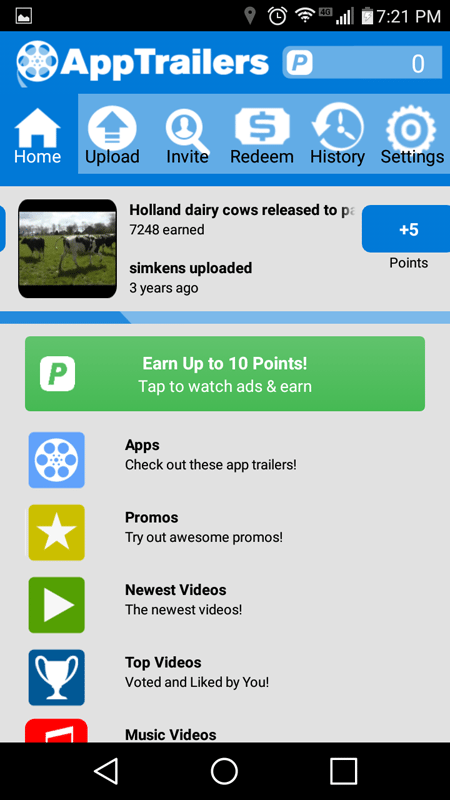 Here, I got my first real look at the inside of AppTrailers… and so far, it seemed pretty straightforward. Across the top of the screen were some ‘menu’ type options, including buttons for pages like Home, Upload, Invite, Redeem, History, and Settings.

There was also a sliding banner just below this with ads on it that you could click to earn points, as well as a list of things below that, such as checking out promos, app previews, top videos, etc.

I clicked on one of the sliding banner-type ads, which took me to a loading screen where I watched this video of people sliding on the ice.

I wasn’t completely sure what it was in the beginning… and this persisted until the end of the video, which didn’t seem to have a point. Then, an advertisement for lung cancer prevention popped up, which I had the option to close.

But at this point another video loaded, and I just waited while it buffered (for over a minute). I got tired of this, so I closed out the app and decided to try to open it again.

When I opened my account back up, I had 50 points credited to my account, but I don’t think that those were from watching the video. I think those were credited in the beginning of opening up the app, when I clicked on an ad by accident.

I clicked on another video to watch it, and had a similar experience. This video played a weird commercial with a bunch of cows on it, after which I was taken to another ad. Then, another video started, just like before… but I just let it play because I didn’t want to exit out and not get any points.

At this point, the same ice skating video played again… and I was completely confused. I think these videos just rotate, and you can watch them all if you don’t cancel the play order.

I canceled it, and was awarded 7 points for the videos that I just watched! I was pretty happy about this, as my account now had a total of 57 points in it (I’m still not quite sure how I got those first 50 points, but whatever…).

At any rate, this is where I ended up after coming out of the video feed. 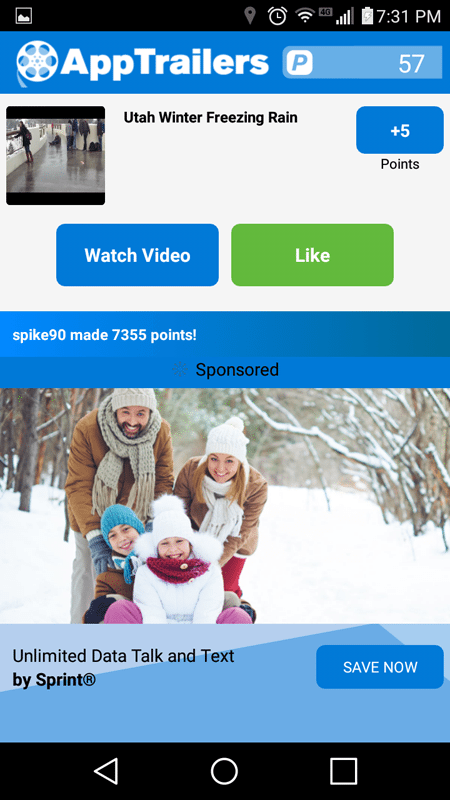 Doing Other Things To Earn Points In AppTrailers

Next, I clicked on the App Trailers option from the options down below and was taken to this page. 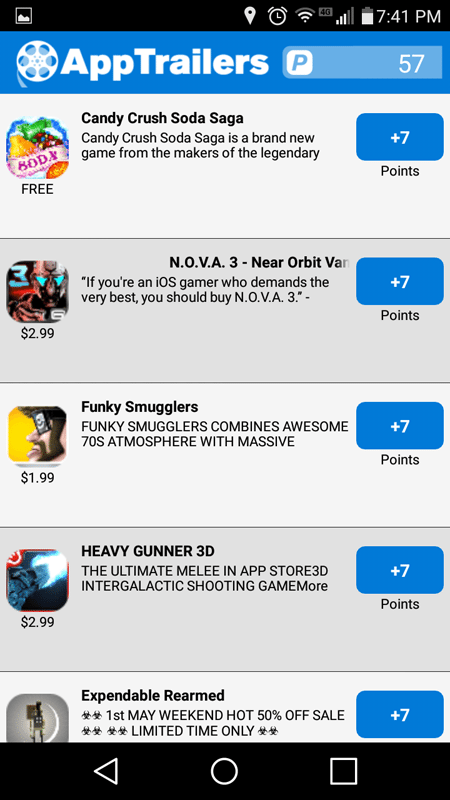 Here, I found out that I could earn about 7 points apiece to watch app trailers—which was the entire point of the app anyway, from my understanding. So clicked on one and tried to watch it… just to see what would happen.

A video buffered and loaded for the span of about two minutes, after which, an app trailer loaded, and I proceeded to watch it. It played, and then I canceled out of another video that was about to play, but was a bit miffed to realized that I wasn’t rewarded my 7 points for the view!

I tried to load another video, but it took a while to load. So again, I backed out of the app and restarted.

I tried to load yet another video to watch, but once again, it took quite a while to load—like, 2 minutes or longer! But it eventually loaded, and I watched the ad.

At this point, the app actually gave me all 14 of the points that I was supposed to have had. So I did get rewarded for the previous video. There was just a time delay, of sorts.

How Much Are The Points In AppTrailers Worth?

Next, it was time to figure out exactly how much these points were actually worth—in real-world currency. To figure this out, I went to the ‘Redeem’ button at the top of the screen.

Now, let me just say that the purpose of this review, as usual, is to see if I can actually, feasibly, earn extra cash while using this app. If I can’t actually make any extra money using it, then it’s probably not going to score very high marks with me.

It’s also not going to score very high marks if it takes too long, is too difficult, requires too much of my time, or otherwise frustrates me.

So far, the app had worked relatively well, with some minor glitches—and I had earned a total of 64 points (50 to start with, then I earned the extra 14 over a working period of about 6-8 minutes).

But I wanted to see if it was even feasible to earn any real money with the app. Here’s what I found in the Redeem section. 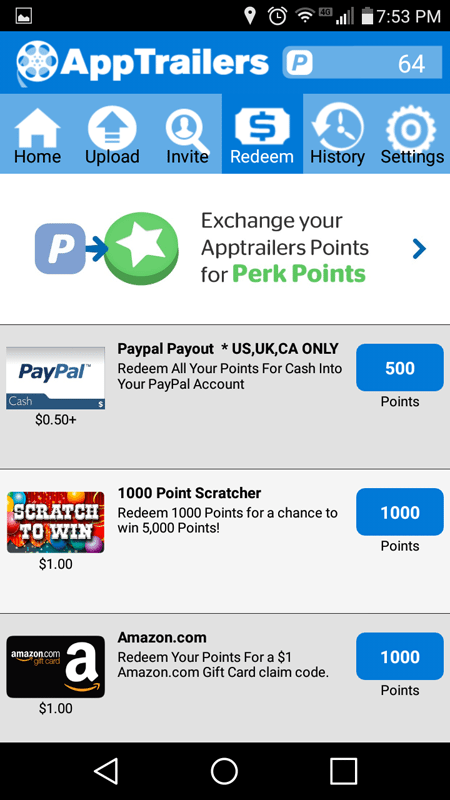 The app will pay out rewards in a number of different ways, based on what kind of card you would like to receive. But I quickly realized that it would take 1,000 points to add up to $1 of real world currency.

I realize that I had only really been using the app for a total of about 15 minutes by the time I had earned 14 credits, and that those credits were earned more in the span of about 6 minutes—but still, it took a while to earn them, and I was not interested in sitting there and watching videos for long enough to earn 1,000 points—much less 20,000 or more, which is what it would take to get $20.

Is AppTrailers Worth The Time?

My answer to this question is probably a no, and here’s why.

I don’t feel like this app gives you enough points for the time it takes to earn them. You basically need to earn 1,000 points to earn just $1 in real life, and it would take a really long time to do that. I worked on the app for a total of about 8 minutes overall, and made 14 points during that time.

That’s about two points per minute. At that rate, if I wanted to earn just one dollar in real-life money, I would need to spend 500 minutes on this app… which equals out to about 8 hours of effort!

Granted, there are ways to increase your point return, and maybe if my phone was better, the videos would load faster. But the app also felt a bit glitchy, and I had to play around with it just to get it to work the way it was supposed to. That ate into my time and took away from the rewards.

At the end of the day, I just wasn’t very impressed with AppTrailers.

Is it a good concept? Yes.

Does it provide an actual beneficial means of making extra cash?

Probably not. At least, not that I can see.

I’ve reviewed apps that require you to play games to earn points (like MintCoins, App Bounty and App Nana), and I’m not a big fan of those apps either—but to me, even those apps are better than this one.

This app consisted mostly of loading screens, slow video buffering, glitchy app behavior, and a minimal amount of time actually spent in the process of earning points. There are other apps that work in a similar way, like Perk TV and Tap Cash Rewards, but I've yet to be impressed by any of them.

Even if the app absolutely gave you your points right away, and if it loaded all of the screens and videos flawlessly, with absolute precision, as soon as you clicked on them, it would still be difficult to actually make real money, because you simply don’t make that much for the time you spend viewing app trailers.

Plus, it isn’t an activity that’s really going to benefit you. At least playing games is fun. This app is just kind of boring.

I hate to be a Debbie downer, but this app just didn’t hit home for me.

Our Final Thoughts About AppTrailers