Can You Really Make Money With The NCP Mobile App? 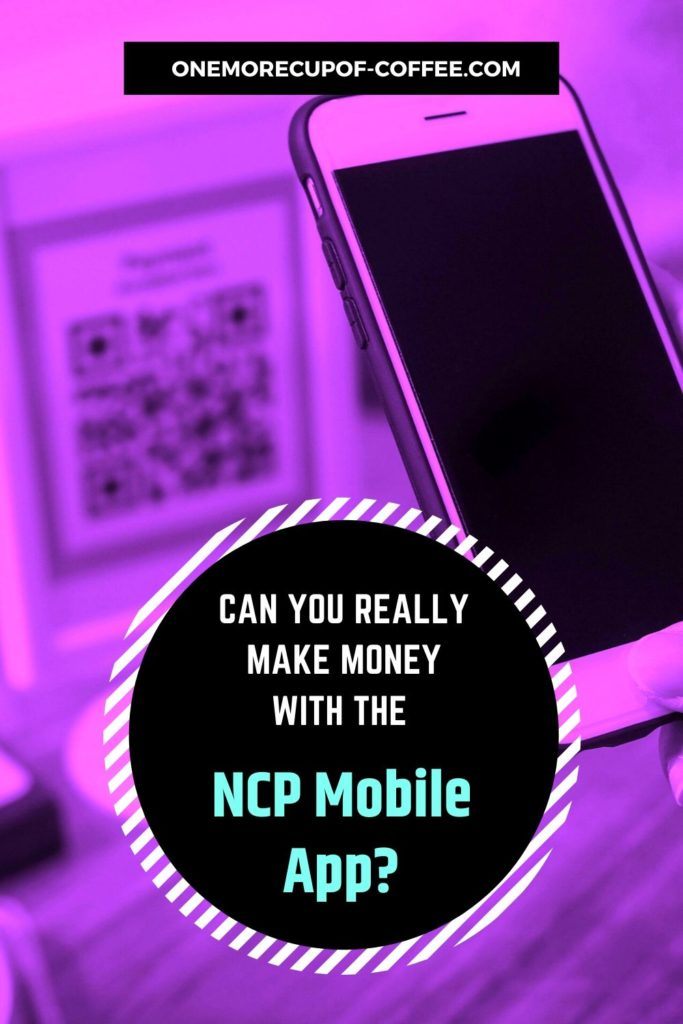 This is an app that I had heard quite a bit about before downloading it. I guess in the old days they used to send out these ‘scanners’ to panelists, who would then use them to scan new purchases… which basically provided the company with market/consumer data.

But this new version of the app allows you to use your phone as a scanner instead! But can you really make money with the NCP Mobile App?

Here’s what I found out over the course of my research.

Before we look into the app, we first need to talk about NCP itself.

NCP stands for ‘National Consumer Panel.’ Here’s a quote from the Read More section of the app description that might help to explain exactly what it’s supposed to do.

“NCPMobile provides registered members of National Consumer Panel with an easy, interactive and fun way to scan their purchases, enter their shopping information and transmit their data to NCP. The NCPMobile app performs the same functions as the traditional handheld scanner used by panel members.”

At this point, a bit further down in the description, I also found out that you have to be a panelist to actually use the app. So I tried to join the panel by downloading the app and following the appropriate prompts.

I will say this right now… I was not a fan of this process. They ask you a lot of questions, and they all seem to be about personal/private information.

They want your name, your address, your birthdate, the names of everyone in your household, their ages, etc. They also want your email address, and also try to get your phone number… though you have an option to opt out of this one (thank God!).

I get pretty miffed when I get asked to provide so much personal data. But I did it, because I wanted to see what the app was like (Yes, yes, you can all thank me in the comments. I took one for the team. What can I say? I like to get to the bottom of things.).

I played 20 questions with the registration process until, finally, I was asked to create a password.

I was then taken to this screen, which was the first in a series of 8 screens that were, seemingly, designed to help you understand exactly how the app works. I decided to make a big collage of these screenshots, just to show you what all they said.

Ok, so I only got 7 screenshots, because before I could get the last one, I was automatically forwarded here. 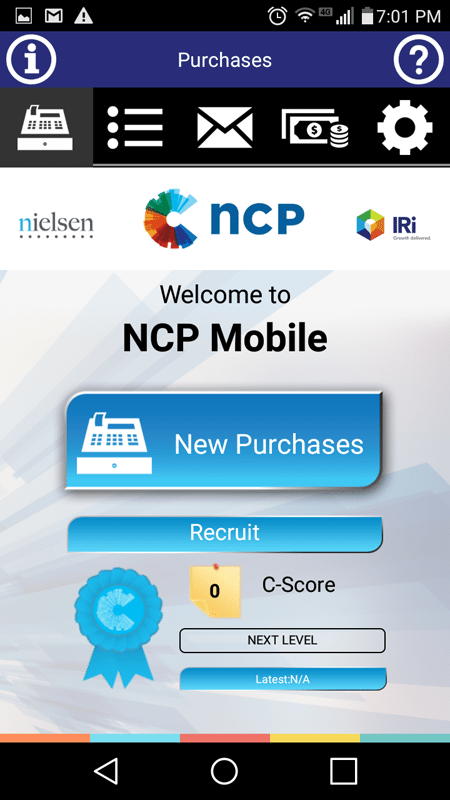 It was time to start figuring out how the app worked… so that’s what I will talk about next.

Figuring Out How The NCP Mobile App Worked

First I clicked on ‘new purchases,’ which took me to this screen. 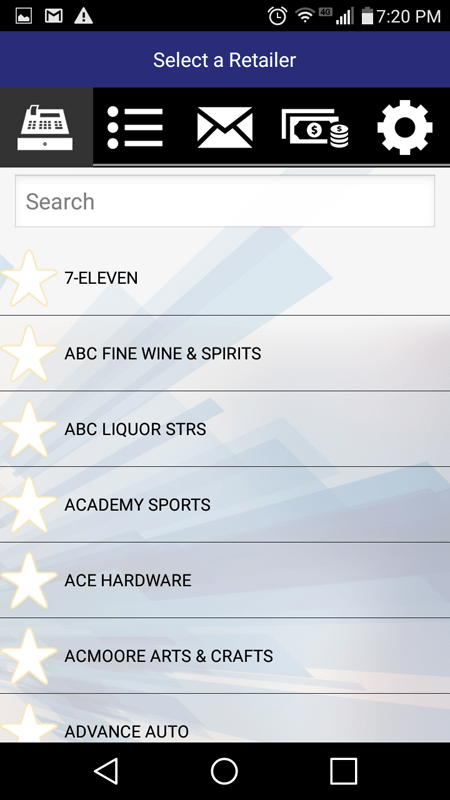 There was a long, scrolling list of different stores that I could select from. Earlier in the day, I had picked up a package that I had ordered on Walmart.com, so I used that purchase for a test-run. The app wanted me to scan the package. Here’s what the scanner looked like. 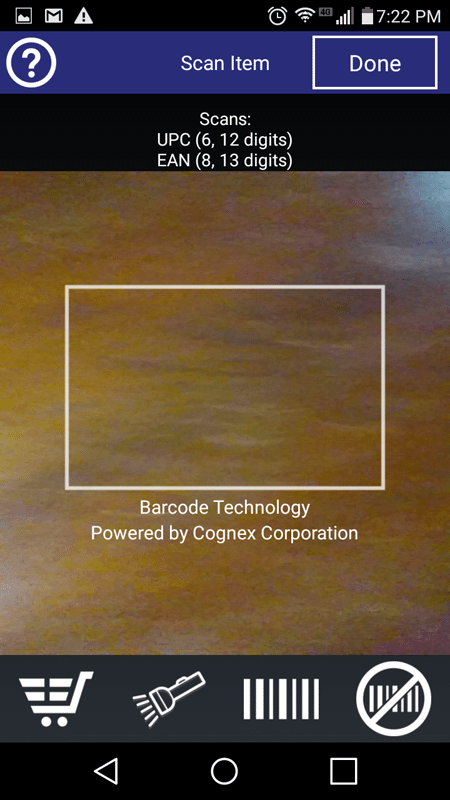 Then, it wanted me to list who the shoppers were (me and the people who went with me to pick up the package), and what year they were born. Then, it asked me about the details of the purchase.

The app wanted to know what I paid for the item, how I paid for it, whether or not I used coupons, whether or not it was on sale, where I planned to use it, and some other information that seemed typical of a market-data research app.

After I got all of this filled out, I submitted the purchase and it was accepted. I didn’t get awarded any points right away, but I figured that this might just take some time.

The scanner on the app actually worked really well. Thus far, the app had performed better than I had expected. The pages were clean and easy to read, it was intuitive, and it was easy to navigate.

But I still hadn’t figured out how much you can actually earn, or how you can cash-in your rewards. Since my purchase had still not awarded me any points, I decided to take a look through the Google Play reviews to see what I could find out.

Here’s the basic information about the app, as far as downloads and ratings go. 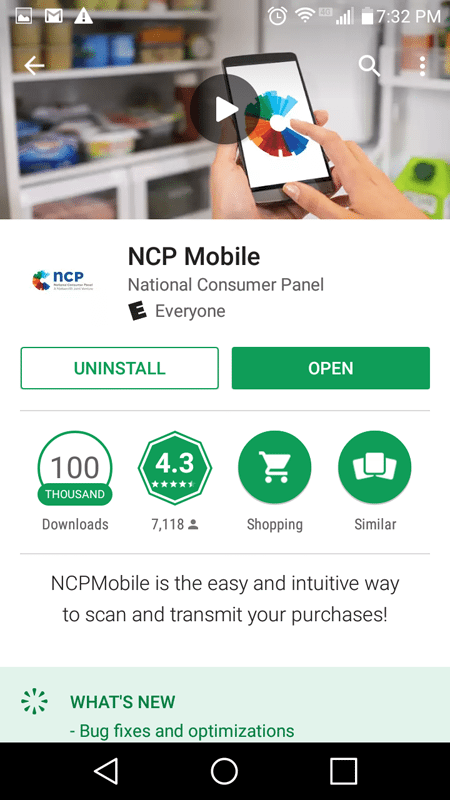 But I still needed to figure out how much people were making on this app, so I took to the reviews to do a bit of digging.

Here’s one review that I found that referenced the points that you can earn. Apparently, this user didn’t seem to think that using the app was really worthwhile. This wasn’t the only review to say so, obviously… but it provides an example of what others are saying. 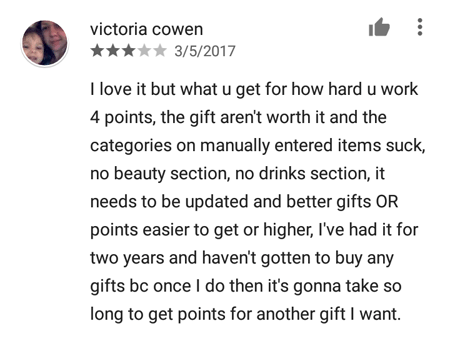 On the flipside, however, I also saw several reviews like this one… which seemed to praise the app for providing awesome gift cards and rewards. 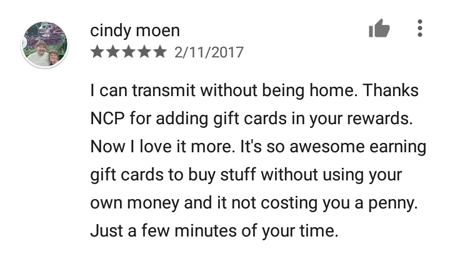 Apparently, this company has been around for a long time—possibly even longer than I thought! Here’s a review from a user who, from the sound of it, has been earning rewards from this company for a long time. There are no specifics mentioned, but the feedback is very positive. 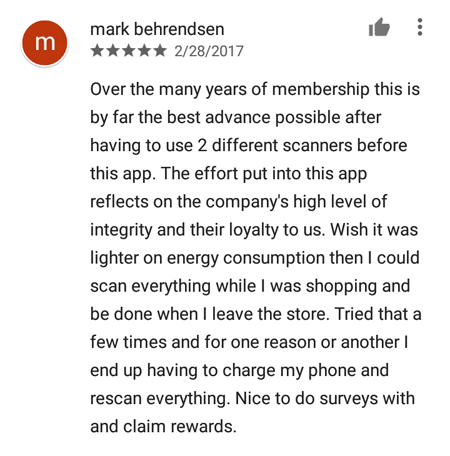 This was the first review that we found that seemed to have an actual monetary value included in it. 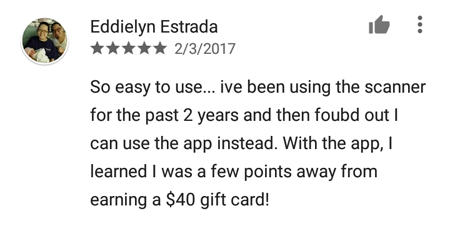 It sounds like this person used the app for a couple of years, and then earned a $40 gift card. That isn’t very much over the course of two years. But then again, this person never said how often they were using the app/service.

I also saw a review where someone said that they earned a $500 sweepstakes for being a ‘super scanner,’ and scanning at least once per week each week of the year.

Another review that I read said that the user had made over $200 in Amazon gift cards just since she had started using the app instead of the old scanner, indicating that there is definitely money to be made using the NCP Mobile App.

Can You Make Enough Money To Make NCP Mobile App Worth Your Time?

When I first started this review, I will admit that I was pretty pessimistic. The registration process was pretty tedious, and I was a bit put-out at having to provide so much personal information.

But, on the other hand, after doing some more research, I have come to realize that this might not be such a bad company (or app) after all. It has a very good reputation on Google Play, and seems to provide some pretty serious rewards for your effort.

You’re not going to get rich quick with this app, but as far as I can tell, it could be an easy way to earn $100 extra per year, if not even a bit more (if you use it consistently and regularly).

Cashing in your rewards is pretty easy, as the app lets you know exactly what you qualify for. Plus, as you level up, you get some bonuses and better incentives, which is cool.

All in all, I ended up liking this app. I can’t believe I’m saying that, because I usually don’t care for these types of apps. But this one was different. The quality was pretty high, and the rewards seem to be pretty top-level for apps of this category.

Plus, this company has been in business for a long time—so it seems as though you can expect to get better service with them than you could expect to get from newer, less-well-known market research panels.

Will I be leaving this app installed on my phone? Maybe. I’m going to give it a try and see exactly how many points my personal shopping habits tend to earn me. If I find that it seems to be worth my time, then I might just have to keep using it!

I was surprised by this one, I’ll admit it. Halfway through my research, I was pretty dead-set against it. But my test and subsequent research changed my mind quite a bit.

If you’re in the market for a market research app with a really good scanner that’s administrated by a company with a seemingly solid track record that stretches back for quite a ways, then this may be the perfect app for you to check out.

It works well, it looks good, and while it takes some time to register for, it can earn you some sweet rewards. Kudos to NCP for designing a pretty killer mobile scanning tool as well! It did what it needed to do with no trouble at all.

If you don't want to spend as much effort answering questions, there are other cash back apps to try out. Ibotta, Receipt Hog, ShopKick and Drop are all interesting examples.

Our Final Thoughts About The NCP Mobile App