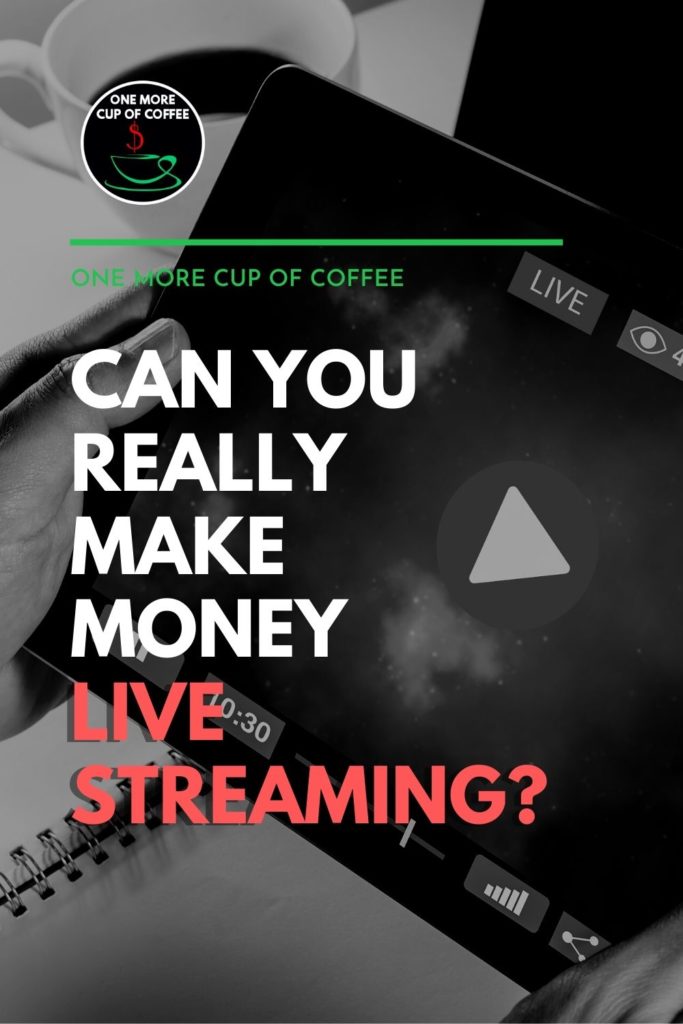 Here’s a potential income approach that is going to appeal to all of the gamers out there – live streaming. With the advent of services like Twitch, it has become incredibly easy for people to stream themselves playing video games and there certainly is a market for this.

You just have to look at some of the numbers of viewers on Twitch to see how popular the trend is. 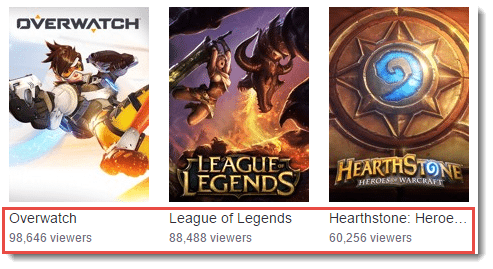 But, how can you make money live streaming and is this even a realistic approach?

The basic concept for live streaming and income is similar to making money from YouTube videos. Both YouTube and Twitch pay users a proportion of the ad revenue that the videos make. The same is probably true for other services as well.

For example, YouTube seems to pay around 50% of the ad revenue, while Twitch streamers get around 25%. However, most people interested in watching live streams do seem to gravitate towards Twitch, so that service may still be best despite the lower income.

At the same time, it is also possible to ask for donations on Twitch. However, this is something that you would have to be very careful with, as most viewers don’t like streamers who do this, so there is a risk that you would lose your audience.

With excellent, fun gamers that don't have a “big name” donations can be fine, and you can even ask for money using Patreon. But if your gaming/commentary sucks, or you grow beyond underdog status, donations might be harder to come by. Here's a full breakdown of the ways you can make money with Twitch.

It’s also worth noting that you have very little control over the ads that are actually shown with your content. Because of this, the income you earn can be very unpredictable and you don’t have the ability to optimize that income. 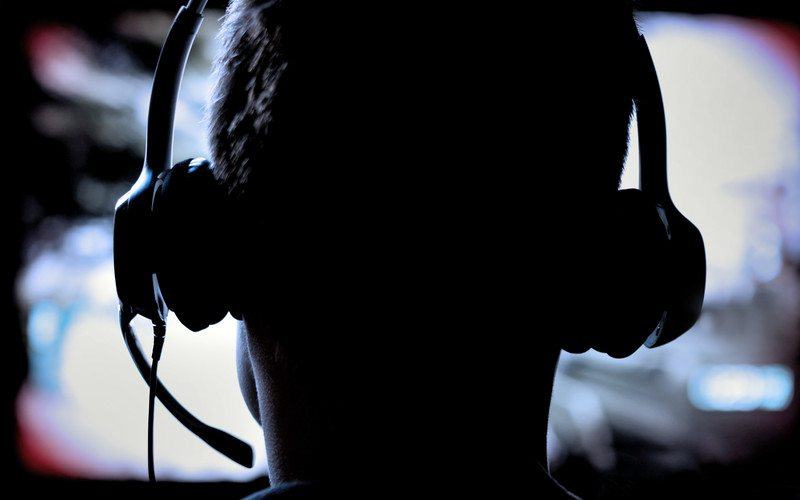 As an income approach, live streaming does have its advantages in comparison to other ways of making money with video games, which is why many people find the concept so appealing. One of the key advantages is that your success isn’t actually dependent on your skill at all.

Now, most approaches for making money from video gaming assume that you have to be a great gamer.

For example, most gaming contests are going to be a waste of time unless you’re exceptionally good. If you are, that’s great – but there are many average (or below average) gamers out there that don’t stand a chance in competitions.

Live streaming is appealing in this way because you can still be successful as a horrible gamer. In fact, many live streams have an emphasis on humor, rather than on seriously playing the game.

Other live streams may focus on other elements, such as showing off secrets in a game. With games like Minecraft, you also have the option of showing off your own creations, like in this live stream here (which has more than 5 million views): 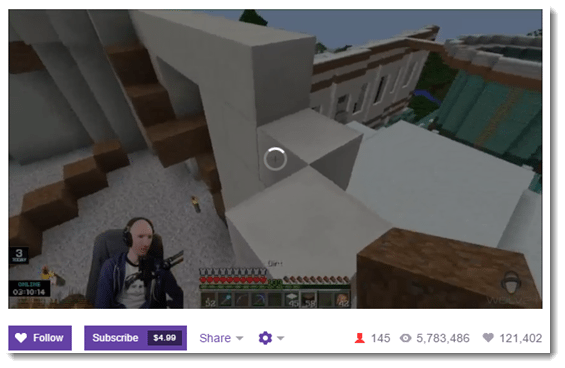 So, there really are a lot of different ways to approach streaming and your gaming skills don’t influence your chance for success.

Additionally, the idea of playing games to earn money is pretty appealing, especially if you already happen to be an avid gamer. This is an even bigger advantage if you love playing a game that is pretty popular among viewers.

At the same time, creating streams like this can be pretty impromptu. You don’t even have to plan what you’re going to do or say (although having some idea is probably a good start). Likewise, there is no post-processing or editing to do which can save you a TON of time!

But, do these advantages make the approach worthwhile?

You Need a Decent Amount of Followers

Just like posting YouTube videos or having a YouTube channel, making money from live streaming is only going to work if you have a lot of followers. Achieving this means that you need to be able to attract interest to your channel and also get people tuning in regularly.

As you can probably imagine, getting that amount of interest is going to be pretty difficult.

Now, live streaming has become very popular, which does mean that there are a lot of potential audience members out there. But at the same time, there is also a huge number of different channels and live streamers out there. That makes for pretty intense competition and it can be difficult for a new streamer to get ahead.

In most cases, your stream is going to need to have something unique or at least unusual to get people to watch it. Even then, you’re still going to have a hard time getting high enough audience numbers to make a difference.

Most live streams are run by males, so you also have a disadvantage if you are a male trying to start a live stream. Females can have a bit of an advantage but this can be difficult to capitalize on, especially as the number of female streamers is growing.

Despite rumors of the gaming community being misogynistic, the vast majority of guy-gamers are thrilled to see a funny or skilled girl-gamer.

Live streaming is time-consuming in two different ways and both of these are a major issue. The first thing is that even if you do manage to get a decent amount of followers for your live stream, getting to that point is going to take time.

So, you may end up doing a lot of streams where you have little to no audience and where you are making no money at all.

When you’re trying to grow your following, you may even find yourself trying to stream upwards of 12 hours a day, simply to try and get a foothold. That’s a lot of time for an approach that might not even get you anywhere.

The other issue is that live streaming takes much longer than simply filming and uploading a video. To make matters worse, your success is going to be partly connected to how often you stream for and how long those streams are. It can be a full-time job! Whatever funny commentary you had for videos 1-3 might be stale by videos 131-133 and beyond.

You Have to be Interesting – Consistently

With live streaming, you are likely to be on the air for hours at a time. This means that you have to stay interesting throughout every video. Achieving that is pretty hard, especially as some of your audience is likely to be the same from one video to the next, so you can’t even recycle jokes or approaches.

Keeping your channel interesting and engaging isn’t easy, particularly if this is your first time trying out live streaming.

Whether or not you can do this is likely to come down to your sense of humor and your ability to create something engaging. Some people may find this relatively easy but most people are going to majorly struggle.

Breaking into the Market

I know I’m painting a pretty dim picture of live streaming, mostly because it is an incredibly difficult market to break into. But, it’s not impossible.

After all, there are streamers out there that consistently attract large amounts of viewers and probably do make a decent amount of money from their efforts. These streams are an example of that:

And keep in mind, you don't have the be the next Pewdiepie millionaire. You can have some OK earnings from a mid-sized following as well. It's not an all-or-nothing situation.

One of the best ways to be successful in this area is to capitalize on a previous reputation.  So, if you already have a popular YouTube channel, you could take advantage of that to drive some traffic to your live stream.

In fact, finding ways to drive traffic to your stream is crucial for getting live streaming to the point where you are actually earning money. This is true regardless of whether or not you already have an online presence.

Most people recommend using a YouTube channel as a way to boost interest in your live streaming and the connection certainly is a logical one. YouTube does get a huge amount of traffic and it is a good way to convert video watchers into people who are willing to watch streams.

However, there is another approach, which is often overlooked.

This is the idea of using your own website to drive interest to your stream and increase the number of viewers. This approach isn’t frequently used, which does give you an advantage.

Additionally, having your own site gives you the ability to target a different audience and to increase the number of people that are interested in your stream.

Having a brand, or a niche audience so you can target specific types of gamers that will be interested in your content is a great way to build a business around gaming, rather than just “playing video games online”.

In fact, having your own website is a powerful tool for making money, regardless of whether or not you are interested in live streaming.  One of the key advantages of your own site is that you have control over everything.

This means that you can use the site to promote a live stream or you could use it to promote products from another company, through a process called affiliate marketing.

How To Make Money Selling Games Online As A Business
Next Post:Can You Really Make Money Starting Your Own Professional Networking Group?