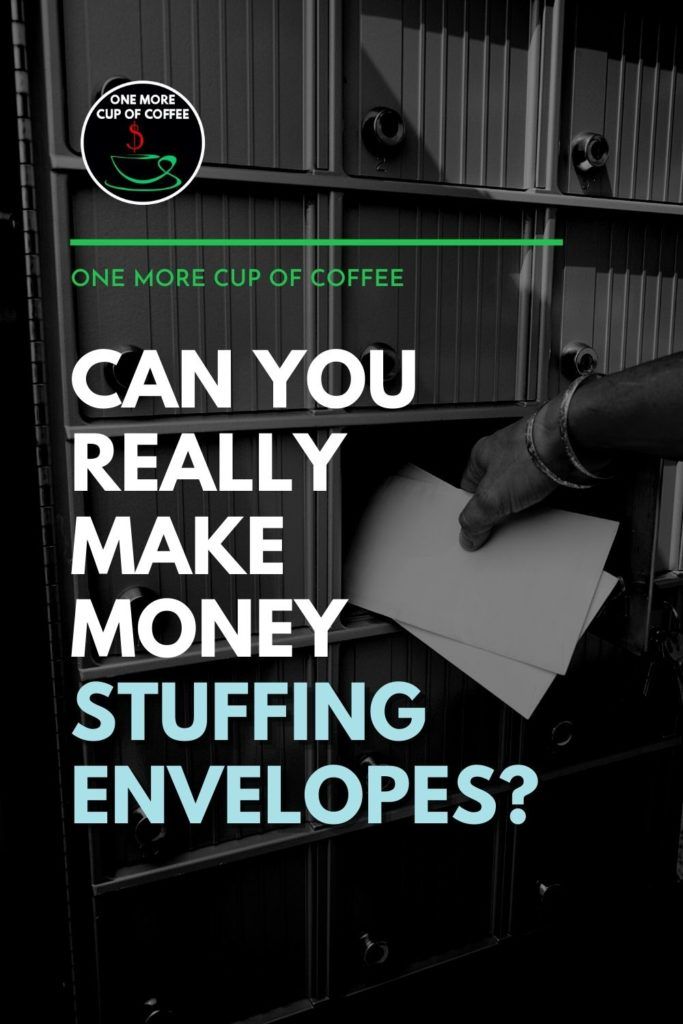 There are many potential ways to earn income from home. Some concepts really work, and others are outright scams. One concept that is doing the rounds is envelope stuffing. Is it legit or is it a scam?

The idea sounds fantastic, albeit slightly boring. Sure, stuffing envelopes is a low skill job, one that you could easily do simply sitting at home and watching television.

This is the main appeal – people want to stuff envelopes after work, at home. If you're without a regular job and stuck at home all day, the idea that you can supposedly make a ton of money doing this makes it even more appealing as a business opportunity.

But, can you really make money stuffing envelopes? And, would you want to? 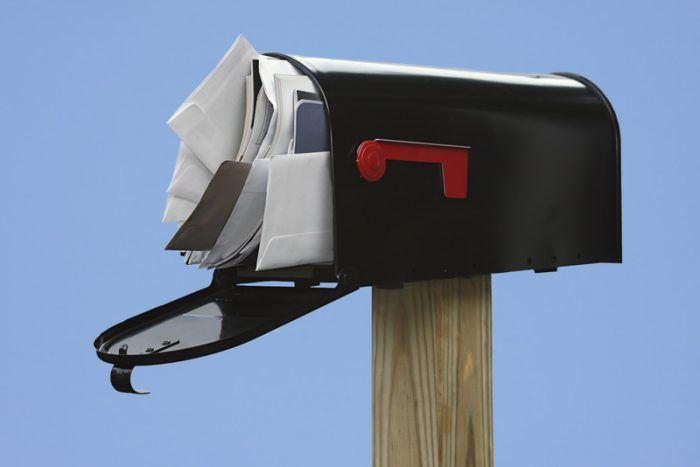 You’ll often see this type of marketing online but similar ads are also present in newspapers classified, on Craigslist, on flyers, and in countless other locations. Sometimes the phrasing even makes envelope stuffing sound like a job offer.

But, to actually get started, you have to pay a fee. Sometimes, this might be small, like $10. In most cases though, you might be paying $30, $50, or even more to get started.

Once you pay that fee, you’re then sent information about what to do. Often this involves telling you to copy and print off a flyer that they send you,  and start to mail that to friends, family, and anyone else you can think of.

That flyer is promoting envelope stuffing. This means that you basically earn money by getting other people into the system. Similar patterns are seen with other ideas, like sites that claim you can earn by sending emails.

Keep in mind, all the meanwhile you’re paying for envelopes, stamps, and other materials out of your pocket. Doing so can quickly get expensive, especially as you’re not likely to get a high response rate for your troubles.

By extension, you’re not actually getting paid for the envelopes you stuff at all. Instead, any income that you make will come from how many people you get to send you money.

There are variations, of course. For example, some programs charge a much higher upfront fee and supply you with the envelopes and stamps, rather than making you buy your own. Likewise, some may suggest that you promote online as well, such as through social media or your own website.

But, whatever way you cut it, the underlying concept is a recruitment and you’re recruiting into a misleading and manipulative program. Plus, you’re not getting directly paid for envelope stuffing, despite what all the marketing claims.

Without a doubt, envelope stuffing is a scam and a nasty one at that. After all, what you actually end up doing is nothing at all like what the marketing claims. But, that being said, you could technically make money from the process.

Basically, envelope stuffing works like a pyramid scheme in that the whole goal is just to get other people involved. So, if you sent out enough ads and managed to get others involved, then you may earn a commission as a result (assuming the company actually pays out – which is far from guaranteed).

But, that’s an incredibly manipulative approach and it’s also unsustainable. In particular, the only reason that people sign up for stuffing envelopes is that they believe all of the hype.

As awareness of the scam grows in your local area, the potential to recruit people would drop dramatically. At best, you may be able to make a little money for a short space of time and that would be it.

It may also be difficult to actually get others involved in this type of system. Instead, many people will realize that the approach is too good to be true and simply won’t be interested.

There is also a risk involved. For example, the FTC officially labels envelope stuffing schemes as a scam, while the United States Postal Service says that it is one the most common type of work at home scams out there.

With the approach so widely recognized as a scam, there is a chance that you could even get in trouble for promoting it. After all, the marketing for envelope stuffing schemes is incredibly misleading.

Speaking of risk, there is no guarantee that you’ll actually get paid. After all, many of the companies are very manipulative and make claims that simply aren’t true. There’s a good chance that they won’t follow through with payment either. Why risk that?

And, aside from all of this, why bother anyway?

The general concept of envelope stuffing just boils down to recruiting people. But, if you’re going to recruit, why not at least do so for a decent company – such as one that offers products?

Alternatively, why not sell things from your own website? The truth of the matter is that stuffing envelopes for cash is never going to work well, regardless of the specific company.

Any discussion on envelope stuffing scams seems to lead to countless questions about which options are legitimate. After all, there are many different companies that claim you can earn money stuffing envelopes. Even if most of those are scams, some of them must be legitimate. Right? Well, not really.

There are many industries similar to envelop stuffing where there are many scams and some options that are legitimate or close to it. For example, you can earn income with some money-making apps, although the ratio of time to income sucks and there are some risks along the way. The same is true for data entry.

While I would never recommend approaches like that or companies that follow an MLM model (like Creative Memories)– you can earn some money if you choose the right company and are strategic about your decisions.

Envelope stuffing is different. For one thing, the logic simply doesn’t make sense.

Why would any company actually pay you to stuff envelopes? There are machines that do the same thing and are much more efficient at it. There is no practical or financial reason for companies to outsource that process.

And, even if there was a situation where manual envelope stuffers were needed, there is no way that a company would randomly recruit people online to do so.

That would be an extremely impractical approach, especially as the company would have no way of knowing who it was recruiting and whether they would be any good. Instead, most companies would choose to outsource in a different way, such as through an agency or by hiring a local printer.

For example, some local businesses may pay people to stuff envelopes, especially if they don’t have the turnover to invest in the equipment needed. But, you wouldn’t find those jobs online and they wouldn’t be promoted as being an amazing way to make money. In most cases, the process wouldn’t be offered as a job at all.

If, by some incredible chance, bulk envelope stuffing did exist as a service (which again, doesn’t even make sense) – it wouldn’t pay well. Stuffing envelopes is a job that requires no skill or training, meaning you would probably be earning pennies. You certainly wouldn’t be earning $5 per envelope, as the site 1200 Weekly likes to suggest.

For example, a commenter on this topic mentioned paying 5 cents per piece of mail, which seems more realistic. This was also a fairly small local business, meaning that they didn’t have a large volume of work. They also didn’t advertise the process as a job online.

The simple answer is that you will never find legitimate envelope stuffing jobs online. Instead, most (if not all) of the ones advertised are simply the scam discussed above. Any that aren’t will have their own limitations and issues – and certainly aren’t a viable way to earn money.