Get A Job Writing Comedy 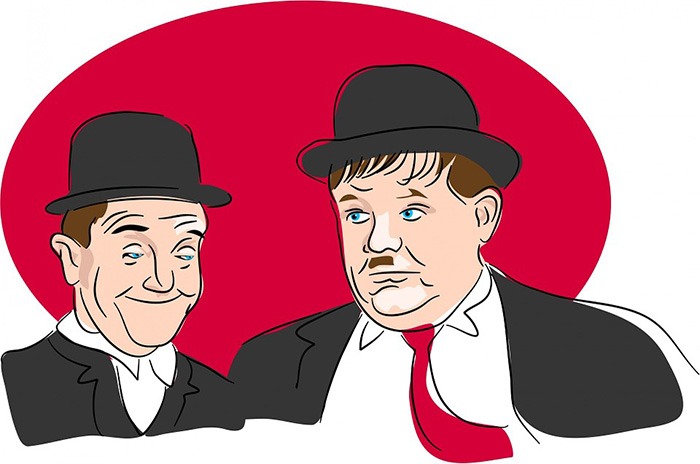 Are you a funny person? Do you enjoy making others laugh? If you do, you might be able to get a job writing comedy. For many, this can be a fantastic role. It offers the chance to entertain, without you needing to stand on a stage.

So, if this sounds good to you, where do you start? In this post, I’m going to show you some of the different angles you can consider, along with what you need to do.

When it comes to comedy, there are countless different jobs out there. Some people end up writing the jokes for comedy shows or even entire scripts for mainstream TV shows. Others produce may end up producing written comedy, like a novel or a collection of stories. And, of course, there are many other options that fall into the middle.

And, if you’re a good writer with a keen sense of humor, you can go far.

More than anything, the trick is breaking into the industry. If you want a formal job (like working on comedy shows), you have to get noticed and be taken seriously. This is true regardless of the area you’re interested in. To do so, there are various approaches you can follow.

Even if you have a natural gift for comedy, improving your skills is critical. You need to be constantly learning and paying close attention to what works and what doesn’t.

For example, if you’re wanting to write for TV shows, you’re going to need to do more than just watch a few. Instead, you’ll need to pay close attention to their scripts and the ways they balance comedy with storytelling.

You also need to know the specifics of your field. For example, TV and movie scripts follow specific conventions and you need to know these. You may even want to take classes. If so, focus on ones that teach writing comedy and those that emphasize the type of writing you want to do.

You can also use reference books to develop your skills and to learn more about the field. Articles and autobiographies from successful comedy writers may teach you additional tips, along with ways to find success.

Comedy is a large genre and there are many individual types and styles. Every writer will also have their own approaches, which fit better in some styles than in others. For example, the comedy used in Family Guy wouldn’t work in a show like Arrested Development. Likewise, the styles used in stand-up comedy are different again.

To make your mark, you’re going to need to focus on the type of comedy you want to write, especially when building your skills. This will include doing considerable research and looking at the humor used in related works.

The better you know the style you’re targeting, the more likely you are to find success. This also means learning as much as you can about any shows that fall in this area.

You also need to learn about the audience. Who are the jokes intended for? After all, some comedy would work well for one audience but would fall completely flat with a different set of people. Again, the more you know, the better your chances.

Start At The Ground Floor

Being successful in a large industry partly comes down to your skills. But, it’s mostly about who you know. You can’t make those connections overnight. Instead, you have to build them over time.

Doing that often involves taking any position you can find. If it’s in the industry, you have the chance of progression. For example, one of the writers for The Mindy Project was once a page on the Late Show With David Letterman and her job was to tell guests where the bathroom was.

Hardly glamorous work. But, such roles gets you interacting with players within the industry. And, over time, that can turn into connections, which then give you opportunities.

Skills and connections are both important but they’re not everything. Instead, luck plays a part as well. Careers often begin with a chance meeting with the right person at the right time.

This isn’t something you can force but getting involved in the industry certainly helps matters. The more involved you are, the better the odds of interacting with movers and shakers.

Rejection is standard fare for writers – and this is especially true in large industries. Many places will have hundreds of interested writers. Some of those might be good, others won’t be. With so much competition out there, even getting noticed is difficult. Actually getting work is much more challenging still.

And, even if you get a job, the rejection doesn’t stop. Instead, writers might submit dozens of jokes for a specific piece and may find that only a few (if any) make the cut.

So, if you’re going to be successful – expect rejection and get used to handling it.

Getting Jobs Outside Of The Industry

Writing for TV, movies or working with comedians are all powerful jobs, if you can get them. But, they involve considerable time and energy – along with a large amount of risk.

For people with the talent and passion, this direction can be a powerful one. Still, it won’t always be the best choice. Some of you may have families to support or career commitments that you don’t want to break. So, how do you write comedy without investing everything in the field?

What Do You Want To Write?

If you’re going to make money, you first need to decide what you’re going to write. For example, is your focus on scripts or jokes, or are you interested in writing creative pieces that use comedy skills?

What you plan to write will strongly influence where you can find work. So, if you’re just interested in scriptwriting, then the industry is your main option. But, as Den of Geek highlights, there are some other places where you can submit a script.

Likewise, there aren’t many places that pay for jokes. There are some options but you’ll have to do some digging to find them. The field is similar to what you find with writing quiz questions.

In contrast, there are many opportunities for comedy writing. This could be any genre of fiction (or non-fiction) that also contains some humor. Some examples would be romance, fan fiction and even horror. Many places may also look for funny blog posts – on pretty much any topic.

One direction is freelancing. Freelancers are simply people that sell their skills. Many of them are freelance writers and operate in a variety of fields. With freelancing, your work wouldn’t be as high-profile. But, getting started tends to be easier.

Many people turn to sites like Upwork, where work is offered in many different fields. These aren’t jobs in a traditional sense. Instead, they are tasks, often ones that are fairly small.

So, one job might be to write 100 jokes. Another might be to create 10 comedy-based articles. Some jobs are more unusual, like being a comedic co-host for an online series.

With so many different tasks out there, there’s a good chance that you’ll find something you’re interested in. And, if nothing else, the sites are worth checking out. Some people manage to make contacts by doing so, which can turn to more work down the road.

Finding Your Own Work

Freelancing sites are nice – but you’re limited to the jobs that people list. You’re also faced with intense competition and finding profitable work can be tough.

Another idea is to look for companies that pay. For example, the site Freedom with Writing offers a list of sites that pay for comedy writing, including places like Reader’s Digest. The amount you can earn varies but the sites are worth checking out.

You can also approach companies directly. So, if you find a website (or a physical company) that publishes content you like, you can pitch ideas to them. In fact, you can even pitch your work to comedians directly.

If you do so, being respectful is important – as is being patient. You’re likely to get rejected time and time again when pitching work, regardless of how good it is. But, success isn’t impossible. Instead, you simply need to pitch the right thing to the right person at the right time.

The best way to do that? Simply keep trying.

And finally, you can money on your own. For example, some comedy writers focus on writing their own books. The demand is always there – and services like Kindle Direct Publishing make creating your own eBook fast and easy.

Some people also create their own sites. Being a comedy writer can even give you an edge in this business. After all, funny content will grab your audience’s attention. This alone helps you to stand out from the crowd. Plus, with your own site, you get to choose what you write about.

All of these ideas have potential – and they’re not mutually exclusive. So, you might try various approaches at once. The main idea is to find options that fit your style of comedy and what you want to do.