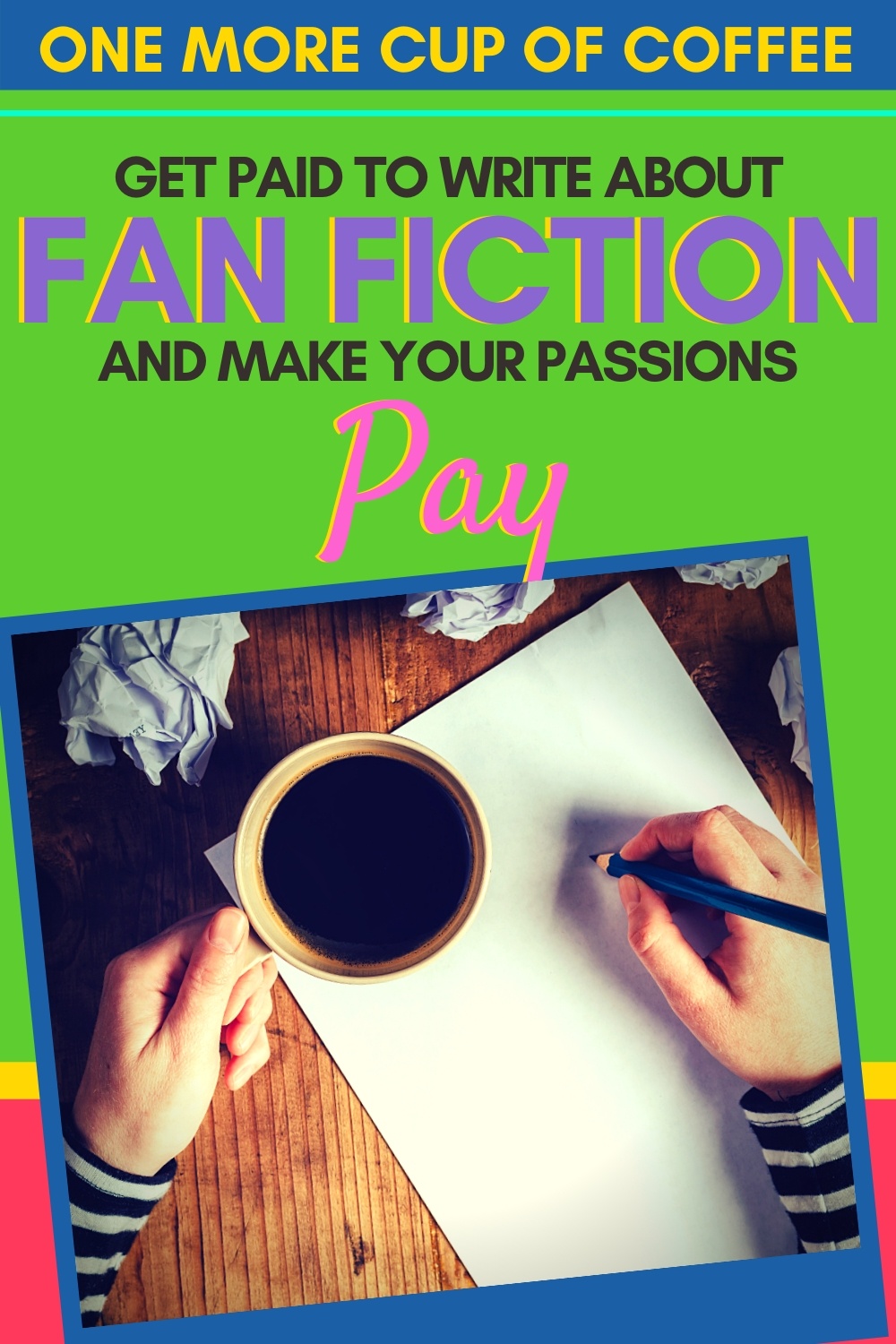 Aspiring authors don’t normally think of fan fiction as their ticket to fame or to wealth. In fact, they may think of it as their guilty pleasure, but did you know that you can get paid to write fan fiction?

You’ve watched the series, read the books, played the video game: now you have a hole in your heart, and with reluctance to say goodbye to the mesmerizing characters and world that enveloped you for days, weeks, or months, you fire up your laptop and begin your grand redesign – this, this is how the story should have gone. Or could have gone. And so it begins.

The thing is, you’re not alone: people love their fandoms! And not everyone is a writer, so that’s where someone with your passion and writing skill comes in – you get to help other people experience your favorite universe and characters through your eyes.

Not only does one of the most popular fanfic hosting sites, Archive of Our Own, host over 25,000 fandoms, but it is home to over 1.25 million users. How can you tap into an audience like that?

Sit back with me and let’s get into the nitty gritty of writing fan fiction for profit. We’ll discuss different avenues, legal concerns, and inspiration versus imitation.

In terms of legality and ease, this is one of the ideal choices.

Amazon’s Kindle Worlds hosts a modest but robust 86 licensed fandoms, meaning they have permission to publish works from a select but popular number of licensed universes, such as L.J. Smith’s The Vampire Dairies universe, or the television series, Veronica Mars. They started out with only 15 universes, so look for the number to expand more in the future.

Potential authors don’t need agents, they can simply submit their work through the self-serve submission portal after following Amazon’s guidelines for submission. If you choose this route, it is wise to keep a few things in mind. These considerations are not necessarily negatives, as long as you go in with your eyes open.

If you create a new character in one of these universes and submit it to Amazon, bear in mind that everything about your story, including that character, falls under the world owners copyright.

If they make a movie or other media with your new character, your contract with Amazon does not require the studio or publisher to pass revenue from the new source of royalties on to you. You also may not get credit or recognition, should the studio of the world-owner decide to use an element or even the whole of your story for a movie or tv series.

The world-owner could also come after you for using something that you signed over to them as a part of their universe. There are other rules about your use of the work that you wrote if you publish it through Kindle Worlds, so be sure to read the fine print before submitting or even writing a story.

However, you are getting paid to work with someone else’s intellectual property in a legal fashion, so if you are careful about the incorporation of original characters and ideas and avoid the inclusion of anything you might want to use in your own work at a later date, you should be okay.

One benefit of publishing fan fiction in this fashion is developing a loyal audience through Amazon’s built in advertising (if your story sells, they make money, too). The trade-off to the limitations we’ve discussed would be capitalizing on the success and popularity of someone else’s world in order to bring attention to your own craft and talent.

Even aside from the revenue discussed here, think of how great it might be to have a following of readers already familiar with your content and style, eager to read anything you publish, once you are ready to publish your own original content. 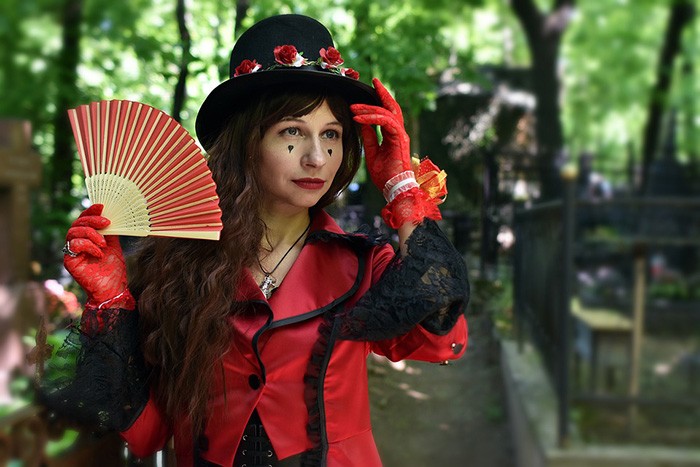 Rewrite Your Project as a Completely Original Story

If you feel confident you can riff your inspired story idea into something completely your own, consider redrafting your work.

On the other hand, if your idea is original enough, do you really want it to be a part of someone else’s universe? Or would you prefer to re-engineer the story in a new and original universe and characters?

Fifty Shades of Grey started out as a fan fiction that reimagined the Twilight characters Edward and Bella in a completely different setting and type of relationship – where Edward and Bella exercised abstinence until marriage, the relationship between Grey’s Anastasia and Christian is far from the type of restraint shown in Twilight. Both stories play with the power dynamics between the main characters, using different approaches to do so.

While I’m not going to argue the merits of either story, this is an example of someone successfully taking an idea for a fan fiction and recycling it into a publishable original work. It’s important to note that Stephanie Meyer, the author of the Twilight series, could have elected to sue E.L. James, the author of the Grey series, but it is likely Meyer elected to refrain because she or her legal assistance recognized that the new work was different enough from her own that the courts would be unlikely to rule in her favor.

Being that we can’t guess the outcome of the above hypothetical case for sure, this is definitely a path to follow with care. You may wish to recruit someone with discretion (or a non-disclosure agreement) to evaluate the similarities between your stories if you have any doubts, before attempting to publish or self-publish.

Warnings and cautions aside, sometimes watching a show or reading a book can inspire an idea that doesn’t necessarily involve or need to involve the universe and characters that triggered it, and that’s when this might become an option for you.

Fascinated by Arthurian legend? Dazzled by the exploits of Robin Hood and his Merry Men? Intrigued by Sherlock and Watson’s investigations? These and much more are characters available under public domain.

(Bear in mind – some Sherlock Holmes stories are not yet under public domain, so be sure to consult the licensing for each individual story if you choose to use elements from a specific story as opposed to the characters themselves, to avoid copyright infringement.)

This is another relatively low-hassle way to write fan fiction for profit without the risk of copyright infringement. Bonus: these characters and universes can be so much fun to play with in fresh scenarios and plots.

Think of tv series such as Sherlock! and Elementary¸ which transpose Sir Arthur Conan Doyle’s characters into modern times. Or the regular and numerous recurrences of new spins on tales of King Arthur and his knights, such as the female-centric book and movie, The Mists of Avalon, the gritty 2017 King Arthur movie, or the older but fantastically whimsical NBC miniseries, Merlin.

Each of these examples shows how you can use established characters and universes and make them your own in a new and unique storyline.

The great thing about using these types of stories for inspiration is that the more time goes on, the more stories will be available to you to reimagine and recraft with your own unique spin.

As with most other types of niche writing, you could also opt to start your very own fan fiction blog. If you go this route, the sky is really the limit in writing about your favorite characters, shows, and video games.

It's also much easier than you might think. Once you establish your own website and start plugging away at the keyboard, you can be on your way to making great money doing something you truly love to do.

Your own blog and website could approach your love of fan fiction in a number ways. You could offer reviews on your favorite works of fan fiction or you could use it as a platform to promote your own.

Your final earnings in any of the routes we've explored would ultimately depend on your drive and success, but one thing is for certain  — You really can get paid to write about fan fiction.

Get Paid To Write About Football — Turn a Favorite Hobby Into Income
Next Post:Get a Job Writing Obituaries – It’s Not as Morbid as You Might Think