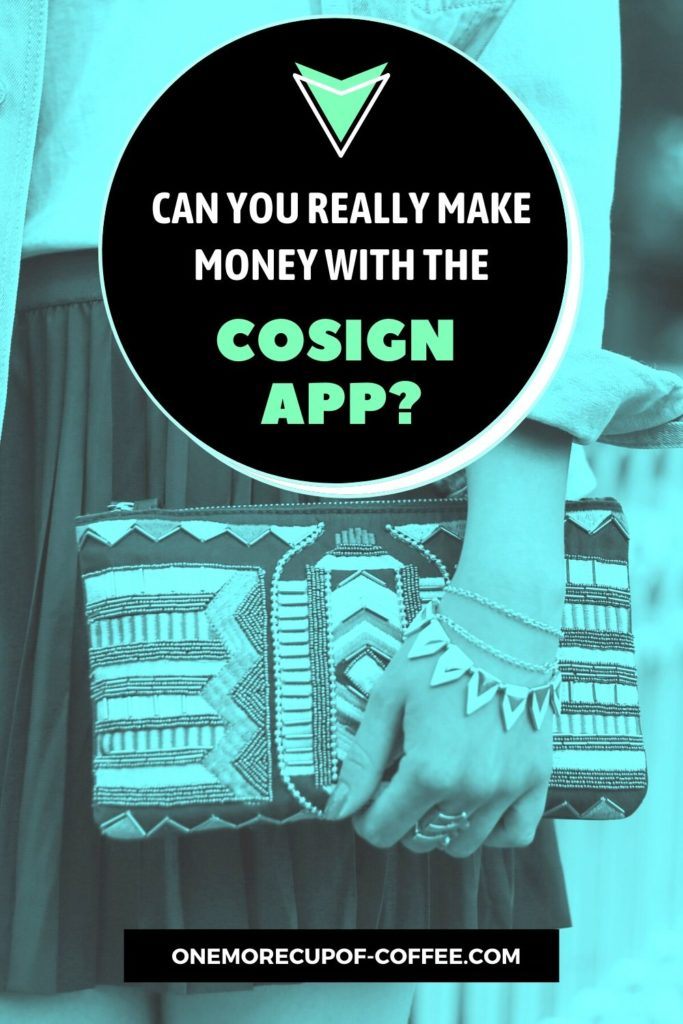 This app claims to make your photos ‘shoppable.’ But can you really make money with the CoSign App?

I’m a bit of an amateur photographer, so when I get the chance to take awesome pictures, I generally take it. I also like to showcase my photos to friends on social media, put them on my sites, etc. I am definitely an amateur, but I am ‘motivated’ and ‘artistic,’ for sure.

With that being said, I am always on the lookout for ways to find little methods for earning extra cash with my camera when the opportunity allows… so on that note, the CoSign app looked quite interesting to me.

So, is it possible that this app could give me an avenue to earn a bit of cash with my amateur photography habit?

Making Money With The CoSign App

To begin with, how does the whole process work?

Well, CoSign is an App that is said to make your photos ‘Shoppable.’ Here are the Google Play Stats… 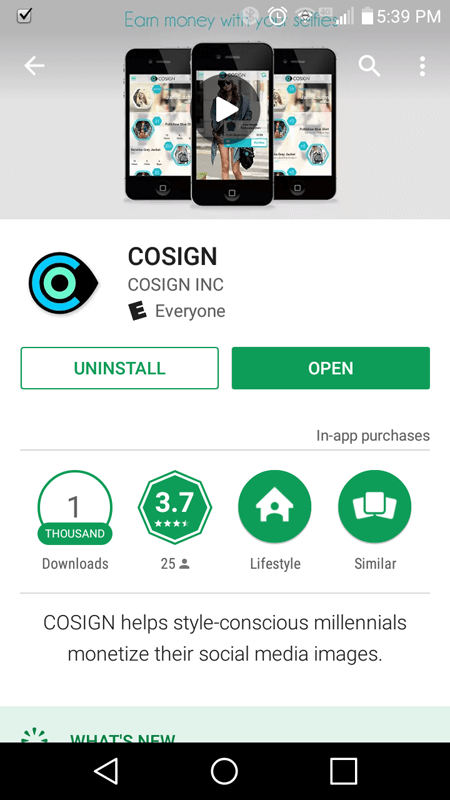 With 1,000 downloads and 3.7 stars, this is certainly an app with some promising numbers (though the download count is admittedly low for such an app. But we will get to that later). After downloading and opening it up, we were taken to this intro screen.. 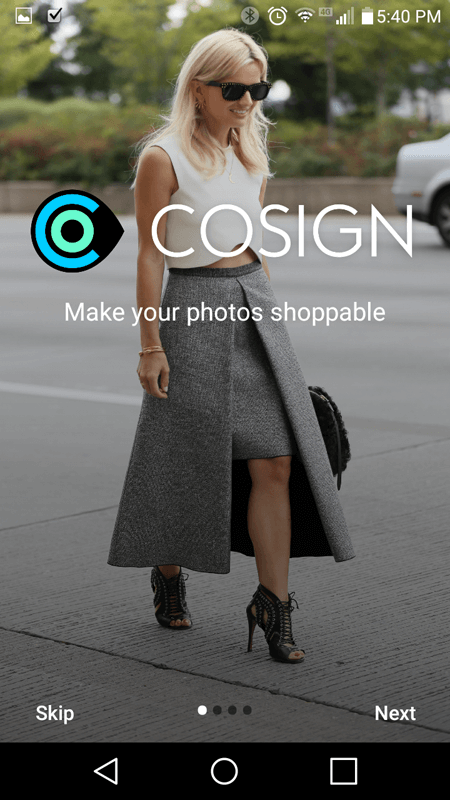 So far so good.

This was the first in a series of screens that gave us some pretty good information about the app and what it did. Here is the basic summary of what I learned…

After this, I logged in—which was pretty easily done through Facebook. After this, I was taken to the ‘main hub’ of the app, which looked like this (minus my name and picture… as I do not wish to show this personal Facebook information online! Lol). 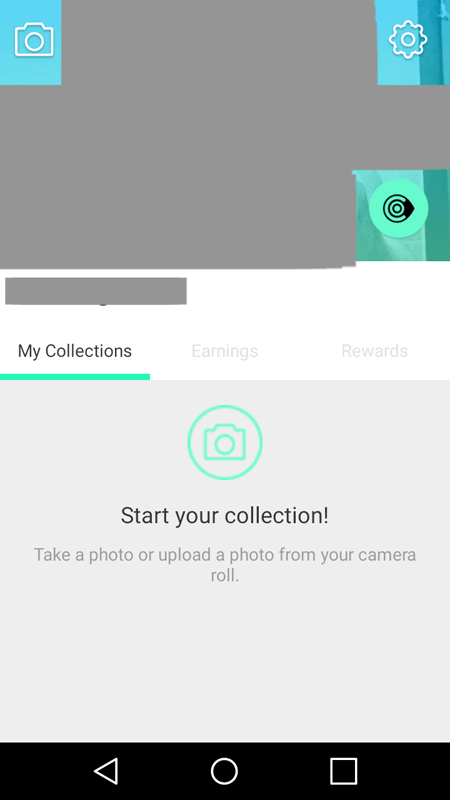 Now, I was ready to start taking a look around. Here is what I found.

Taking A Closer Look At The Inside Of The CoSign App

First, I noticed that there was a place here to ‘Start your collection!’ I could also scroll over to an Earnings Tab, as well as to a Rewards Tab. None of these had anything in them yet, however, as I had not really started to use the app yet.

So next, I clicked on the Settings Icon located at the top right part of the screen. This is what popped up. 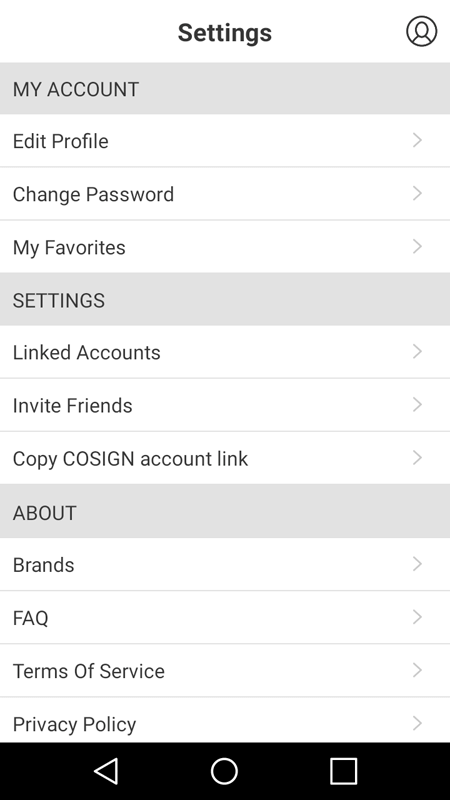 As you can see, there was a lot of information available here. It is nice to see that this app has so much incorporated into it, and that so many of the settings are within easy reach. 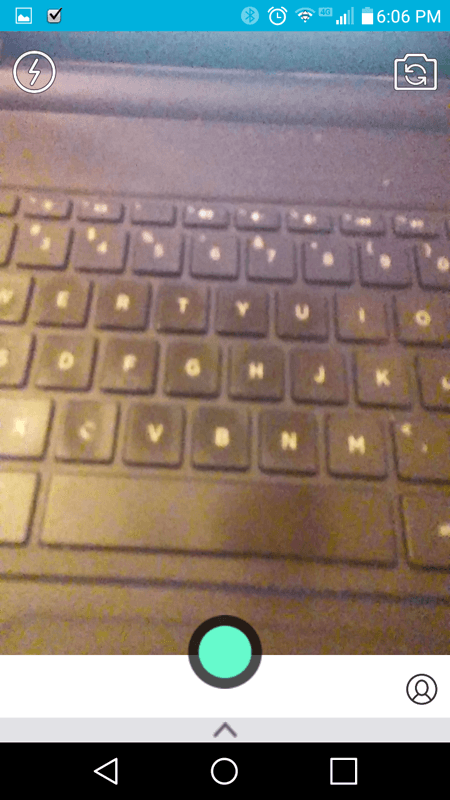 I took a picture, and ended up being able to touch the photo to add tags. Here is what that process looked like. 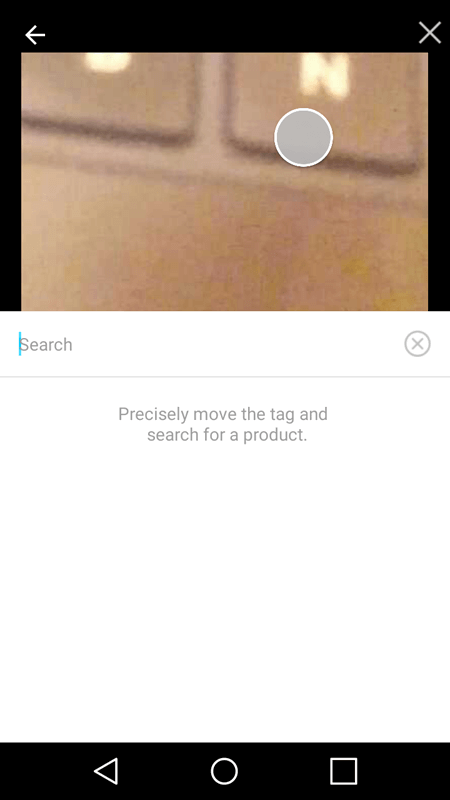 You can then search for the brand/product that you wish to tag, and create the tag that way. These tags can also be deleted, moved, or edited as needed. From the looks of it, you could fill the picture with as many tags as necessary to add the products that you are using. 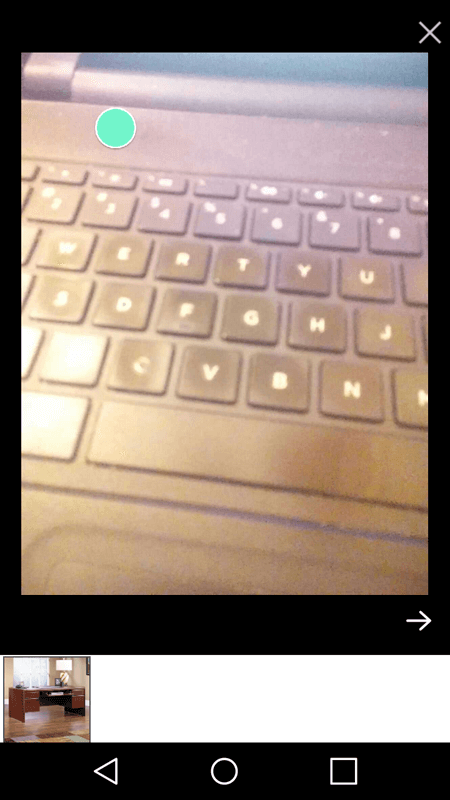 I obviously didn’t really have anything tag-worthy in this photo, but I wanted to add a tag to show you what the end-product looks like from behind-the-scenes. I tried to tag the actual make and model of my laptop… but from the looks of it, that was not an option.

Once I did this, I exited out; and the photo was automatically saved. Then I backed out to the main hub, and as you can see, I now have an item in my ‘collections' Tab.

Note that I did not choose to ‘share’ this collection yet! You can create collections without sharing them, which is actually pretty cool. Once you are ready, though, it is a simple matter to go into the app and share what you’ve created.

That is about it as far as creating collections goes.

But how do you get paid?

Getting Paid On The CoSign App

Ok, so as it turns out, getting paid on CoSign is actually a bit more complicated than you might think. Unlike other photography-related apps, where you simply sell stock photos (such as Foap or Clashot), CoSign is an app that allows you to earn commissions on products that you tag in your photos. So, in a sense, this is like an app for models who want to earn cash on the items they model.

You can see how this all works here, in a screenshot of the Rewards Tab. 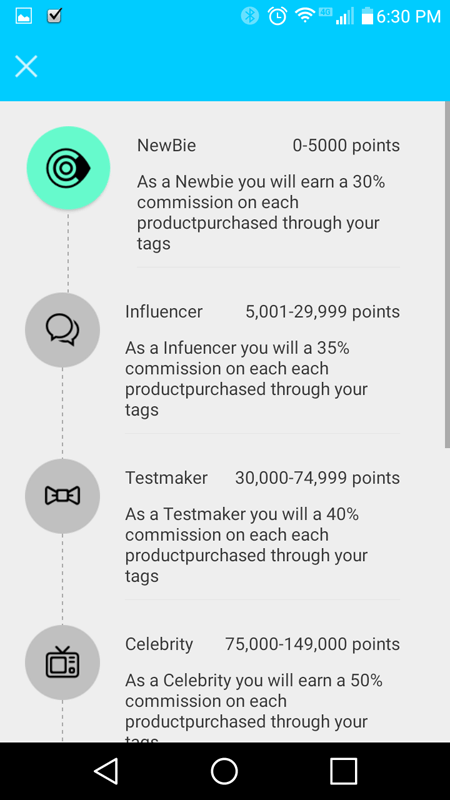 You earn 1 point every time someone taps or clicks on the tagged item to bring up the product purchase window.

You earn 5 points every time a user clicks or taps the ‘like’ button within the product purchase window.

You earn 10 points if a user taps or clicks the buy button to go to the retailer’s page.

And of course, on top of these points, you also get commissions on sales.

Now, right off the bat, I was a bit skeptical of some of this. These sound like some serious commissions. How can the app guarantee commissions on so many different products?

I noticed previously that not many people had downloaded the app, and that there were not a ton of reviews for it in the Google Play Store… but I still wanted to see what other users were saying about the app in their reviews… so that’s what I took a look at next.

As of the time that this was written, CoSign must not have been a very old app… because there were only 25 reviews to check out… and most of them had no written text!

A bit surprising to me was exactly what people said in these reviews, though! The number one complaint seemed to be that the app was glitchy and slow. But another common complaint was that people could not find the products they really wanted to tag in their pictures.

It would seem, at this point, that the app is indeed still quite young, and that these issues may be fixed over time. But, at the current moment, there were indeed quite a few problems.

The app developers commented, saying that they were going to fix the glitches. They also said that they planned on adding more products over time… but as of yet, the app was a bit limited.

I mean, not being able to tag most products that you would want to sell in your photos could get very frustrating, and almost defeats the whole point of the app.

Do I Feel That The CoSign App Is Worth Using At The Moment?

Granted, I am sure that it takes time to build relationships with all of the brands that they would like to incorporate into it, and it will likely be a lot of work to incorporate all of the products that these brands carry into their system.

But, if this could all get done, and if the glitches could be fixed, I feel like this app could have a lot of potential.

The main upside to this app is that it could allow models to make awesome commissions on photos of themselves. The main downside is that the app just doesn’t seem fully realized yet.

I would give this one a few more months and then check back with it. Maybe, by then, it will be a better app with a larger user base.

But as for right now, I will not be keeping it downloaded on my phone. There is a very good chance that it will work out better in the future, and I may check back on it… but for now, it just didn’t really do anything for me.

But if you like to take pictures or enjoy having pictures taken of you, and you are also interested in marketing fashion clothing and earning commissions off of it in your photography, then you might definitely want to check back and keep an eye on the CoSign app.

The app really does have a lot of potential, and one day it could prove a viable way to not just shop for new looks, but also to make cool side cash/passive income marketing them.

Our Final Thoughts About The CoSign App