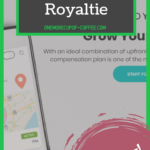 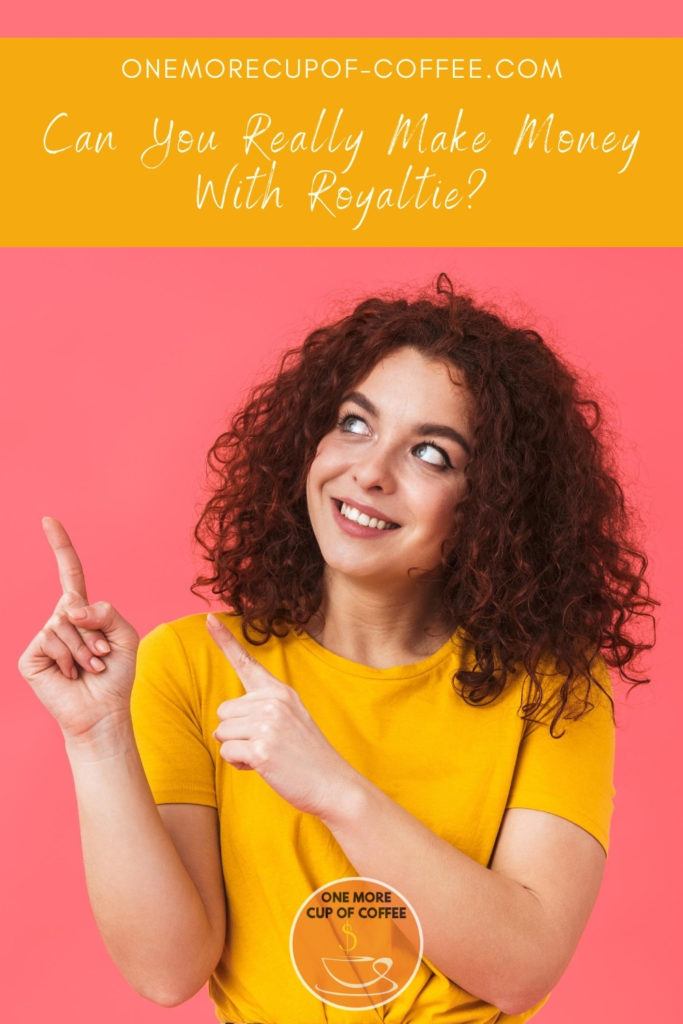 Royaltie is an unusual MLM, as the focus is on local marketing. The idea is that customers use the service as a method of generating leads in their local area.

It's an unusual approach, but one that could be powerful for the right audience. After all, local businesses do need a way to promote their products and services. If used well, this type of technology could theoretically increase sales and profit.

The idea is interesting from the MLM perspective too. There aren't that many service-based MLMs out there and very few MLMs target businesses and entrepreneurs, rather than regular individuals. This could mean that you're targeting a less saturated audience, one that is more open to distributors.

Besides that, entrepreneurship is increasing in popularity. Many people are looking for ways to make their own living, rather than being stuck in the traditional employee grind. The pattern could help to increase sales potential as well.

Even so, targeting a different type of audience has disadvantages too, so you'll need to consider the risks and rewards carefully.

Royaltie might have an unusual product and service, but they still follow the traditional MLM methods for income. This means that you earn some money by promoting the products and that you can increase your income by building a team.

In this post, we're weighing up both of those elements and considering whether Royaltie does truly have income potential.

At one point, Royaltie worked by broadcasting messages that you created directly to the phones of people in your area. This doesn't seem to be the case anymore (perhaps because it was a seriously spammy concept).

Instead, ads that members create are shown through the Royaltie Advertising Network. They use the following image as an example of the concept.

They claim that you can advertise on ‘over 1 million apps & websites' is technically true, as Royaltie is using popular services, like Google Ads. Of course, there's nothing unusual about the concept. The service is mostly just offering paid ads. As you might notice from the image, the ads themselves are pretty typical.

There are a few other aspects of the service, including a website/landing page builder, the ability to use email marketing, and the presence of Android and iOS apps. Once again, these are pretty common tools. You could easily get similar advantages by building a website yourself, paying for ads, and using an email marketing tool. Royaltie could (potentially) make the process easier, but you'd have less control than with your own site.

There are three packages to choose from, ranging from $57/month to $327/month. They tend to have the same core features, with the largest differences being in the number of people that you're targeting.

The main unusual feature of Royaltie is the location-specific idea. Royaltie states that your impressions are delivered to ‘the most popular websites and apps within the proximity area you choose'. This suggests that your ads are more likely to reach people in your local area, but it isn't clear how well the idea works in practice.

While there is nothing unusual about using ads, landing pages, and email marketing, Royaltie is still an interesting idea. It could make some of the processes easier for beginners and for small businesses.

If you look at other discussions of Royaltie, you might notice many people talking about the Royaltie Gem. This was a small wireless device that was used to send ads to Android phones in your local area. Royaltie's original business model involved renting out those gems for a monthly fee.

The messages sent through the Royaltie Gem looked like this:

Royaltie seems to have abandoned this part of their model altogether, which is a good thing. It was a creepy idea and never seemed like it would work well for marketing. I don't know about you, but I wouldn't trust any company that managed to spam my phone with unwanted messages.

Ads are a more acceptable idea, especially as Royaltie is using established networks.

Royaltie takes an unusual approach to commissions. Instead of paying a percentage commission for the sales that you make, they pay a set total based on your rank.

Even more, interestingly, this total is based on your Level 1 and 2 sales (so, the people you recruit and the ones that they recruit). The image below shows how this breaks down for the early ranks.

The commission rate isn't too bad if you hit right on the target for a given rank. However, the style means that there are no income differences from making $100 worth of sales and $190. Similarly, there's no difference between $1,000 in sales and $1,995. That's pretty bad.

There is also a Strive for Five bonus. This allows you to earn $125 for every five customers or affiliates that you recruit.

Royaltie is like most MLMs in that there is higher income potential through your team. However, unlike most MLMs, the team side of things is pretty straightforward. There is just a single method of earning to consider – no extra bonuses or complex requirements.

Basically, as a Royaltie member, you would earn from the collective sales of your levels 3, 4, 5 & 6. The specific level that people are in does not matter.

Hitting a rank of Topaz or Jade (the 7th and 8th ranks, respectively) will automatically take you to a 3% commission, while a rank of Pearl (9th rank) or above will take you to 5% commission.

One other thing to mention is the ongoing requirements. Royaltie is one of the few MLMs that still seems to require a monthly fee. The website suggests that members need to be actively paying for the Royaltie services themselves. This means a minimum requirement of $57 per month (plus a $30 set up fee).

Paying almost $60 each month for the chance to earn money is pretty rough. This type of approach makes it much more difficult to stay in the green.

Can You Generate Reliable Income With Royaltie?

With the right audience, you could make a reliable income with Royaltie. After all, the underlying service does seem like it would work. The way that services are bundled together could even be useful for some people.

Your audience is always relevant when you're considering an MLM and this is especially true with Royaltie. As we mentioned earlier, Royaltie's services primarily target people with their own small businesses. This gives you a different audience than most other MLMs. It is also a much narrower audience.

How many people do you know that even have something that they could promote using ads? How would you expand this audience?

We're not just talking about any business owner or entrepreneur either. You'll need to be targeting people who would benefit from having ads and who don't have the technological know-how to buy ads themselves. Honestly, this is a pretty narrow audience. It just doesn't seem like there are enough people who would benefit from what Royaltie has to offer.

If you do plan to get involved, it would be important to plan carefully. Think seriously about your audience and about strategies that you could use to grow your customer base over time.

Don't forget, your income is linked to the sales of your team too. This means that you'll need to get some people passionate about Royaltie.