Can You Really Make Money on DraftKings? 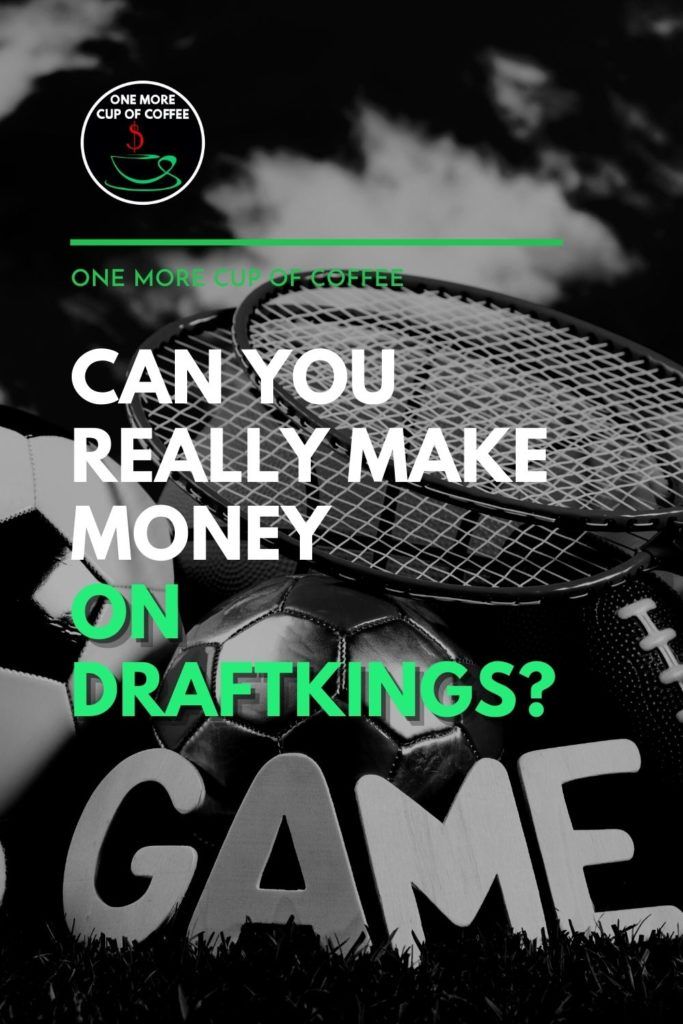 In case you haven’t heard — maybe you have been under a rock, or just watching Netflix — DraftKings is one of the newest and most popular fantasy sports sites online right now, rivaled only by Fanduel.

DraftKings is primarily based around American football, but they do feature other sports like NASCAR, golf, hockey, and more. Their commercials and internet ads all involve a ‘regular Joe’ sitting on his couch, playing his fantasy football team on DraftKings, and hitting it big.

After watching the one-millionth ad, I grew tired of ‘regular Joe’ winning all that money and took it upon myself to find out what was really going on — can you really make money on DraftKings or is this just another well-disguised scam? Is it just like betting on any other sport, and is it even legal?

So I did some digging around and found out quite a bit that I want to share with you here. 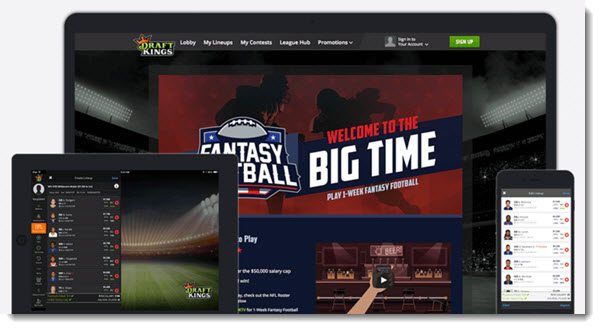 So, first things first, what the heck is it?

It is no secret that a lot of sports fans like to bet on everything, as long as it's competitive. They bet on the winners, the losers, the score, the difference between the scores, and player stats. Fantasy sports, like football, are won and lost based on those stats.

For example, a player in the NFL will accumulate stats for things like passing yards, rushing yards, and sacks.

Fantasy football team owners try to choose players with the best stats in order to win. You can “draft” players for your own “fantasy” team that you think can win overall.

So DraftKings is a website that lets you become a fantasy team owner and win contests based on your players’ stats while competing with people around the US.

It’s not all about football though.

They even have a few other sports, including golf and NASCAR, so there's really a chance for anyone to make money, regardless of your favorite sport.

How Does it Work?

When you signup for a new account at DraftKings, you are asked to make your first deposit. You can use any major credit card or PayPal. There is a minimum deposit of $25. That's a pretty cheap IMO.

Once you have made your deposit, you find a contest to enter. Some contests are free, but the majority of them are not. The contest entry fees can be anywhere from .25 cents to $350, and sometimes more.

That's the catch. Those “million-dollar payouts” you see on TV probably cost a pretty penny, which means you'll be putting money at risk to win a contest. 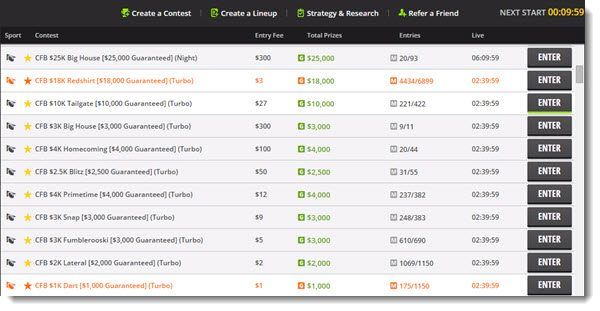 When you enter a contest you are given a budget. You use that budget to draft players. Each player has a salary that you must pay them out of your budget.

The better the player, the higher his salary will be. So remember, you aren't the Yankees with an unlimited budget to buy all the best players. Where would be the skill in that?

Contests are won by individual player stats, not overall game scores. Based on the stats your players accumulate during games you will earn points.

If you have more points than your opponents, you win the contest. You can also trade players at certain points in the game which can grow or cost you in-game money.

DraftKings boasts prizes in the hundreds of thousands of dollars, and some even in the millions. However, a quick Google search reveals lots of mixed opinions about that.

Throughout my research on this topic, one guy came up in the results over an over.

His name is Kevin and he runs a YouTube channel called The Sports Geek. In one of his most popular videos, he talks about winning $100,000 from DraftKings. He also explains a little about how he did it, which involves a bit of strategy combined with the software he used to help calculate player stats.

Unfortunately, there is no way to know for sure if he really did win the money or not. He never shares anything that would support his claim. One thing is for certain though: He doesn’t mind promoting DraftKings. 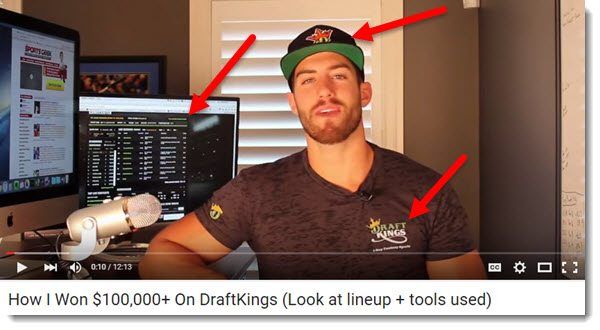 Also among the results, I found a lot of complaints against DraftKings.

It’s a betting site, so some of this is only natural. A lot of people tend to jump on sites like this with the expectations of coming out a millionaire. When that doesn’t happen, they post angry rants about how the site is rigged in one way or another.

What I found though, is a little different from your typical angry rant.

On one site alone I found pages and pages of complaints about poor customer service, slow payouts, low payouts (payouts that didn’t match the user’s DK account) and even several complaining of multiple charges to their credit cards, and overcharging ($25 depositors were charged $55, for example). 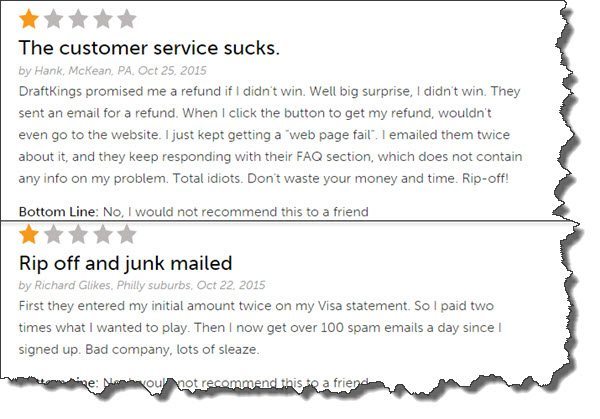 Obviously, those types of complaints are scary, and they are the last thing you want to see if you are considering becoming a member (or already have). But do they mean anything?

It’s hard to say without any real proof, but DraftKings does have a three-star (out of five) rating with The Better Business Bureau. So they do pay, and it is legal to use this website.

Technically, the website is not for betting. They liken it to Poker, which requires skill, and therefore is a “sport”, like chess, is a sport.

There does seem to be a lot of chance factored into this game, however, since no one can predict the future. But for now, it's legal. Whether you choose to play with DK or another competitor, will probably take a bit more research (I haven't done it yet, but will)

Whether or not you can make money with DraftKings is debatable. However, there are a few undeniable FACTS to take into consideration if you want to try it out for yourself.

#1. “It takes money to make money.” Contrary to popular belief, I don’t think this statement is always true. However, if you want to try to make money with DraftKings, it’s an absolute fact.

First you have to make a minimum deposit of $25. How you spend that depends on which contests you enter. You could spend it all on one contest, or you could spread it out on a few. Of course, you might find that the contest you want to enter requires a much higher deposit.

Then there’s the software that The Sports Geek mentioned (the tool he uses to help calculate stats and draft better players). This is something that is used by all the serious fantasy sports players. It’s called Fantasy labs and it will cost you $59 per month.

You might think you can get away with not using it, but if you are going to be a pro, you have to do what the pros do. Otherwise, you are at a serious disadvantage, which only serves to hinder your possibilities of making money.

#2. This is 100% Seasonal. Sports are seasonal. Therefore, betting is also seasonal. This makes it very difficult to earn any real money from fantasy sports sites that you can rely on to pay the bills.

The NBA and NFL seasons run almost together. Since they are the most popular sports — at least in the US — most of your money will have to be made within the few months that both sports are in season.

#3. Let’s be honest, this is still gambling. Seasonal income is great to have. I work online full time and I always love thinking about new ways to build extra income during different seasons. However, there is a big difference between seasonal income and seasonal gambling.

Like poker, I’m sure that fantasy football requires some skill to be successful. But, unlike poker, you don’t hold the cards, and you don’t make the decisions.

Plus, you gotta pay to play, and you could lose big just as easily as you could win big. How do you think this company makes money? Most people lose, and just a few people win.

The FULL Scoop on Daily Fantasy Sports. Is It Gambling?

With the overwhelming number of complaints against them and the startup costs of $100 or more, DraftKings just isn’t something I’d recommend. There are much better ways to make money online, without the risks, for a lot less startup costs.

If you are a sports nut, then, believe me, you have an almost endless amount of ways to profit from what you know, online. Just like The Sports Geek, you could build a following online through platforms like YouTube, Facebook, and your own website.

In fact, I want to call your attention to another part of The Sports Geek’s video. Below each of his videos, The Sports Geek links out to sites like DraftKings and resources like Fantasy Labs.

He does this because he earns a commission from each sale he helps to create. So anytime someone watches his video, clicks one of his links, and spends money, he gets a percentage. That’s called affiliate marketing, one of the best ways to make money online.

Affiliate marketing is what I do. I started out years ago not really knowing anything about the web, or business.