Can You Really Make Money With The SurveyMini App? 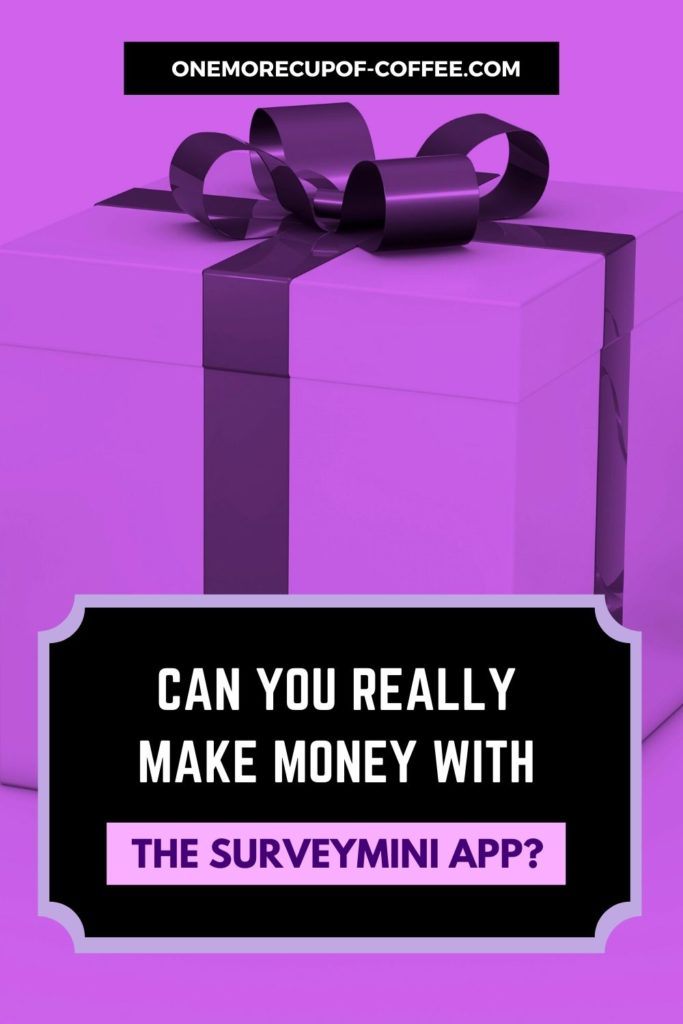 I like to have my own opinion, and I love to earn extra cash… and coincidentally, those are both things that I (supposedly) get to do with SurveyMini. But can you really make money with the SurveyMini app?

I’ve reviewed many survey-type apps in the past, and have had mixed results. I’ve seen some good ones, and I’ve seen even more bad ones.

Most of the time, the deal-breaker with survey apps tends to be that the amount of money that you can earn just isn’t worth the time. The surveys can take forever, and that makes it not really worth the effort.

But I wasn’t going to write SurveyMini off without a test run!

Making Money With The SurveyMini App

So, I downloaded it and decided to get started.

First off, I checked out the Google Play listing for the app, just to see what kind of basic stats it had. It had been downloaded over 100,000 times, had a rating of 4.2 stars (which is really good), and had been reviewed by over 7,500 people. 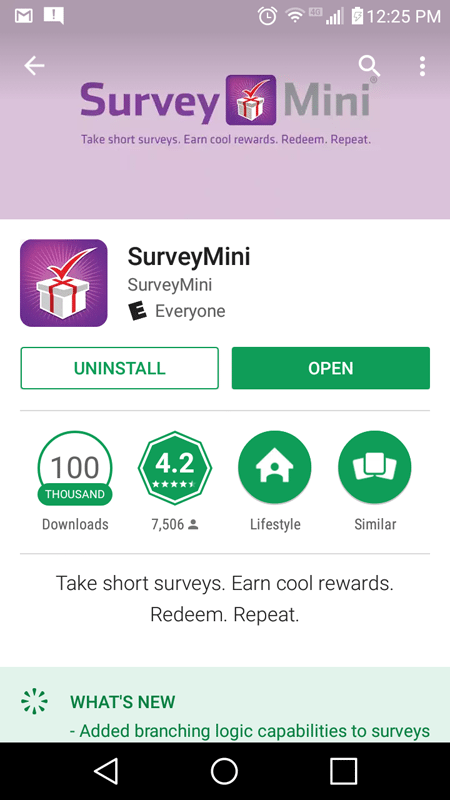 The tagline for the app was written down as follows…

This sounded simple and functional enough.

So far, SurveyMini was coming off as impressive… but I wasn’t convinced by this alone. So I got to work taking a look around on the inside, and this is what I found.

Taking A Look At The Inside Of SurveyMini

This was the first screen I came to on the inside of the app. 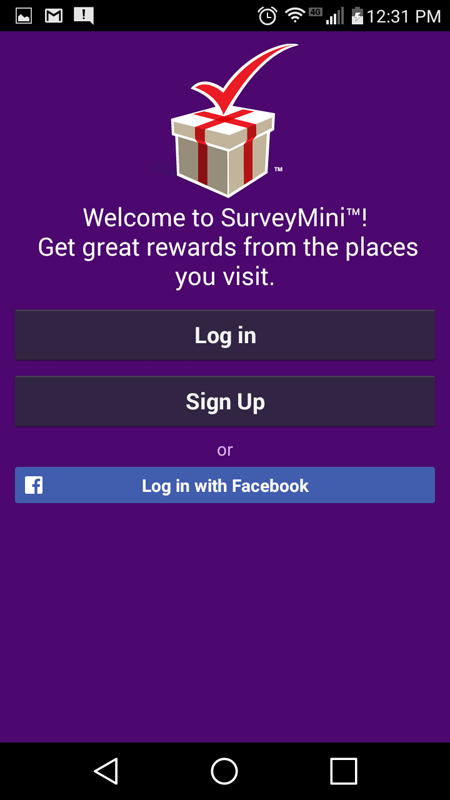 But I quickly realized that this screen was a bit buggy—and when I tried to click on the ‘Agree’ button, nothing happened. I backed out and logged out, then tried to log back in. This also acted a bit buggy—and I had to try to do it twice to get it to work.

Finally, I ended up on what seemed to be the main hub of the app. It was pretty easy to understand, though very simple. 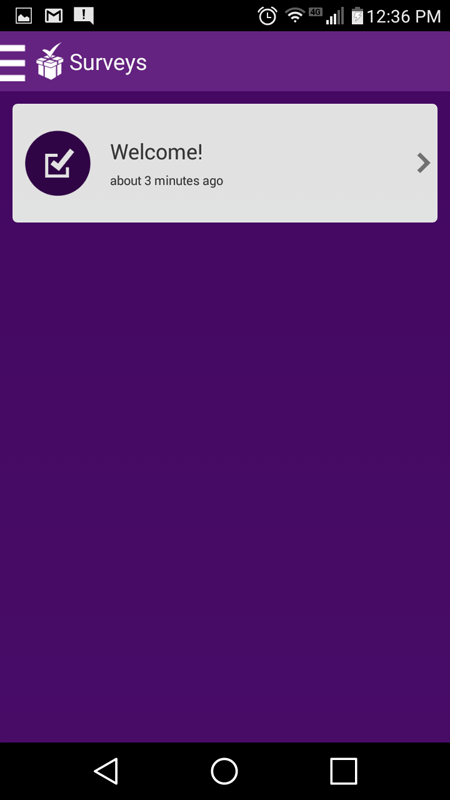 There was a sliding icon that said ‘Welcome’ on it, so I slid it to the side to open it up. Next, I basically got a message saying the following… 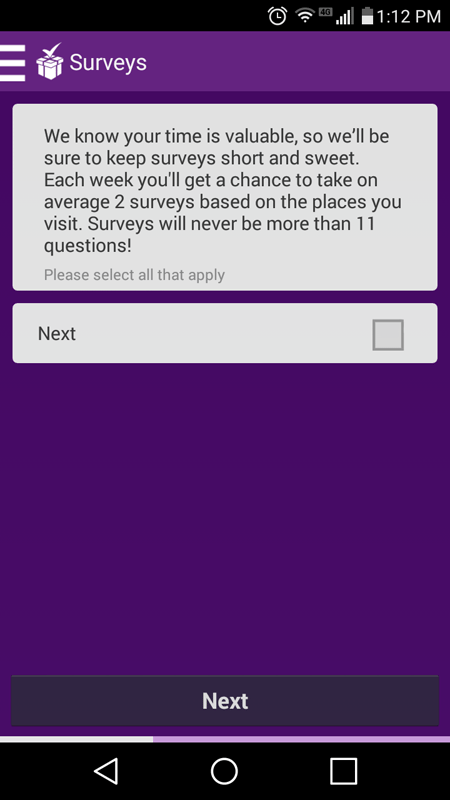 After this screen, it basically told me that I will receive rewards for surveys that I complete and that I can use the points I earn to win awesome deals.

Next, I was asked to fill in my first name, and the app asked me how I heard of SurveyMini for the first time.

I chose the correct answer and completed the survey, and was awarded 250 points! 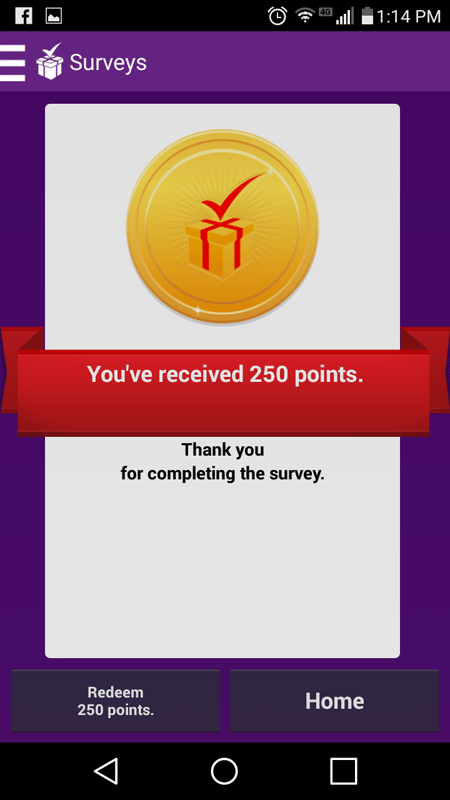 This seemed pretty cool to me.

I clicked on the redeem button next, to figure out how many points it took to get a reward. Here’s what I found.

As you can see, there are quite a few different gift card options for people looking to withdraw their earnings. There are gift cards available for a lot of different stores, the cheapest of which was simply an ‘Offers’ card for 4,000 points. Other than that, you can get a $10 gift card for 12,000 points, a $25 gift card for 25,000 points, etc.

You can find the Rewards page by visiting the drop-down menu at the top-left corner of the app, and choosing ‘Rewards’ from the list of options. There are actually 4 different options to choose from here… Surveys, Rewards, Wallet, and Account.

Next, I went back to the Surveys page—but I found that I had none waiting for me. 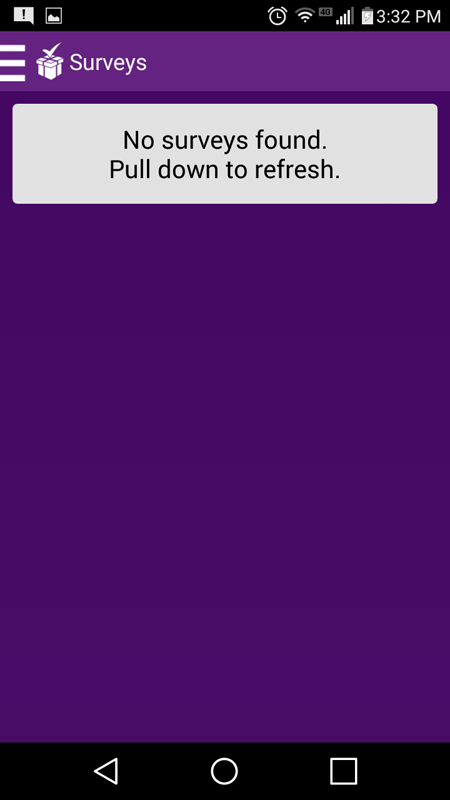 This was a bit disappointing… and to be honest, it left me in a spot where I couldn’t really figure out what my earnings potential was going to be. I've had a similar issue with some other survey sites too, such as MySurvey and SurveySavvy.

So I decided to go back out to the Google Play Reviews, and see if I could figure out what kind of money people tended to be able to make on SurveyMini.

Checking Out The Google Play Reviews

Overall, the app had mostly good reviews (the vast majority of them were 5 stars, hence the high rating). Many people said that the surveys were easy, and that they paid well.

One person said that they had only been using the app for a few months so far, and had already received 2 $10 gift cards. 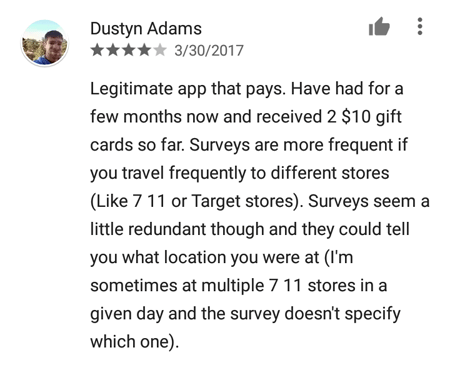 But still some people said that they just didn’t get enough surveys to make it worth it. I also learned that the app seems to give you surveys based on where you have been—so that might explain why I haven’t had any surveys yet (since downloading the app, I haven’t really gone anywhere).

Another person said that it took them 6 months to earn enough points to get a $25 Victoria’s Secret Gift Card, but that once they ordered it, it only took 8 days for them to receive it. 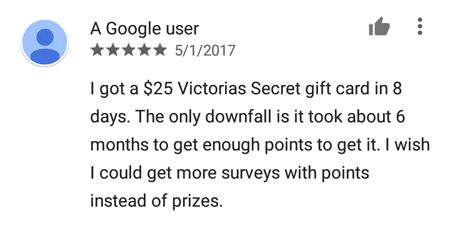 This pretty much fits the profile of what other successful users were able to make in a similar timeframe.

But I also saw reviews where people claimed that they got a lot of surveys… so it seems to vary a little bit, and that might have a lot to do with location.

The app does have a really good score of 4.2 stars, so a lot of people like it.

Figuring Out If SurveyMini Is Worth The Time

Alright. At this point, it would seem that I had looked at just about everything at my disposal… and I came to a few different conclusions about SurveyMini.

Here is what I had learned thus far.

This pretty much sums up what I figured out as I researched SurveyMini… and I can pretty safely say that it deserves the 4.2 stars that it has on Google Play.

It is a quality app that does what it promises—even if it isn’t necessarily an app that’s going to make you big-bucks in a short amount of time.

The thing about survey apps is that they sometimes have the potential to work really well—especially if they will let you do surveys anywhere you go.

From the sound of it, this app pretty much delivers surveys based on your shopping and restaurant experiences… but the surveys don’t sound like they are very complicated or difficult to complete, which is good.

Because one of the worst things about survey apps is that sometimes the surveys are so difficult that they simply are not worth the time…but that doesn’t seem to be the case with this one.

Will I Be Keeping The SurveyMini App Installed On My Phone?

Unfortunately, there wasn’t a lot to see with this one. I never did get a survey with it, and browsing the app and checking it out didn’t take a super-long time. I feel that this app would work better for people who…

With that being said, my answer to the above question is probably a no. I probably won’t keep this one around, mostly because I am not on the go a lot, and because the small town that I live in probably doesn’t have the kind of businesses in it that it would take to make this app really work for me.

But if I was on the go a lot, and if I was in a larger city, I would probably keep it around.

It seems obvious that you can make an extra $10 or so every couple of months with this app, without an issue. It would be nice if you could earn more with it, but it also seems like the surveys are really easy. So the only problem with it is that you may not get a lot of surveys.

But as long as you can put up with that problem and not stress over meager times, then you will probably find that this is one of the better survey apps out there.

Granted, it isn’t perfect—but it’s not too shabby, either.

Our Final Thoughts About The SurveyMini App