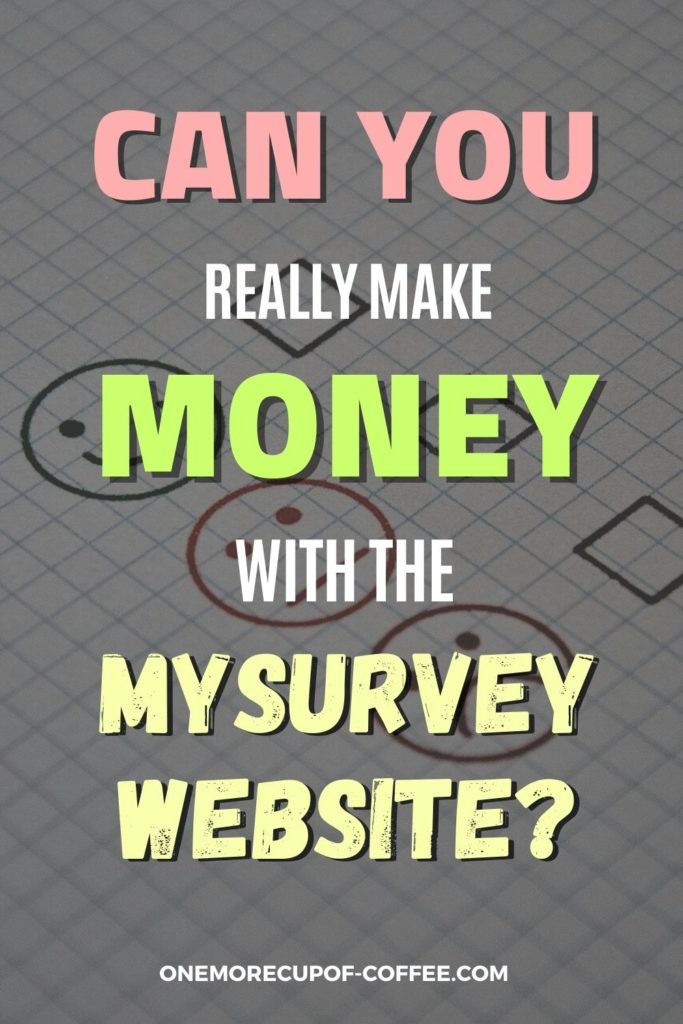 I found Mysurvey.com as I was searching the internet for the best online survey websites… and this one is very, very popular for a lot of reasons.

But can you really make money with the Mysurvey website? This is what I wanted to know for sure—so I decided to sign up for it and give it a try.

My first stop was to look at the site itself.

The first page had a lot going on. It almost seemed too chaotic for my liking—but then again, I’m not necessarily ‘known’ for my abilities as a graphic artist—so I guess I can only say that, as a consumer/survey user, it all seemed a bit messy to me. But, that’s not such a big deal.

According to the home page, you can use this site to ‘have fun and get paid for doing surveys.’ They say that starting a new account is free, which is certainly a good thing. They also say that they are ‘the world’s number one paid survey site.’

A bit further down, there is a section called ‘How do you participate?’

I found some pretty interesting information here, including the following quote…

“Once membership is confirmed, you can start earning points by completing online paid surveys anytime and anywhere via PC, Laptop, Tablet, Cell Phone or Mobile App. After accumulating a certain amount of points, members are able to redeem them for items within our rewards catalog.”

At this point, I felt that I was ready to give the site a legitimate try… so that’s what I did next.

Getting Started With Mysurvey

As you can see in this screenshot, the website does ask for quite a bit of information to get started. 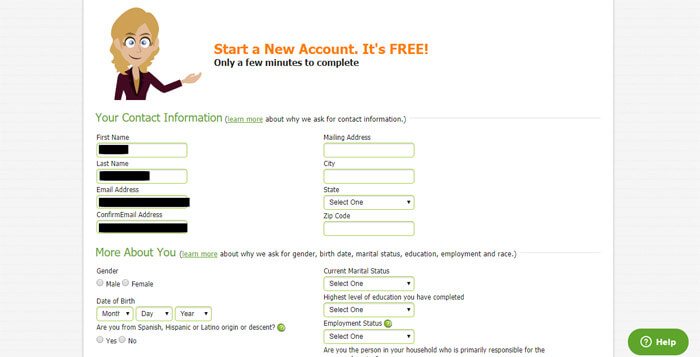 I filled all of this in—even down to the point where I put in my children’s birthdays. I know that this is demographic material that they need to place me for surveys… but I still can’t help but to feel a bit violated sometimes by the specific nature of the information that I’m asked to provide on sites like this.

Why not just ask how old my kids are? Why does it need to ask for their birthdays?

Still, I understand this… to a point. It doesn’t make me feel better about it, but I am willing to tolerate it if the site is going to be worth my time.

Anyway, I got through this and was taken to another screen where they asked me a few more questions about myself. I also had to verify my email address, which didn’t take but a second.

So, when I first joined, it said that there were no surveys available for my device at this time. But… I had not completed any of the introductory surveys. Here is a screenshot of that screen. 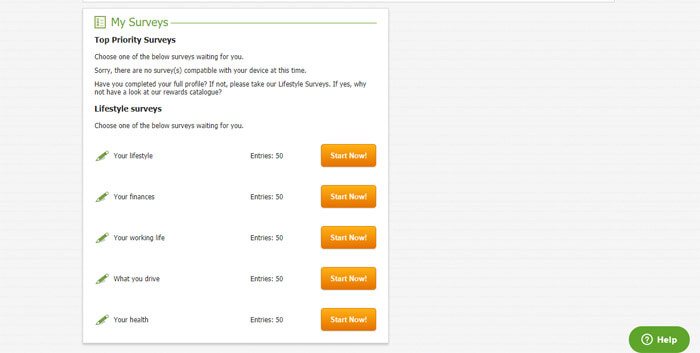 So, I guess my next step in this process is to take some introductory surveys. But already, I am noticing a trend here. This registration process, while pretty simple (to be fair), has already been a lot more difficult and time-consuming to get through than many that I’ve already tried.

I’ve never used this site before, but I have looked into some of the reviews for it—and users seem to be saying similar things. A lot of them seem to be saying that surveys that you get paid for don’t come down the pipe very regularly.

But, I was still interested in giving one of these introductory surveys a try… so that’s what I did next.

Ok, the first survey I wanted to take was the Lifestyle Survey. But as soon as I clicked on it, I was taken to this page.

What in the world? Why are they telling me, before I even take a survey, that there is a glitch? And why aren’t they fixing it and getting it taken care of? I mean, I'm glad that they are actually telling me… but why not just fix it instead?

If this company really is giving out so much money in rewards, how can they not afford to run a glitch-free system? It must be pretty serious if there is an up-to-4-week wait for rewards, and they obviously put the time into putting this screen up!

I will admit that this really took away from my confidence… but I still wanted to go through with the survey, just in case it changed my mind somehow.

I went ahead and took it. It took me about three minutes or so, so not that long. I realized that by the time I was done, I now qualified for another survey. This one had a length of 10 minutes, and was worth 30 points.

This seemed like good progress to me, but I had still already put a lot of effort into this site without any kind of payoff.

So next, I decided to go look at the rewards, to see if I could figure out how long it would take to get any kind of payout at this rate.

Taking A Look At Mysurvey Payouts

Taking a look at the rewards section of the Mysurvey site revealed this.

As you can see, you can get $10 gift cards to several different places for 1080 points. Now, I am not sure how many surveys I would have available to me every day… but I do know that I would need to take several of these introductory surveys just to see if I would have any more.

And, there is no guarantee that I would be getting any more after that.

But for the one survey that I have available, I could earn 30 points. So, I would need A LOT of surveys like this to equal $10 worth of points, which is what I would need for a payout.

I don’t know. I mean, technically, this site functions well… but I am really not impressed with it in the sense that you need to do a lot of work to even get to the point where you are taking paid surveys.

And then, you may not even qualify for any… and then, you need to do a lot of them to get paid.

And then… you may have to wait for up to 4 weeks to even get access to your rewards!

Yeah. I’m not really a big fan of this one so far. But… at this point, I felt like I was ready to give my official opinion. Here it goes.

Will I Personally Keep Using Mysurvey To Try To Earn Rewards?

Alright. Mysurvey does do a few things right. Let’s go over those first.

Technically, the site works well. I didn’t really experience any glitches or anything like that… aside from the seemingly major glitch in which you don’t actually gain access to your points right away.

But still, all in all, the site worked rather well.

I also like that the surveys are pretty easy to take. I was able to take the survey I took pretty quickly. It wasn’t difficult, and it was all pretty user-friendly.

Mysurvey does give you rewards, and if you work at it long enough, you will have a pretty big range of gift card options to choose from. So that is another good thing. It is a pretty respected survey site, so you won’t have to worry about getting scammed or anything like that.

Mysurvey may not be the best option out there for surveys, but it is certainly legitimate.

Now, with that being said, I'm going to take a minute to talk about the downsides.

Firstly, I didn’t really like how much ‘pre-work’ work I had to do to even get going with surveys that paid me with this service. The registration process wasn’t too bad, but then you are expected to take like five introductory surveys… and that’s a lot of free time!

Then, you are not guaranteed that you are going to get surveys, which is also a bit of a downside. And then, to top it all off, it seems as though this ‘glitch’ keeps you from accessing your points right away as well.

I am not sure what to make of it all—other than to say that all of these downsides really curb my interest. It is also true that you have to do a LOT of survey-taking to really make anything—so that’s another downside.

This one just didn’t really feel like it was worth the time, to me. I feel that there are better survey services out there, and I will probably keep trying to find a better one.

There are worse sites out there for surveys (some of my least favorites include the CVS Advisor Panel, Univox, SpiderMetrix and Nielsen Scarborough)… but with that being said, Mysurvey just didn’t impress me enough to compel me to come back.

Should you use it to take surveys and earn extra money?