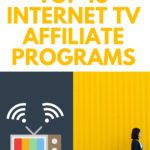 The way that we watch television has changed. We’ve moved from analog broadcasting to HD signals and online streaming. The best internet TV affiliate programs combine broadcast television services or show with internet streaming in several ways, as well as the hardware and equipment needed to watch television where and when customers want to.

Television itself has also changed. The first television set was invented in the 1950s, just 70 years ago. Since then, technology has exploded. Television has gone from bulky sets with knobs that had to be turned manually to sleek, against-the-wall sets that can be used with universal remotes.

If you’re interested, read through this list of the top 7 internet TV affiliate programs. At the end of this article, I’ll share some thoughts with you that could help you utilize some of these programs with your affiliate websites. 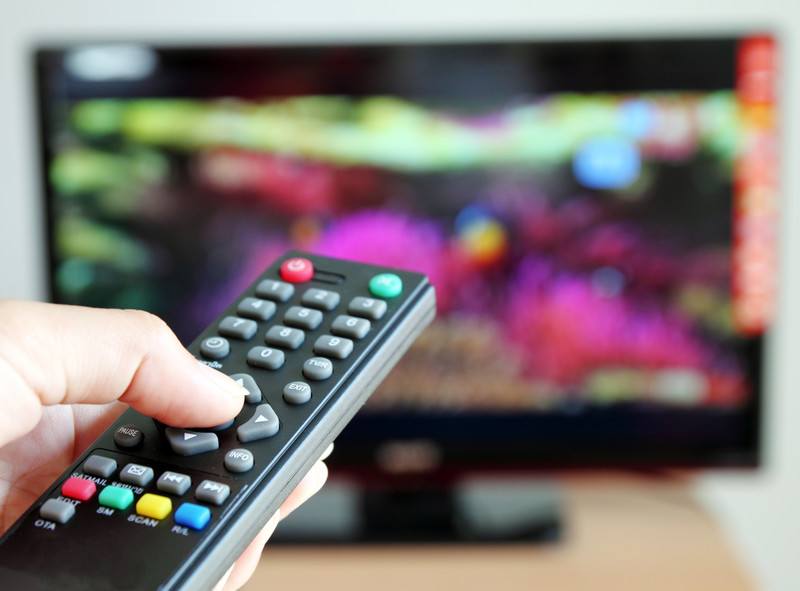 The best internet TV affiliate programs include streaming services, bundled services, and companies that provide the hardware to keep it all connected.

Sling TV offers live TV through internet streaming. This service allows customers in the United States and Puerto Rico to have access to more than thirty channels for around $30 per month.

They can stream up to around 150 channels and use devices such as tablets and mobile phones to watch television too. This service includes channels like ESPN, TBS, and HGTV as well as add-on packages for sports, children, and more. Add-on packages start at around $5 per month.

Sling TV runs its affiliate program through Commission Junction. Affiliates are provided with marketing materials in English and other languages.

Why You Should Promote Sling TV: The service provides versatile watching with several channels to choose from.

Fubo TV is a streaming service that offers news, entertainment, and sports channels.

Fubo TV is a streaming service that offers news, entertainment, and sports channels. The base package is available for around $55 per month and comes with more than 100 channels. These can be streamed on various devices. The standard package also comes with DVR storage and two simultaneous streams.

One of the most interesting things about Fubo TV is that it launched Sports Network, which is a live sports streaming service, in 2019. Fubo TV is also available in Europe through Fubo TV Espana, which premiered in 2018.

Why You Should Promote Fubo TV: With the addition of Sports Network and Fubo TV’s introduction to Europe, the company is expanding. However, the affiliate website page doesn’t contain much information on how the affiliate program works.

Roku is one of the most well-known streaming services that can be used as an alternative to broadcast television services.

Roku is one of the most well-known streaming services that can be used as an alternative to broadcast television services. So far, more than a million Roku players have been sold. Besides players and the streaming service, Roku provides items like speakers, Roku-ready television sets, and accessories.

Many of the channels offered through Roku are free, including television, sports, and music. Roku offers around 140 sports channels, which is more than any other streaming service so far. This company also offers a 30-day money-back guarantee and a free Roku app for mobile devices.

The affiliate program is run through CJ Affiliate. The base commission rate is 5%, with a customer conversion rate of 7.5% and an average order value of $99.

Why You Should Promote Roku: Roku has a great selection of channels, a stellar reputation, a free mobile app, and a high conversion rate.

Twitch is a favorite streamer platform, where streamers can earn money in a variety of ways—including through affiliate marketing for game sales.

As an alternative to broadcast television, Twitch is a streaming platform that caters to gamers and those who like watching other people play video games. Streamers can earn money as they build their audiences and work toward becoming a Twitch partner, but there’s a Twitch affiliate program for game sales, as well.

Streamers who are also affiliated marketers can make 5% on every game sale they refer through their Twitch channel. They can also earn money by selling virtual tokens, called Bits to Cheer, that fans can use for chatting or cheering on Twitch platforms. Streamers can also sell subscriptions to their channels, which cost $5, $10, or $25. Twitch Prime is free.

Why You Should Promote Twitch: Twitch provides streamers a variety of ways to make money, including affiliate commissions on game sales. This is also a niche market that could be targeted toward customers who don’t generally enjoy broadcast television but enjoy screen time.

This store also carries items for internet connectivity, including WiFi adapters, routers, security devices, and more. New Egg currently has a customer base of around 30 million people.

The affiliate program is run through LinkShare.

Why You Should Promote New Egg: New Egg provides many hardware components that customers need for successful internet TV connections. However, the commission rate and cookie length aren’t listed on the affiliate landing page.

Xfinity is one of the top internet service providers in the nation, with a variety of offerings that include entertainment packages, free internet television, and thousands of WiFi hotspots.

Xfinity is one of the top internet service providers in the nation, with a variety of offerings that include entertainment packages, free internet television, and thousands of WiFi hotspots.

One of Xfinity’s features is the Xfinity Stream app, which allows customers to watch most free movies and television from wherever they are. Xfinity also offers Peacock Channels, which combine the best of television with the best of streaming.

The affiliate program, which is administered by FlexOffers and Impact, includes access to Xfinity-branded marketing materials. Affiliates can make commissions on TV, internet, home phone, home security, and mobile products and packages, for up to $135 in commissions for each new connection.

Why You Should Promote Xfinity: Xfinity is well known, provides free television and movies, and has its own streaming app. The package deals are great for customers, and the commission rate decent, too.

Best Buy is best known for its wide variety of electronics products, covering everything from baby gear and toys to fitness equipment, espresso machines, and gaming equipment.

Best Buy is an online and local brick-and-mortar electronics store with several departments ranging from computers to cameras. Where internet TV is concerned, Best Buy offers TV and home theater systems, including installation, setup, and repair. It costs around $130 for Best Buy to wall-mount a television, and around $150 for connecting it to WiFi, setting up streaming services, and configuring a voice assistant.

The affiliate program for Best Buy is run by Impact. Affiliate marketers have access to several types of banner ads, as well as the ability to create custom looks and features. There are also sales and weekly offers. The affiliate commission rate applies to most items in the store and to Geek Squad services, but it does exclude laptops, tablets, desktops, Apple products, and video game hardware.

Why You Should Promote Best Buy:  Best Buy has a great reputation and a wide variety of electronic products, including television setup services. However, the commission rate is small, the cookie length is extremely short, and some commonly sold items are excluded from earning commissions.

Now that you’ve read through his list of the top 7 internet TV affiliate programs, how will you use them with your affiliate websites? I have some ideas to share that could help you brainstorm new ideas to try on your own.

For example, if you have a website dedicated to gaming, you could feature streaming services such as Twitch, as well as video game stores like Game Stop or Go2Games. NVIDIA graphics cards and the hardware needed to get the best gaming experiences could also be promoted here, and you could include novelty stores that carry fan apparel and merchandise.

A second idea is to use some of these programs on a website dedicated to home health care services for our aging population. Network TV services that include programs loved by baby boomers could be promoted here, as well as video players and television sets. This type of website could also feature home medical equipment, furniture such as recliners or hospital beds, and nutritional supplements.

One final idea is a website for people who work from home. Many of the affiliate programs listed above include internet services, which can be bundled into packages that could benefit people both during work and after work hours. Small business loans could be featured here, as well as software applications to make working from home easier.

These 10 affiliate programs are just the beginning of what's possible. There are hundreds of ways to earn affiliate commissions with your website, including product reviews, top 10 lists, how-to guides, and more

But what about traffic and conversions? How do you make sure your affiliate links get clicked?

I used the affiliate training here to turn my brand new website into a six-figure income generator in less than two years. Build a business, not just a pocket-money side project!