The Best Jobs for the ISTJ Personality: People Who Live By The Rules 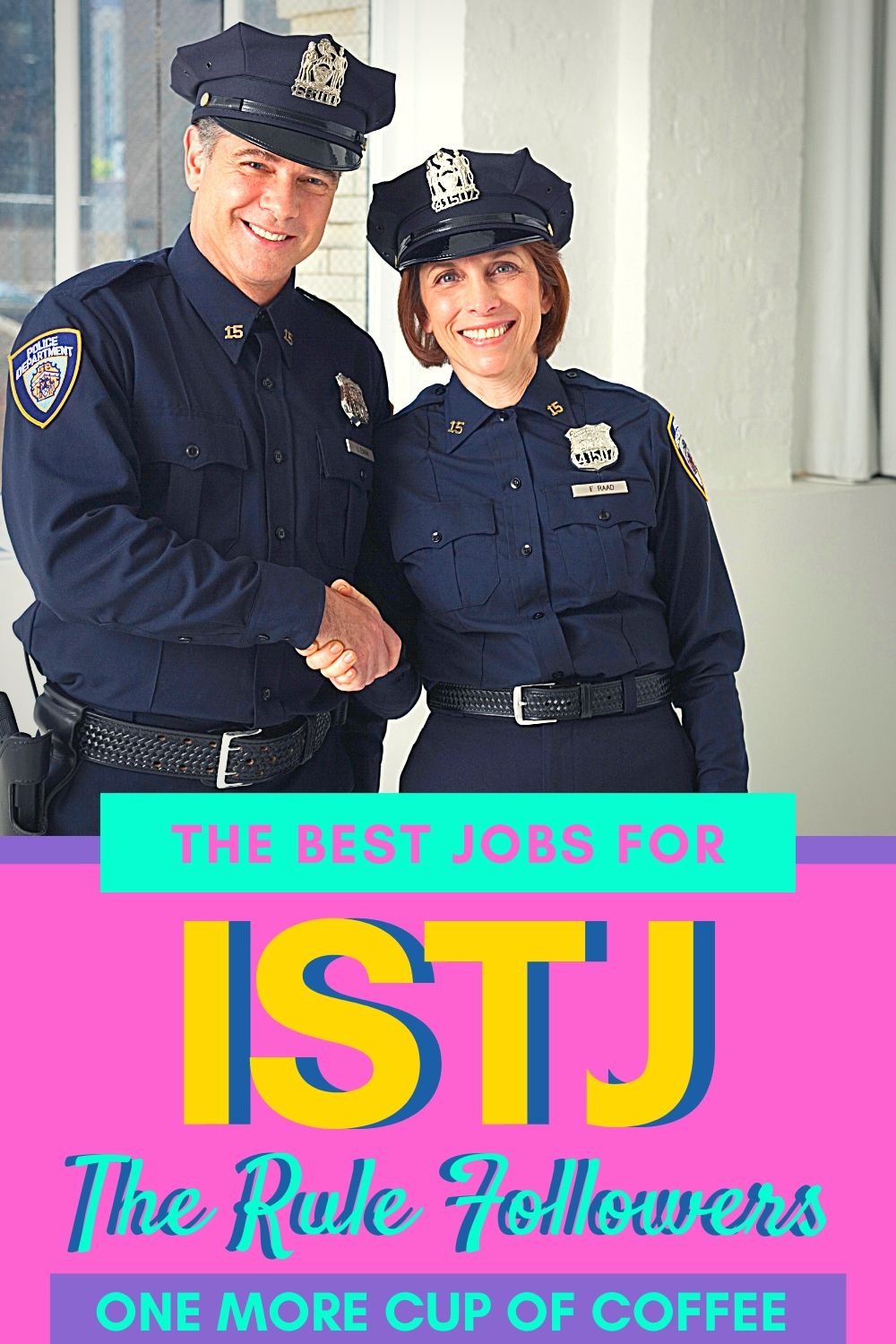 Are you the type of person who likes to run a tight ship? Would some of those who know you best tease you and say you remind them of a drill sergeant? If so, you may have a personality type known as the ISTJ personality. There are jobs that are tailor-made for you and I’ll show you what those are.

But first, let’s talk more in depth about the ISTJ personality. There are 16 personality types that were developed by the work of famous psychiatrist, Carl G. Jung. His book, Psychological Types, was based on his patients. What he discovered was that each person has a personality type that groups various cognitive functions together.

His work was of keen interest to other well-known people in the field and they furthered his research. Isabel Briggs Myers, Katharine Cook Briggs, and David Keirsey developed further profiles among the population that established the sixteen psychological types of personalities.

Their findings were submitted in an assessment paper called the MBTI assessment. The assessment maintains that environmental influences, as well as individual leanings and tendencies, develops the personality patterns commonly seen. These establish behaviors, talents and skills, and attitudes, all of which have their strengths and weaknesses.

ISTJ stands for Introversion, Sensing, Thinking, and Judgement. Essentially, what this means is that ISTJs are more introverted people who are shy and more aloof than others. Social situations tend to tire them out more quickly.

ISTJs also look at the small things, often concentrating on that rather than visualizing outcomes. They tend to think things out logically rather than act on intuition. They’re the type that is organized, plan ahead, and don’t like surprises. They relish a sense of control in their lives. The ISTJ person tends to value tradition rather than novelty things.

They’re the type of people you can count on to get things done. However, if it comes to matters that are more of the heart, you may want to lean on another personality type. ISTJs are more rational in their approach to things.

Instead of concentrating of possibilities or worrying about “what ifs”, ISTJs are level-headed and will only deal with the realities of the moment. In spite of that, though, they are prepared to deal with circumstances that may come up that are of utmost importance.

ISTJs in the Workplace

ISTJs are staunch believers that hard work pays off. If something seems too easy, they are likely to consider that it’s too good to be true. They think all things worth learning and doing must take a concentrated effort to do it right.

ISTJs have an attention to detail that is hard to beat. As workers, they value strict schedules, work that is heavily task-oriented and has an objective. They will work as long as it takes to get a job done, but only if they really believe it has a purpose to the end.

They value factual data, not suppositions or ideas. ISTJs bring a high degree of ethics and honesty to the workplace and are valued employees wherever they work.

ISTJs work best alone but can be great team members when it is called for. They can also be great in positions of responsibility but will require others to do their best just as they do. Accountability is important to them, both in themselves and others.

If an ISTJ is in a managerial role, they don’t tolerate laziness or dishonesty in their employees. ISTJs have a sense of duty imprinted in their own minds and hearts and expect nothing less from others as well.

They can be very patient if it is required, but need to be able to see others striving to achieve their goals with hard work and perseverance.

The ISTJ personality usually thrives in long-term careers. They prefer stability and dependability, so they are likely to be in it for the long-haul. ISTJs tend to have careers in law, public protection, military, finance, business, and analysts.

These types of jobs offer ISTJs positions that cater well to their conservative standards. The ISTJ personality will want to avoid any career that is emotionally taxing.

The following are the best careers for the ISTJ personality:

Auditors: Since auditors have to go over and analyze financial data to be sure it is accurate and by the rules, it seems it’s a perfect job for ISTJs who have the attention to detail that is needed in auditor positions. You would be looking at the hard facts and would want to make sure that logically, it all adds up. As both an ISTJ personality and an auditor, you would be an asset as a member of an auditing team.

Accountants: ISTJs have the patience and concentrated effort needed to analyze financial data and maintain financial records. As they gather lists of assets and liabilities to determine profit and loss or tax information, accountants may have to work for a while at the task. ISTJs are great for jobs that require that type of focus.

Business Administrators: Business administration encompasses a variety of roles with different paths. You could work as a financial manager, healthcare administrator, an executive, or a marketing manager. Since you would be responsible for the long term and short term business strategies for the company you work for, it seems it would be a great fit for your ISTJ personality. Your level-headedness and penchant for business would allow you to thrive at such a position.

Depending on which role you would take, you could find your way to earning over $100,000 a year.

Compliance Inspectors: Now we are really talking about a job that is tailor-made for ISTJs. Since you like to do things by the book with your ISTJ personality, making sure others are doing the same is a great fit for a career choice. As a compliance inspector, you would be responsible for ensuring that building codes and regulations are followed to keep consumers and employees safe in a business. Your affinity for policies and procedures would be a great asset in this position.

As a compliance inspector, you could earn around $75,000 a year.

Judges and Lawyers: Both positions in law require all of the traits of an ISTJ personality. They require honesty, integrity, a desire to do things by the book and follow the law, a good understanding of procedure and the various laws of the land, and an ethical view of things.

Office Managers: With your ISTJ personality, you would make a great office manager. You’d be responsible for the day-to-day operations of a department or company. You’d ensure the administrative tasks are done, either by yourself or others under you in the clerical staff, you may have to analyze budgets, manage clients, and more. It is highly dependent on the type of company you work for and the tasks they would require.

The salaries of office managers vary widely, depending on the industry and functions of the job, but $50,000 is a good average.

Police Officers: As an officer of the law, with your ISTJ personality, you could be a great asset to serve the people of your area. Since ISTJs have a lot of honest and integrity, as well as dedication to following the rules, this may be a good fit. As a police officer, you would also have to have a satisfaction of serving the people and realize that you would be out amongst the public a good bit, as you deal with the rules of law and people who might break those rules. Police work is not for everyone, but for the ones that are attracted to the work, it often becomes a lifelong duty.

Police officers are often undervalued and underpaid, though it depends on where you live. Some areas pay better than others, but $53,000 a year is the national average.

We’ve reviewed seven great jobs for the ISTJ personality. Most any job that requires a bit of analytical thinking or work or a goal to have established policies or rule and order would be a great fit for ISTJ personalities.