The Best Jobs for ISTP Personalities – The Masters of all Trades 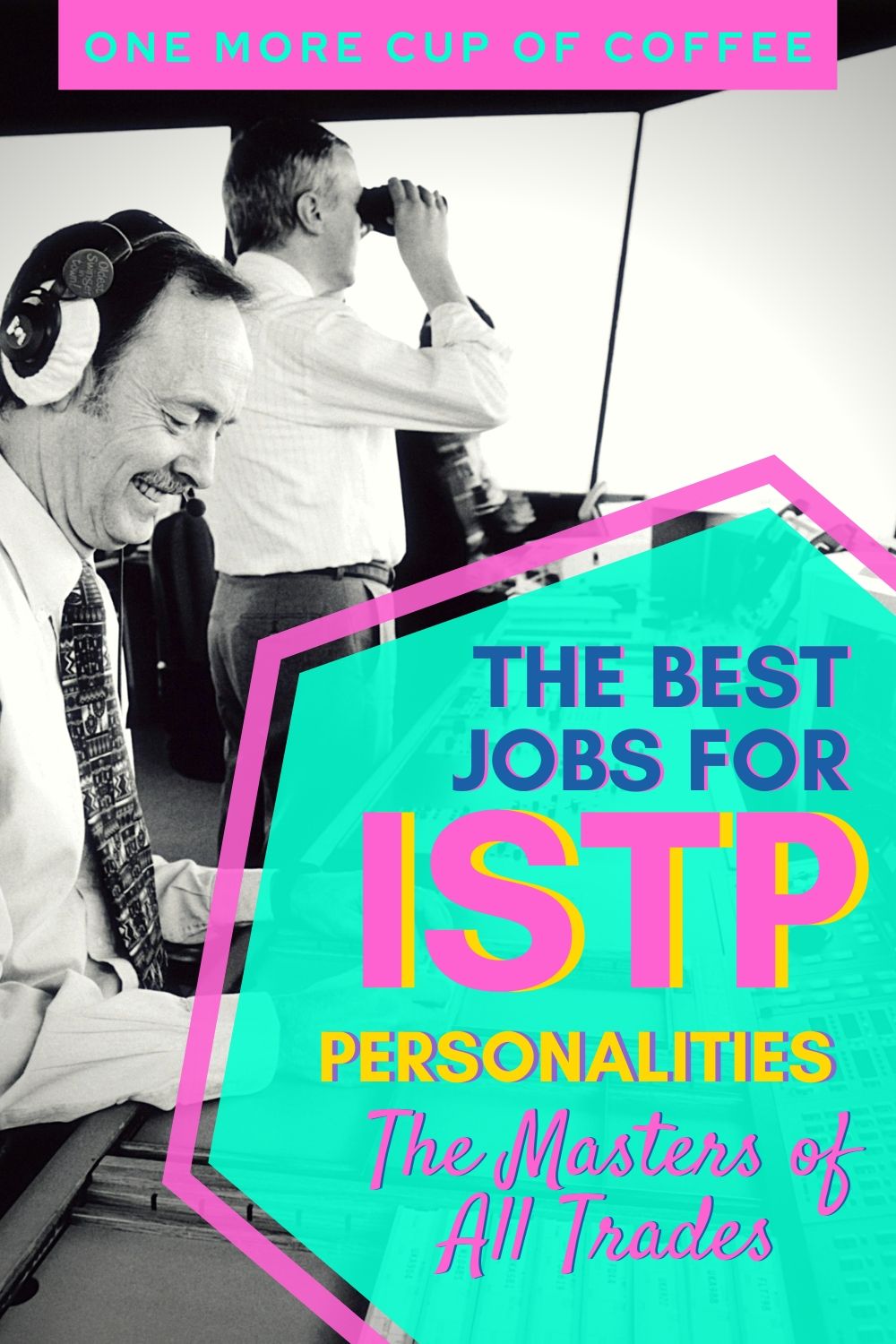 Are you the type of person that learns new skills easily? Is all you need to master a new craft just a little study and observation? If so, you may be one of only 5% of the population who has a personality type called the ISTP Personality. You’re one of the few who can excel at many different types of jobs. I'll show you which are the best ones for your ISTP personality.

Let’s talk a little more about the various personalities in the population. Carl G. Jung observed in his patients common patterns which led to similar personality traits in some. Other professionals in the field of psychology furthered his studies with their own observations.

Isabel Briggs Myers, Katharine Cook Briggs, and David Keirsey developed the MBTI assessment, which was based on Jung’s research. Their assessment discovered 16 common personalities in the population and the ISTP personality is one of those sixteen.

Essentially, what it boils down to is that ISTPs are introverted people who retain their energy best when they are in a solitary environment. They’re somewhat aloof sorts who live and focus on the present. Rather than concern themselves with the possibilities down the road, they’ll focus on the details that are at hand.

ISTPs can be passionate about the things that interest them, which can throw others off at times because ISTPs often seem uninterested in the world around them. So if something grabs their attention, their reserved nature retreats while their enthusiastic spirit comes out to play.

They thrive in situations that have an element of peril or need to be addressed immediately. They can become addicted to situations that provide a lot of adrenaline and find them to be thrilling and compelling.

ISTPs work best when they are able to move from project to project. ISTPs make every moment count. Their mind is always at work, always looking to discover something new. They are not fans of routine, mundane tasks. The ISTP person is quite technical.

They’ll study endlessly to become proficient at a new trade and tend to grasp both technical and business strategies well. They’re great makers of things, and love to be involved in a project from start to finish. They pick up new skills and knowledge as they move from project to project.

The ISTP person likes to see the result of his or her work. They like the whole process from inception to dealing with the problems that come with it and solving the issues, to finally overcoming the problems and seeing their final product, which is often better than the previous model.

Because of this, ISTPs don’t relish the thought of being confined in the corporate environment. They’d rather a profession where they can get their hands dirty, even those with elements of peril. They value a literal hands-on approach to everything.

They’re a people of action who are moved to get things done. And while there be common approaches to their job, they’d rather invent their own after careful study and applying what they’ve learned.

With all of this in mind, is it any wonder that most ISTPs are men? These traits make ISTPs great mechanics and engineers.

But the skills of ISTPs don’t stop there. They’re highly logical individuals who are not given to decisions made on a whim. They’re practical in their analysis of things and will consider all vantage points. Their analytical ways help them to excel at understanding how things go together. Their attention to detail is superb.

ISTP's mechanical and hands-on approach to everything often gives them a reputation for being simple-minded and uncomplicated, but the truth is ISTPs are deeper than that. They can also be quite sharp and diverse in their talents and interests.

This makes them highly versatile in their potentials of careers. They can do many things and can be thought of as jacks of all trades.

Air Traffic Controllers ensure that airplanes and air traffic remain safe distances from each other as they land and take off near an airport. They work in control towers and routing centers. Because ISTPs have such an excellent attention to detail and the work of an air traffic controller is tense with a bit of danger involved, it makes it a perfect job for ISTPs. An air traffic controller may have to work all types of shifts, including weekends.

Carpenters have the ultimate job in understanding how things work together. They also work on projects from beginning to end, which is just what the ISTP person loves to do. As carpenters build structures and complete the interiors of them, they work with their hands and analyze how to best do things. These are all skills that ISTPs love to use.

Carpenters earn on average nearly $50,000 a year in the beginning, but earnings can go much higher with experience.

Engineers design, develop, build, and test tools, engines, machines, computers, electrical plants, vehicles, and more. Engineers also use many of the skills that ISTPs have, including their ability to understand how things work and troubleshoot their designs. They get to use their analytical skills to perfect their project or product and are involved from start to finish on their prototypes. There are many areas engineers can work from mechanical engineering, electrical engineering, civil engineering, aerospace engineering, and more.

Their salary depends on which type of engineering they work in, but engineers earn an average of around $80,000 a year or more.

ER Doctors also use many skills. In their quests to quickly identify the needs of patients and save lives, they must enjoy adrenaline type situations that require quick thinking, use analytical skills, and an ability to reset their minds from patient to patient, as all will have different needs. Emergency room physicians have the excitement in their jobs that ISTPs crave. Every day is different, and they never know what they will face from one to another. It is anything but boring.

Firefighters use many of the skills that ISTPs have. They have to be able to quickly access and respond to dangerous situations involving fire and the threat to life and property. Analytical skills come into play as well as attention to detail, while using their strength to overcome the elements to save lives and put out fires.

Firefighters are often in it for the sense of duty, element of peril, and love of what they do, because they are underpaid at just under $50,000 a year.

Mechanics, like carpenters, really get to get their hands dirty and work by taking things apart and putting them back together. This is something the ISTP person really enjoyed doing as a child. Whether it’s repairing vehicles or identifying problems with the electronics on the vehicles, ISTPs love this kind of work. They get to use their analytical skills and their muscles – brains and brawn, the perfect combination for the ISTP personality.

Mechanics' earnings vary widely, depending on whether they work for someone else or have their own shop. Entry level mechanics earn nearly $40,000 a year, while those who own their own business have entrepreneur-level earnings, well over $100,000 a year.

Systems Analysts are great positions for the tech-minded ISTP personality. Systems analysts look at a company’s computer system and procedures and design solutions to help the company operate more effectively and efficiently. This uses the ISTPs analytical skills and attention to detail as well as their understanding of how things work together. Systems analyst's skills and job description is a little bit of business and a little bit of information technology combined.

I’ve offered you seven great job possibilities for your ISTP personality. Landscape architects, photographers, surveyors, police officers, and airline pilots are just some of the other few jobs that are great for ISTP personalities.

Creative Jobs For Your ISFP Personality – The Artistic Free Spirits
Next Post:Best Jobs for the ENTP Personality: The Inventors of the World