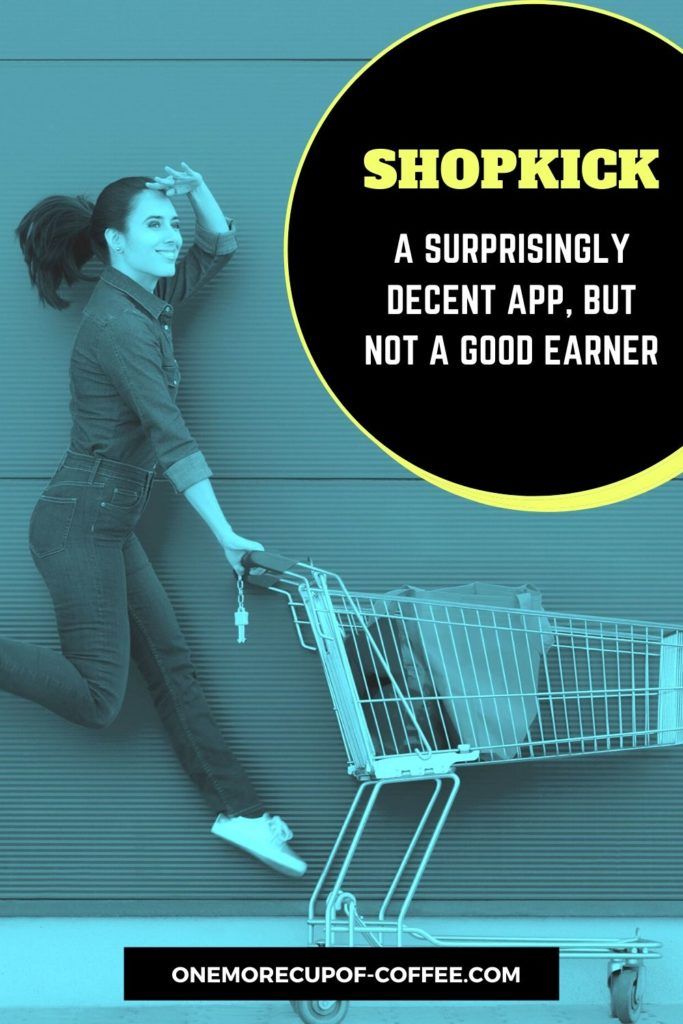 Shopkick is a different approach to the idea of making money by shopping. While the company does have a website, the main aspect of the money-making approach is app-based.

It is available either on Android or on Apple operating systems, although many devices aren’t supported. The app uses the GPS location of users to provide them with rewards for a range of shopping-related actions.

Specifically, the app makes use of its own currency, kicks. Users get kicks for walking into stores, as well as for some other actions, like scanning the barcode of a product or actually buying products.

So then, is Shopkick a good app or a bad one?

There are some good things about Shopkick. One is that you can earn kicks without actually making purchases (and the app itself is free too). This means that the app works really well for people who just like browsing stores a lot.

Many users also find the app fun, and it is a bit of a novelty.

Another good thing about this company is that it is partnered with a number of reputable stores, including Macy’s, Target and Old Navy. That’s more impressive. In a similar way, you can redeem kicks for a wide range of rewards, starting as low as $2.

Unlike most money-making approaches, the concept also makes some sense. Shopkick itself receives money from getting people to visit the store or from purchases that those people make and in turn, users earn some money (significantly less than the company does, of course).

Additionally, companies like Target do benefit significantly from the app, because they can use it to guide people to products that they might not have seen otherwise.

The balance of reviews offers a strong indication of the potential of the app. On Google Play, ratings for the app looked like this:

Likewise, many of the reviews are very positive: 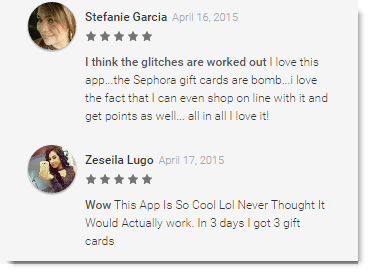 There are of course bad aspects to the app. One is reliability. While many users have had positive experiences with the app, a large number have had issues. In fact, the ratings from Google Play showed that more than 8,000 people gave it a one-star rating.

Many people complain that the app doesn’t work or that it only works some of the time. 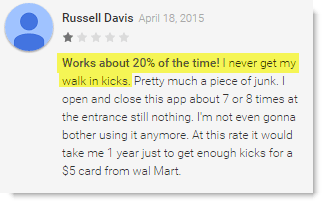 Others complain that their account got deactivated even though they hadn’t done anything wrong. This is a common issue with survey companies as well because companies are often very heavy-handed about protecting themselves from people manipulating the system.

The other challenge with this app, and this approach in general, is time.

It is very possible to earn money this way, but anything you earn is going to be slow and it’s going to be in the form of gift cards. This is fine if you are using this app as a casual thing while you are shopping anyway. However, it isn’t very effective as a money-making strategy in its own right.

For example, you have to spend a decent amount of time going into stores and scanning things. Some of these might be stores that you go into anyway, but others probably won’t be.

The amount of kicks you get per action varies considerably from one store to the next. One estimate is getting roughly 60 kicks for visiting Target and entering the app.

However, you have to earn 500 kicks to earn a $2 gift card or 6,250 kicks for a $25 card! Even with scanning, this equates to upwards of a dozen trips to Target to hit the figure for the $25 card. That’s a lot of effort, particularly as scanning can be time-consuming and a bit frustrating.

In terms of time versus money, you end up earning money very slowly if you actively scan and you may end up losing money if you choose to buy things for the kicks or because of the discount.

That being said, if you are using the app in the course of your normal shopping without really changing your habits, then a small reward every so often is certainly nothing to complain about.

However, if you are actually wanting to make money specifically, Shopkick isn’t the way to go. Instead, the best approach is to focus on ways that are actually designed for making money instead of just passing the time.

Personally, I hate apps and websites that make it seem like spending money is going to earn you money. Do you have credit card companies telling you that you can earn $200 if you just deposit $15,000 into a savings account? Wow! Who has $15k laying around?! No Thanks.