Can You Really Make Money With ViSalus? 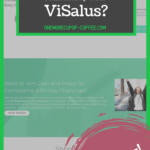 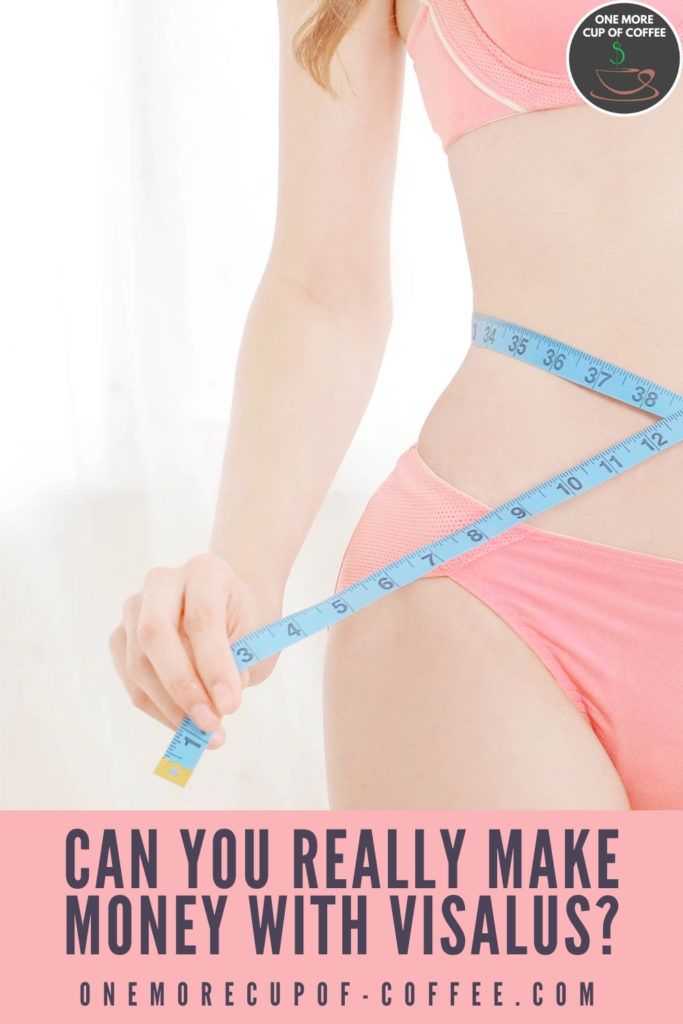 ViSalus is a pretty weight loss network marketing company. You just need to glance at the site to see the typical bold claims, including the idea that the products will change your life. The site boasts tye typical transformation shots, which all mean relatively little.

ViSalus is most well-known for its 90-Day Challenge (sometimes called Body by Vi). The big problem is that this challenge is nothing new. It largely relies on protein shakes and some supplements. The same strategy can be seen with countless other companies.

As for ViSalus itself, the company has been through some ups and downs. Their shakes were initially very popular, but ViSalus started to struggle after the 2008 recession. While the company has seen some growth since, particularly in 2012, it continues to face struggles and sales are far from ideal.

Before we get into the nuts and bolts of how ViSalus works, it's important to talk about the weight loss industry. Weight loss is a popular field, as many people struggle to lose weight on their own.

That being said, the focus of the industry has been changing. There has been a growth in body positivity and people are becoming interested in overall health, rather than just weight loss. As a result, healthy diets and fresh foods are becoming more popular as ways to lose weight.

While protein shakes still work for weight loss and does sell, they're certainly not as popular as they once were.

ViSalus is a classic MLM and follows the same general approaches as the companies before it. This means that the main way to earn is through product sales. You can increase your income potential by turning to team building as well (although you still need to sell products either way).

In this post, I'm taking a look at what ViSalus has to offer in terms of products and income. I'll then consider whether ViSalus is realistic as a source of income.

There are a lot of people interested in losing weight, but this doesn’t mean that the ViSalus opportunity is effective. The problem with big niches like weight loss is that there is also a huge amount of competition.

For example, even grocery stores sell many of the same types of products that ViSalus promotes, such as nutritional shake mix and protein-rich snacks. 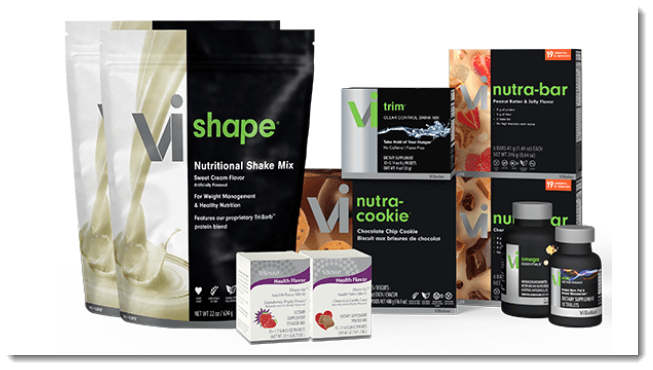 The products at the grocery store might be lower quality (but then again, they mightn’t be), but regardless, they tend to be cheaper and much more accessible. If you were trying to promote ViSalus you would have to compete against all of these readily accessible products, which really is a bit of a tall order.

In fact, there really isn’t any evidence that ViSalus’s products are any better than what else is out there.

To be fair, the shake mixes aren't horrible. The basic version is very low in sugar and fat, coming in at 90 calories a serving (if you prepare it with water). The protein content is pretty low (just 12 grams a serving) and the nutrient composition isn't ideal either. Still, you could get around both issues by simply using a double serving.

One serious limitation is that the product uses artificial flavoring. Many people who rely on protein shakes to try to avoid this type of ingredient.

The shake mix doesn't have much flavor either. You need to add flavor through other ingredients or by using the flavor mixes that ViSalus sells. The style could work for people who want more control over flavor, but it won't be what everyone is hoping for.

There are other products too, but the same patterns apply. ViSalus offers fairly typical weight loss products. They're probably better than some brands and worse than others. Regardless, the products aren't cheap.

While the site does host a number of success stories, these testimonials don't really mean anything. There are success stories all over the web about people who have lost weight under many different approaches, including making the right food and exercise decisions. There's even a guy who lost weight eating Twinkies.  It doesn't mean I can sell a Twinkie for $10 a pop and call it a weight loss program.

That aside, protein shakes are well-known as a weight loss technique. The same is true for weight loss snacks and the like. There's nothing special about that idea and ViSalus certain isn't offering anything new.

The fact that some people have lost weight under ViSalus’s approach doesn’t mean that there is anything special about it at all. One important indication of this is that the site doesn’t offer much in the way of research to support its claims.

All of this is important.

If you are trying to sell anything at all, whether it is health products, cars, toys, computers, or any number of things – you want to be selling something that is appealing.

There are so many products out there that basically sell themselves because people already want them and it’s clear why they are better than other products. Other times you might have an appealing product that just involves a little bit of effort to convince people that it is worth investing in.

The products from ViSalus don’t fall into either of these categories. Sure, they look nice, but there are relatively few people who have that kind of money to spend on products that aren’t that much better than what is already out there.

Furthermore, ViSalus distributors don’t have much evidence at hand to actually convince people to purchase the products. Instead, they have to rely on sales tactics and simply being convincing.

As you can imagine, this makes the process of actually selling products very difficult.

In fact, people often go into these types of companies expecting the process to be easy but find that they are fighting an uphill battle to make any sales at all.

What You Can Expect

To earn money from ViSalus, you need to pay a yearly fee of $99. This gives you access to wholesale pricing, a website for marketing, some training, and various related features. There are also starter kits, which begin at $79. It's not clear whether these are optional or whether you need to purchase one as well.

Distributors can earn up to 30% from sales to customers. 30% is a decent rate of commissions, but that's not where you start. Instead, the commission structure for ViSalus looks like this:

The PBV here stands for Personal Bonus Volume. Most of the time it is dollar-for-dollar with the price of products, although there are some exceptions.

Based on this, you need to make $201 in purchases and/or sales each month to earn a 10% commission. You need more than $1,000 to hit 20% and more than $2,500 to hit 30%. Those are high goals, especially for anyone who is new to the field. Most beginners would end up at the lower commission rates for quite some time.

There's another aspect too. You need to buy and/sell $200 of product every month to earn any commissions at all. That's a tough requirement.

Of course, selling products is only half of the story at ViSalus. Distributors are encouraged to recruit others as well.

The system ends up looking a bit like a pyramid, as each level down contains more than the previous level (at least, that's the theory). You then earn based on the commissions that your team generates and where they are in your downline. There are also various bonuses tied to the team.

The basic idea is that the larger and more successful your team is – the more money you will make. That's true, but only partly. As is often the case, some of your income potentials is also linked to your team structure.

One aspect of this is your rank. ViSalus has a large number of ranks that you work your way up to (a total of 15!). Each rank offers more chances to earn than the previous one. The requirements go up as well. The image below shows the requirements for just a few of those ranks.

As the image shows, you need to hit certain sales criteria within your team. The higher ranks also require members of your team to get promoted as well.

Having other team members reach high ranks is always a frustrating requirement. Even if you're dedicated to making ViSalus work, the same mightn't be true for everyone that you recruit. Besides, you can't make someone else be successful.

Then there are the bonuses. There are plenty of these and most are linked to your rank in some way. Some require a specific structure in your downline as well. Needless to say, the whole thing gets complicated fast.

Can You Generate Reliable Income With ViSalus?

It's almost always possible to earn some money in an MLM. Making a reliable income is also possible, as long as you plan well and have a suitable audience. The problem with ViSalus, and the model in general, isn't that income is impossible.

Instead, the problem is the relationship between work and rewards.

At the early levels of an MLM, you're having to do a considerable amount of work to get anywhere, often with very little training. It's not until you get a decent downline behind you that what you're earning starts to be worth the effort. This mightn't be too bad except that most people never get to that point.

One of the issues with the overall approach is that you have to successfully recruit people into the company who are going to be active and successful. This is much harder than simply selling products and it often means you have to mislead the people you recruit – because you typically won't be making much money until you have a decent team.

If you are worried about getting folks to sign up to sell stuff even though you haven't made any money yet yourself, you are not alone! This is a common fear. Some folks straight-up lie, others focus on telling others' success stories or spin some number hocus-pocus spouting off how much you can make with a downline.

Additionally, the company maintains a complex compensation plan. This makes it difficult to work out how much money you should be earning or what the best ways are to earn money.

Can You Really Make Money With ForeverGreen?
Next Post:Making Money With doTERRA: How Realistic Is It?