Get A Job Writing Game Reviews 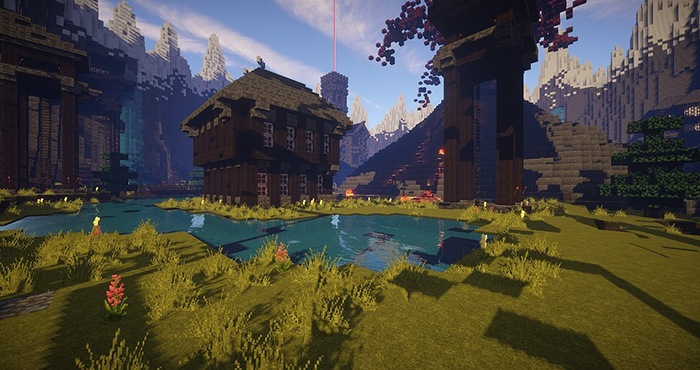 If you’re a gamer, being able to get a job writing game reviews can sound amazing. And, why not? There are countless different games out there now, along with many different platforms to choose from. In this post, I’ll show you some ways that you can land a job in this field, along with why you might want to.

Most people who write game reviews are in the video game field. You might find some variations, like board games or tabletop roleplaying games. But, if you’re interested in this type of review, you’re probably looking at video games.

Regardless, many people who write games reviews don’t just focus on reviews specifically. Instead, they might be classified as a games reporter or a games journalist. This means that some of their writing is on games reviews but they’ll also write about other areas – like breaking news about projects and highly anticipated games.

That variation isn’t a bad thing. After all, writing a game review involves spending hours on a given game – one that might not be any good. So, having some other things to write about increases efficiency and makes the job that much more interesting.

If you want a full-time job in the field, then a games journalist would be a more realistic goal. And, there are some companies that hire people in this field. Although, as you can probably imagine, the competition is intense.

On the other hand, if you want to make money on the side, you can get work reviewing individual games. For example, the site Polygon regularly hires people to write game reviews. They pay compensation for individual reviews, which can be $300 or more, depending on what you’re actually reviewing.

But, as they point out, don’t expect to be viewing the big games, not at the beginning. No one is going to hire a new writer to review Destiny 2 or the next Rockstar game. But, they may hire for more obscure games, especially indie titles.

Whatever style you follow, you’re going to be reviewing games some of the time, which means you’ll be playing them.

That sounds amazing – but, it’s not always time efficient. Remember, you have to play enough of the game to write a decent review. If the game isn’t particularly good, you may get sick of it long before you’ve played enough.

How Do You Get Started?

Writing game reviews is a tough field – because everyone wants to do it. Well, not everyone, but the level of interest is high. As such, the first challenge is breaking into the industry. You need to get your talent noticed. To do so, you’ll need to pitch your services and your reviews to many different companies.

One approach is to look into popular game review sites, both large ones and small ones. Polygon is one example, another is the site That Videogame Blog. There are also various posts that can guide you, such as this list from Nerd’s Magazine. Some of the information may be out of date but lists can still help you find many sites quickly.

When you’ve found the sites, you then need to work out which ones are looking for writers. Some will have specific information that is easy to find, including details about what they want and what is on offer.

For example, the apparently defunct site  Game Crazy wanted at least one original piece of content per month but offered no financial compensation. Instead, reviewing for them seems to be just a way to get exposure and content published online. There are some merits to doing so but in most cases, you’d want to be getting something in return.

In other cases, you’ll need to reach out to the site and find out whether they are looking for writers. If you do this, take the time to get your pitch right. That’s particularly true for large sites, as people do judge quickly.

Regardless of where you apply, you’ll need good samples of your writing. After all, you have to show exactly what you can do – and what makes you different than the people you’re competing against.

In some cases, you may even want to write a sample or two specifically for the company that you’re targeting. This can be useful, as the approaches that companies take vary considerably. For example, Polygon states that its reviews are ‘holistic’, focusing on the entire game and the positives and negatives. In contrast, other sites may rely more heavily on the experience of the reviewer.

If you want the best chance of landing a contract or a position, matching your style to the company in question simply makes sense.

Some companies also offer internships. An internship isn’t ideal financially but it can be a good way to get a foot in the door. Some interns do end up being employed at the company they work for. Additionally, you get experience in the industry, which is incredibly valuable.

This approach is mostly limited to students and you have to be able to physically work at the company. As such, the idea isn’t perfect. But, if you fit the criteria, it may be worth considering.

What You Need To Be Successful

More than anything, success in this field takes patience – a lot of it. You should be prepared for rejection too. Companies receive many proposals from potential writers and only a fraction of those are even entertained. This means you have to keep trying and pushing your reviews at every chance that you get.

You also need to be proactive. Companies aren’t going to come looking for you, even if you’re a prolific review writer that regularly posts on other sites. Instead, you have to take the first step (and the second, and the third). This includes following up if your first email goes unanswered and always looking for new opportunities.

Even if you get a job, patience and perseverance are still required. Many companies have strict requirements about the content they want and your piece may need to be tweaked and edited multiple times. This can be frustrating at first, especially when you are just learning the rules.

You also need to be relatively decent at writing and at gaming. If you suck at either area, you’re in the wrong field.

A game review needs to be compelling and interesting to read. It also needs to give people the information they actually want. For example, you can’t just tell your readers that a game is horrible. You also have to tell them why. Key topics include how enjoyability, replayability, graphics and gameplay, although there are other areas too.

Likewise, you need the basics of writing down. You’re not going to make any money if your spelling and grammar are often incorrect – or if you’re incredibly boring. Writing skills can be learned but you need to do that first, before you try to sell your writing.

You don’t need to be world’s greatest gamer to write reviews. But, you do need a good understanding of the types of games that you’re focusing on. This includes the ability to spot issues and to know what is good and what isn’t.

One example would be the game Persona 5, which is classified as a JRPG. The game is incredibly popular among its target audience and tends to get extremely high ratings. Yet, for people who don’t play JRPGs, the style is confusing and fairly unappealing.

You don’t need to be an avid fan of JRPGs to review Persona 5, nor do you need to enjoy them. But, you would want at least a basic understanding of the genre and what to expect.

Of course, you don’t have to work for someone to make money with game reviews. Some people find success working for themselves instead.

One way is to freelance. Here, you can turn to sites up Upwork and Freelancer. Both options contain a large range of writing jobs, including some in the field of gaming. The style can work well but you’re competing against a large range of other writers and the pay often isn’t that great.

For the right person, sites like these can be a way to jumpstart a freelance writing career and find some good clients. But, for most, they end up being a frustrating experience. They also aren’t well-suited to game reviews.

As mentioned before, you can also sell reviews on an individual basis. To do so, you might approach large companies and ask if they want a review on a specific game. Your chances are better if you’re reviewing something obscure or a game other reviewers wouldn’t want to bother with.

One approach may be to choose a game that you find interesting, one which you’ve already played. You could then approach multiple sites and try to get them interested. Doing so is more time-efficient than trying to focus on multiple games at the same time. It also gives you the most income potential for the time you spent gaming.

An alternative would be building your own site and using this as a platform to write reviews and to talk about games in general. This approach won’t pay you per article but instead you can earn money from sales or traffic. Plus, the style means that you can write about the games that interest you, rather than relying on the games other people want reviews for.

Having a site can also be a good way to showcase your work, especially if you want to sell reviews on the side.

Get Paid To Write Game Reviews
Next Post:Longtail Pro Review: Is It Worth The Hype?