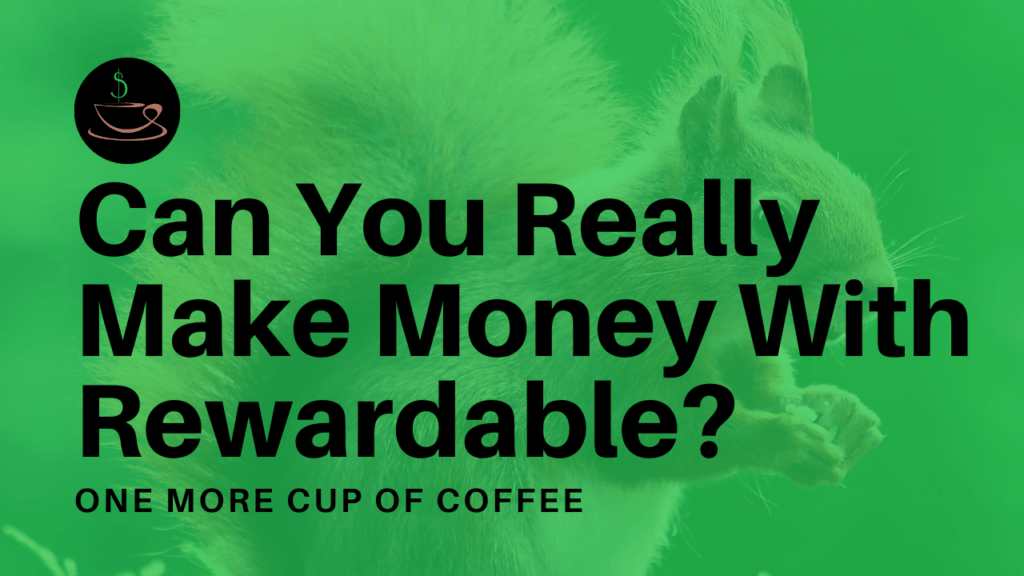 I like to shop… but do you know what I love even more? Earning cash while I do it!

Incidentally, that’s what Rewardable seems to promise. But does it deliver? Can you really make money with the Rewardable App, or is this just another gimmick that’ll waste your time?

I came across this one while I was looking into apps that can help to earn you extra cash—and I was attracted to it mostly because of the 4.4 star Google Play review. It also had quite a few downloads, which is always a good sign.

The tagline also caught my eye. It said “Make easy money with your Android phone.”

That sounded like the kind of app I wanted to find—so I downloaded it and got to work. 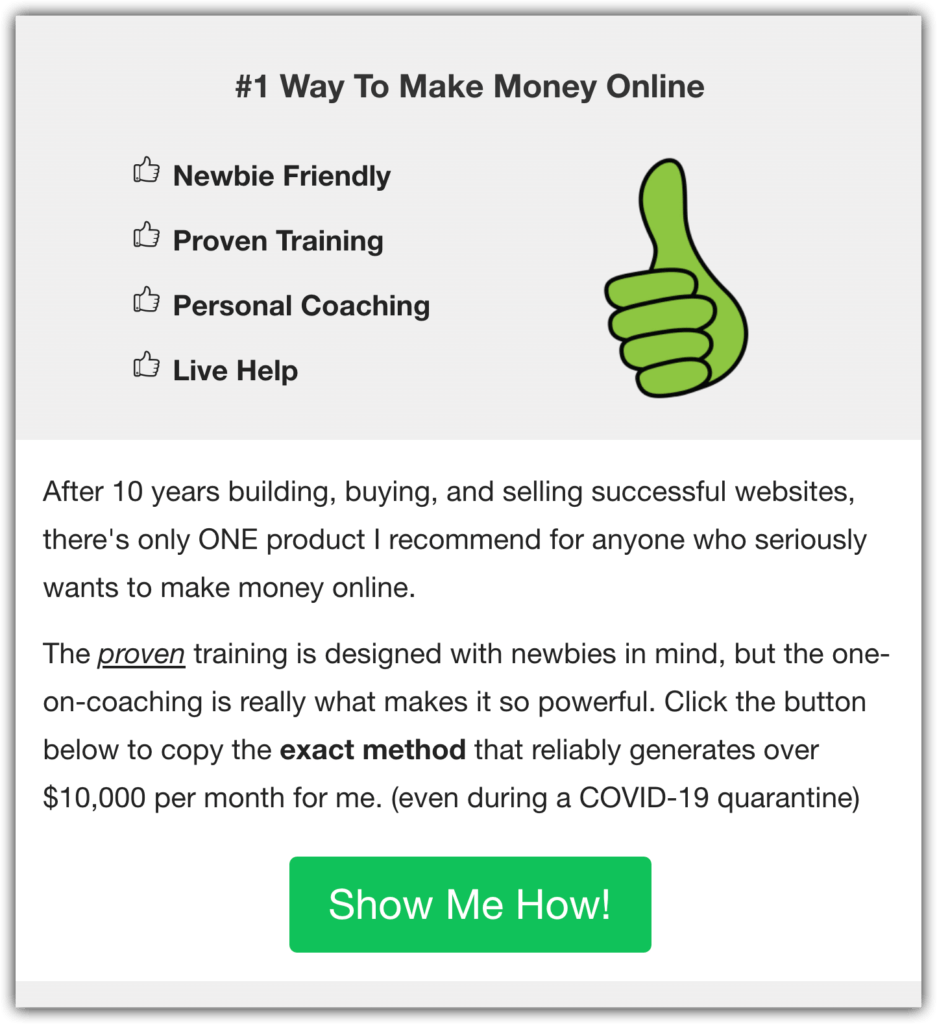 Making Money With The Rewardable App

You can download the Rewardable app directly from the Google Play store for Android Users or the App Store for iPhone users, or you can head over to Rewardable.com. Though I was able to download the Android app, I couldn't access the iPhone app for some reason. It said it wasn't available in my area! 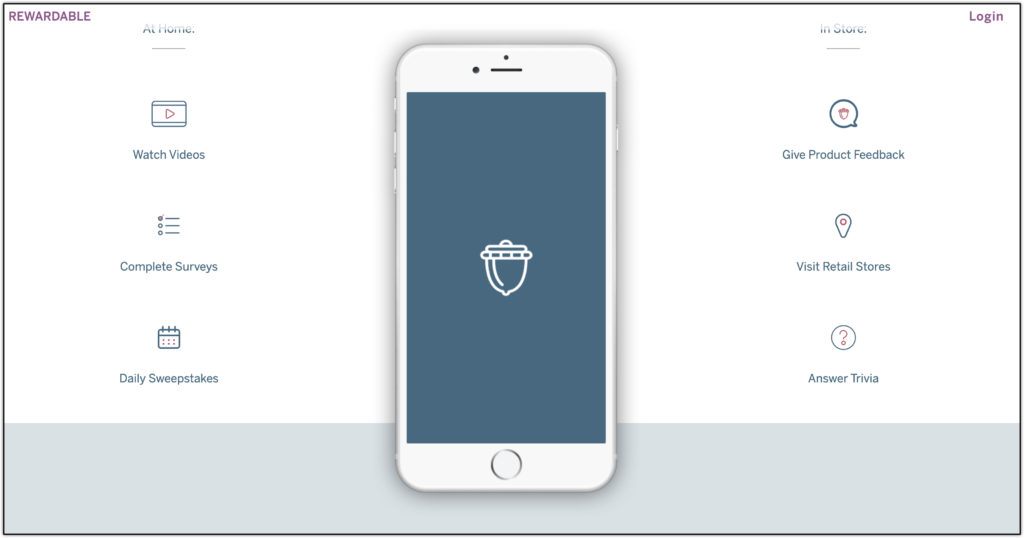 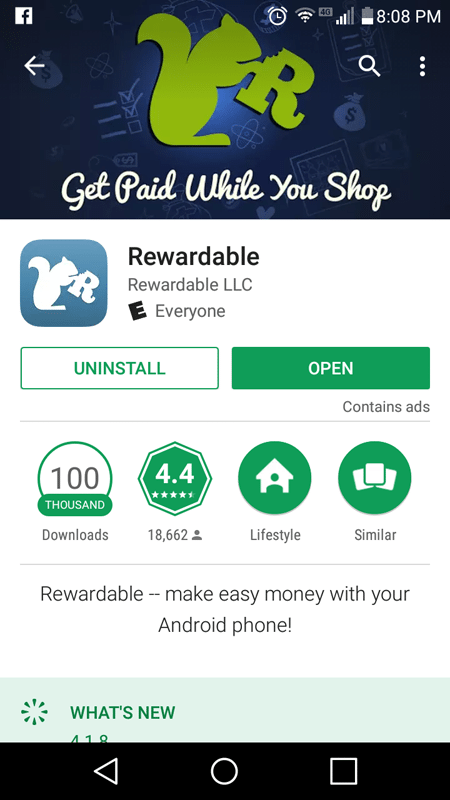 Getting Started With The Rewardable App

Rewardable is basically a discount shopping app with rewards. Is it any good? Here’s what I found out, however, over the course of my research. After I registered for Rewardable, opening up the app brought me to this screen first—which seemed to be the main ‘hub’ where you can choose offers

I noticed right away that there is like a squirrel/acorn type theme going on, which is kind of cute, I guess. The acorns seem to be the points, and they are literally called ‘Acorns’ within the app.

I also saw what seemed to be different categories here in the main hub. These were arranged vertically, so you could scroll up and down to view the entire list. There were quite a few, actually—more than I would have expected. 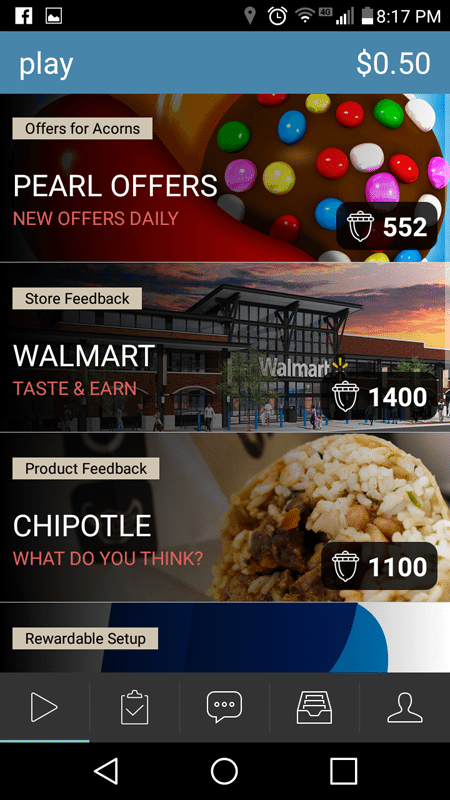 Each of these categories provided me with a way to earn Acorns… and many of them had more than one sub-category within them, though this didn’t tell me how they worked, necessarily.

Trying Out The Offers For Acorns Category In Rewardable

Before I could really use this feature, I had to actually sign into the app. I used my Facebook Login, which was super easy, and was then taken to this page. 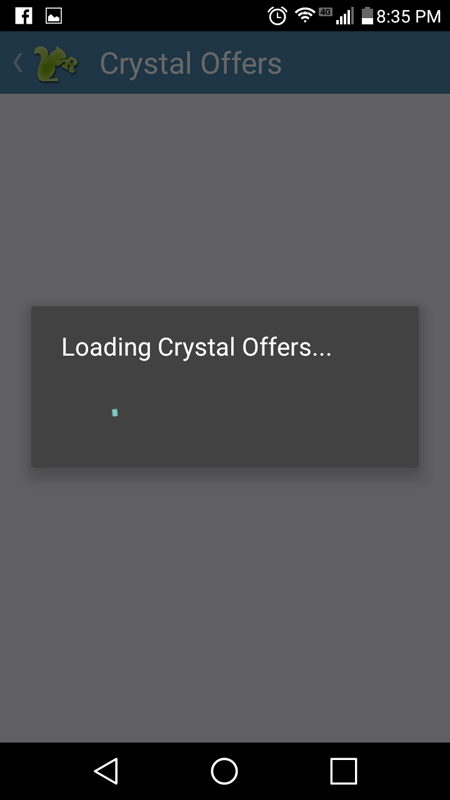 (Note: This was the first, and really only, technical glitch that I encountered during use. Other than this, the app seemed to function perfectly.)

So I backed out of it again, and went back to the main hub. I tried to load a different category this time… a different level of Offers For Acorns, and was taken to this screen. 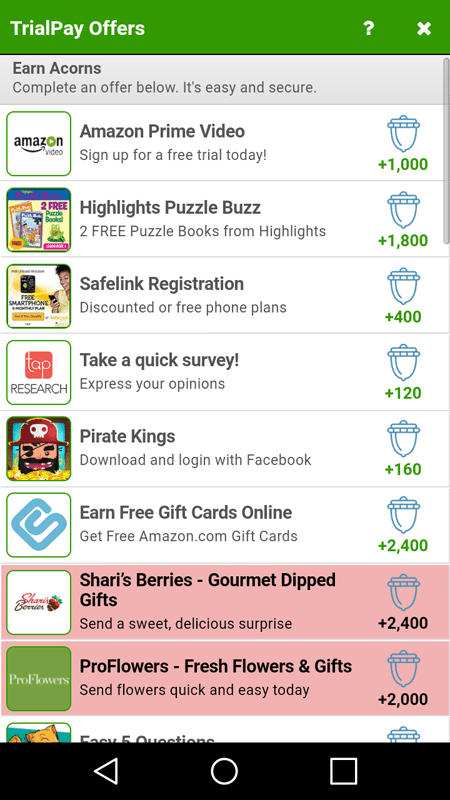 This seemed to be a TrialPay Offers page, where I could do things like signing up for Amazon Prime, registering with Safelink, or taking a survey to earn points. I decided to try taking a survey… just to see what would happen. So that’s what I did next.

I tried to take a survey. I took what seemed to be a preliminary questionnaire, and the app found me an entire list of surveys that I ‘may’ qualify for.

I tried to take like 10 of them—and didn’t qualify for a single one .

This was a bit irritating—but it is what it is. Sometimes this happens, though I will admit that it shook my faith in the ability of this app to actually earn me any consistent cash through survey-taking.

So instead of going this route, I decided to look at the other offers at my disposal.

In the Silver Offers section, which is easily found on the main hub, you can sign up for an Amazon Prime Trial to earn 1,000 Acorns. That seemed pretty awesome—especially considering that taking a survey would have only awarded me 120 of them!

But there were literally dozens of ways to earn points on this page alone—and the Silver Offers section provides new tasks daily—meaning that there are a ton of ways to earn Acorns on this app.

Taking this into account, I wanted to find out how much an Acorn was actually worth—now that I had an idea of what it would take to earn them.

Obviously, some days would probably lead to better rewards than others—but as a general rule, the app looked as if it would keep itself pretty full of ways to earn Acorns. So that’s what I went looking for next… the conversion rate of Acorns to actual, real-world dollars. 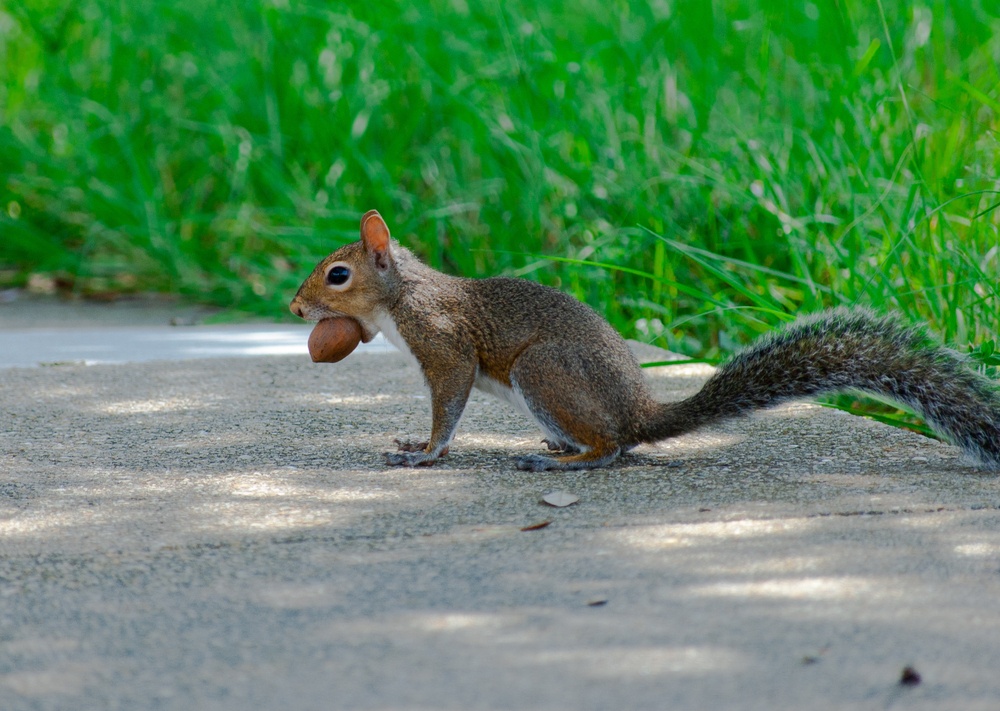 Figuring Out How Much Acorns Were Worth On Rewardable

To figure this out, I would actually need to earn points and see what the Acorns translate to in real-world dollars. So I did a really short survey that I found on the main hub, which was worth 10 Acorns… and here is what popped up in my Tasks screen. 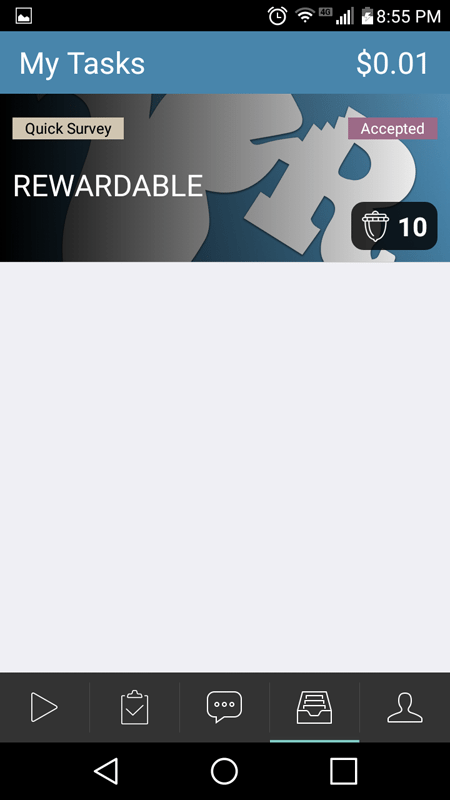 This is actually not too bad of a conversion rate. Plus, when I completed this survey, the money was added directly to my account.

If you wish to withdraw your money from Rewardable, you have to supply your PayPal information. This is easy to do, and is pretty simple through the app.

How Much Could You Possibly Make Using This App?

Obviously, the main thing to look at here is how many points you could conceivably make on an average night, in which you had a couple of hours to spend using the app.

So I crunched the numbers, and after looking at everything, I had a pretty good idea that I could earn about 3,000 Acorns on good nights… maybe closer to 2,000 on nights when there wasn’t as much to do.

This would equal out to be about $2 to $3, per night. Figuring that you might not be able to use the app for a night or two per week, I would venture to guess that it would be pretty easy to make at least $10-$12 per week using this app, as long as there were enough things to do, and as long as the user continued to spend sufficient time on it.

But—with that being said, there is also something to be said about the low per-hour figure you would achieve while using Rewardable. When you’re looking at spending an hour or two just to make $2 or $3, is it worth it? Wouldn't you at least rather be chilling, watching Tiger King on Neftlifx rather than doing some mind-numbing surveys and games?

They do have a decent upside though, in the sense that you could really use them anywhere. This app, it would seem, could be used while riding in a car (not driving), catching the subway, sitting at commuter parking, waiting in line, etc. Personally, I'd rather browse Twitter and Instagram, but I can see the appeal for some people.

For all my reviews I test out the app for a short period of time, and also browser other reviews to see what people are saying. As of April 2020, there are no other reviews of the app where people have actually cashed out rewards. The only reviews I could find with payout screenshots were for a different app, called Rewardable TV. It seems to be the same company, but they shifted how you earn money. 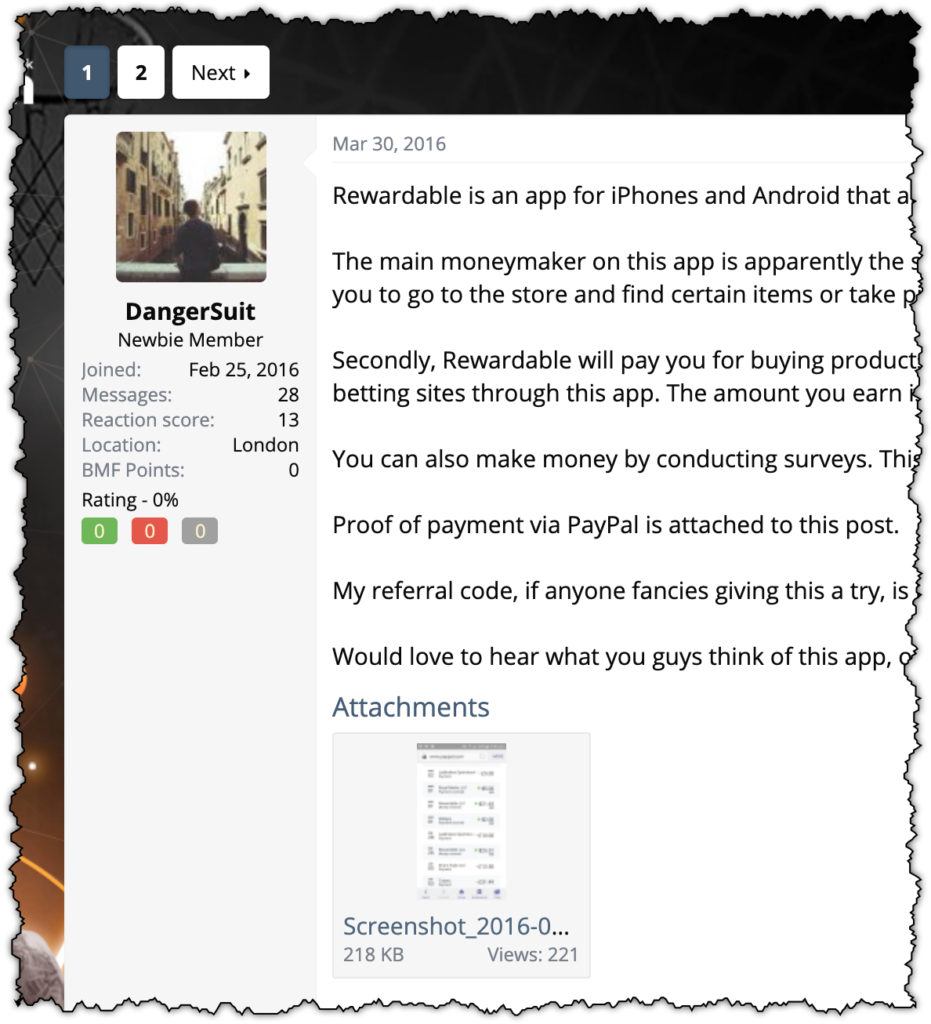 Rewardable TV is an older app, and is not the same thing as the Rewardable app we're talking about here, where you earn acorns for points and exchange them for cash. Although the Rewardable TV app had some positive reviews, and people were cashing out between $10 and $25 per month.

Though I couldn't find any reviews from long time users, I didn't see any complaints either, so it looks like Rewardable is legit!

Will I Be Keeping Rewardable Installed On My Phone?

I will be honest. Most apps in this category don’t sit very well with me, because it seems like they ask you to jump through too many hoops to make any money.

But—Rewardable was a little bit different. No, you are not making huge returns on your time. But, the upside is that you get to schedule your online cash-making opportunities for the times that work best for you.

You don’t have to mess around with surveys that must be taken while you’re shopping, either—which for me is a pretty big upside.

Personally, I won't be keeping this app on my phone. If I'm going to make use of my downtime, I'd rather be reading the news rather than making $2 per hour. What's your time worth?

Our Final Thoughts About The Rewardable App 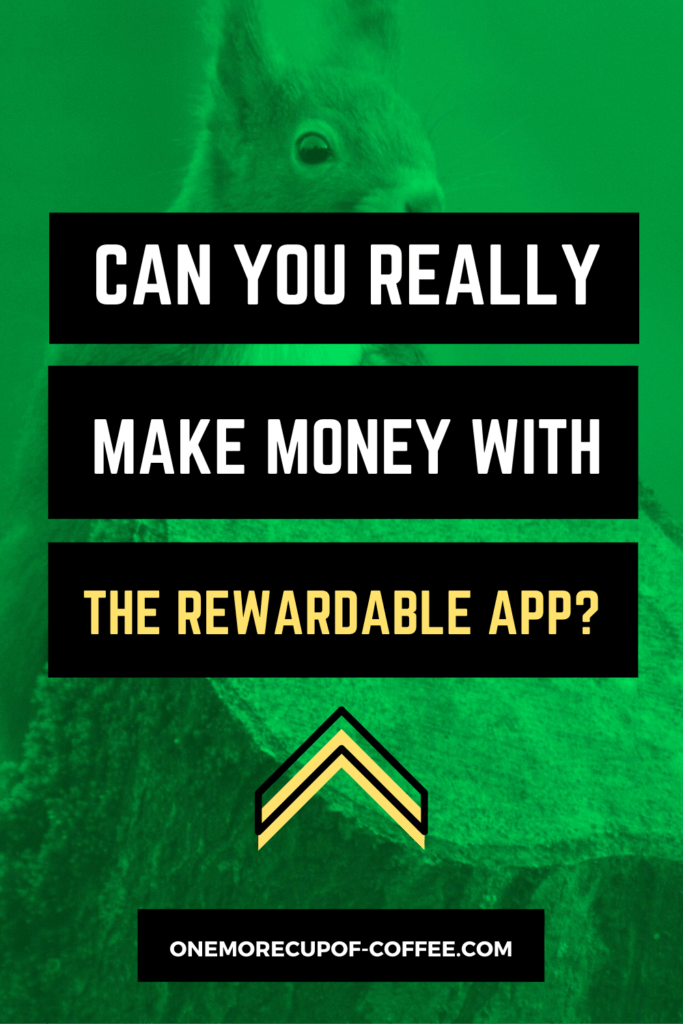