Can You Really Make Money With The Merchandiser App? 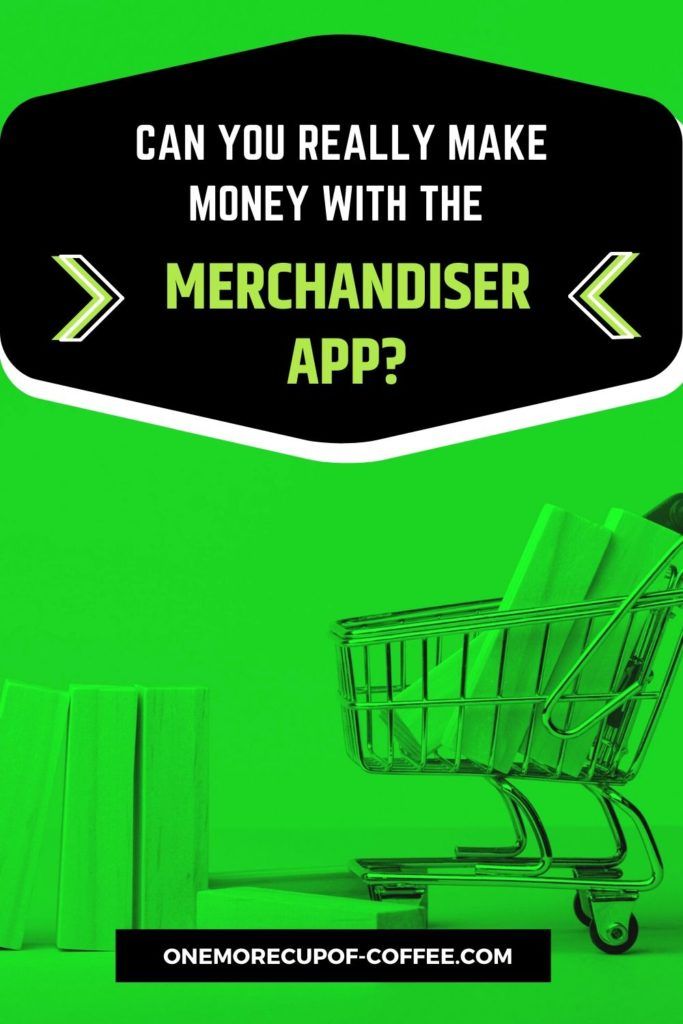 If you like surveys, and are interested in taking surveys to earn extra cash, then this app might catch your attention. But can you really make money with the Merchandiser App?

The app is actually called ‘Merchandiser by Survey.com,’ but for simplicity’s sake, we shall refer to it simply as ‘Merchandiser.’

“Get paid to complete projects in local stores.”

The Google Play stats were actually pretty good for this app, to be fair. 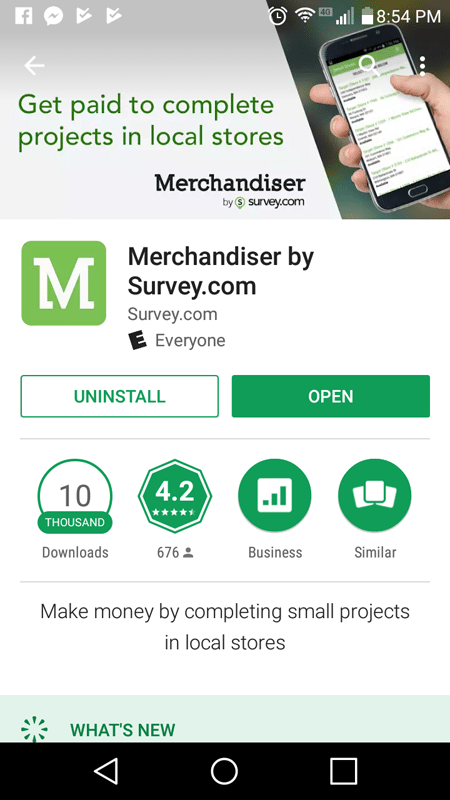 4.2 stars is actually a pretty good rating for an app like this. I have found that once the rating drops below 3.5 stars, I’m much less likely to feel good about it—so Merchandiser certainly meets my requirement in this sense.

I never judge a book by its cover, however—so I was determined to figure out if this app was really worth the time with an actual, real trial.

Making Money With The Merchandiser App

Opening Up The Merchandiser App For The First Time

The first screen that I arrived at, upon opening the app, was a login screen. 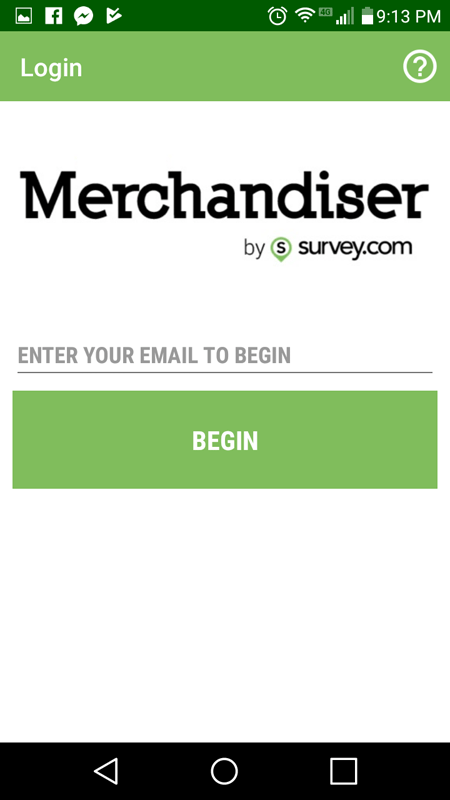 I will say, right from the beginning, that I loved the look and feel of this app. The fonts were awesome, and the app itself was very responsive. If filling out forms can be pleasurable—this experience was certainly a pleasurable one! (lol)

The next page, however, proved a bit more troublesome. I needed to create my account by providing my name, phone number, country, and zip code. And I also needed to create and confirm a password.

I immediately received a couple of emails and a text message from the company, to confirm my text number and also to receive some basic information about how to use the app.

Confirming the phone number was pretty easy. After that, I went ahead and took a look at the app. 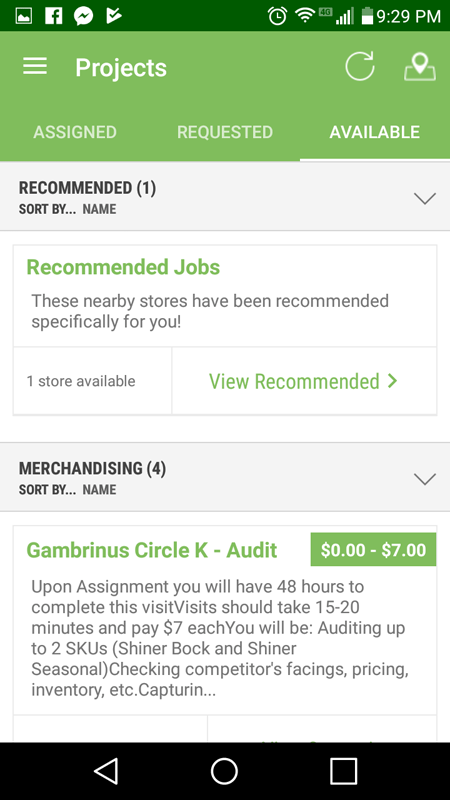 The main hub of the app had three basic pages: Assigned, Requested, and Available.

The Available page seemed to be the default, because it showed all of the types of jobs that were currently available for users to participate in.

The Requested page basically showed you your current job requests—though I had none at the moment, because I had not used this feature.

And finally, the Assigned page was the page where you could view your assignments. I think that this is where you would look at the projects that you are currently involved in on Merchandiser.

So, the first page that would be important to look at is the Available page, which is what I examined next.

Figuring Out How The Merchandiser App Works

At this point, I put the app down for a little bit because I had some things to do. When I came back to it, this is what I found on the home page. 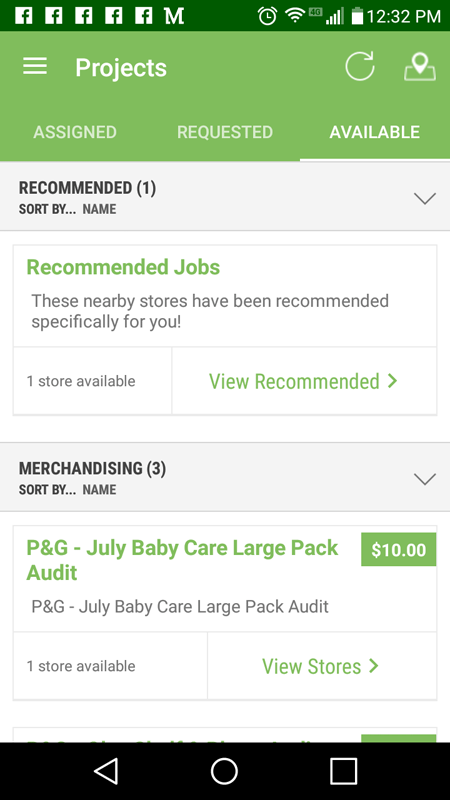 There was 1 recommended job for me, so I viewed it. It was a job at my local Wal-Mart store… that paid out $35.00! This really caught my attention, so I investigated further. The listing said that shipment would be required… which is not surprising to me.

Next, I realized that I could request the job… and if I were approved, I would get it.

Then, you wait. This seems to be what the Requested page is for. It is a place where you can view jobs that you have requested… because this job now appeared there, since I had requested it. And once I got assigned (if I did), I assume that the job would then become viewable in the Assigned area.

This all seemed pretty straightforward to me. But, I had another question now.

The job listing told me that I would get paid $35 for this job, if I were to get it and complete it. But I was still wondering how I would even get paid through Merchandiser… so that was what I investigated next.

How Do You Actually Get Your Money Through The Merchandiser App?

I visited the drop down menu located in the top-left hand corner of the app, and found a page called ‘Payment Center.’ I clicked on this, and was taken to this page. 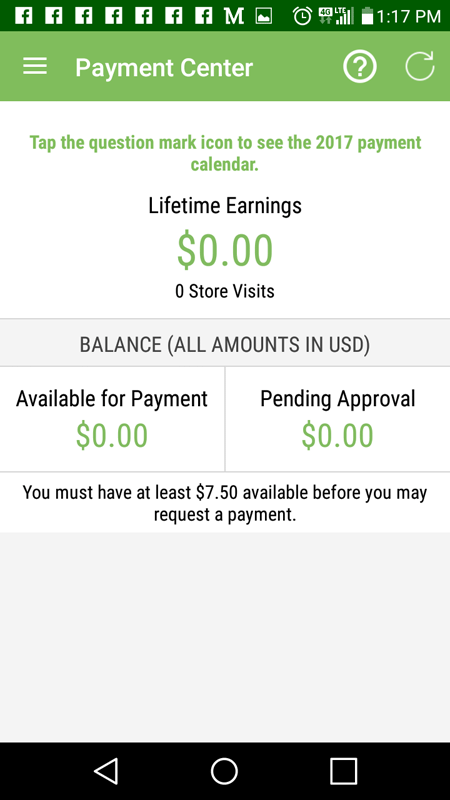 Here, I learned quite a bit of information about how money was handled in the app—but I will admit that I still didn’t know how to request a payment. I found other sites are more transparent, and easier to set up payments.

So I visited the learning center instead, to see if I could find anything interesting… and I found a FAQ for new users. Here, I learned that you request payments through PayPal… which I was happy to see.

Thus-far, the app had proven to be pretty intuitive and useful. I was impressed with more than one aspect of it, but I also had a few more questions.

But above all, I wanted to take a look at the Google Play Reviews, to see what other users had to say about it. So that’s what I did next.

Checking Out The Google Play Reviews For The Merchandiser App

I checked out some of the reviews on Google Play, and found some very positive feedback. Here is an example of one review that I felt did a good job of describing what most of the positive reviews had to say about the app… 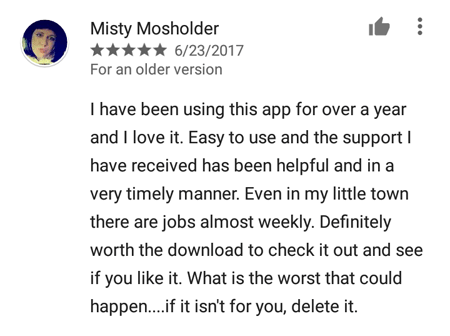 Some of the negative reviews seem to have less than positive things to say about customer support, as this review seems to demonstrate… 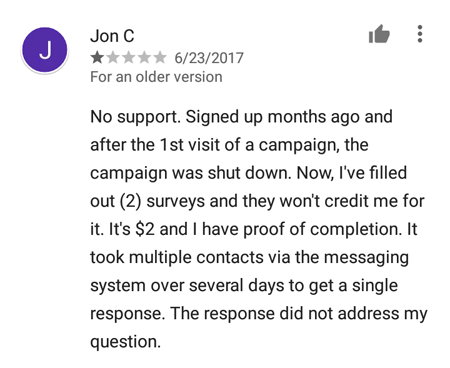 But, all things considered, it sounds like there are a lot of people who make really good money using this app. The app obviously requires you to be at a certain place to do the work, but the work seems to pay out really well.

One reviewer even said that they have made over $1,000 extra dollars in just 4 months with the app already, which is quite impressive!

With all of this coming to light, I felt that I had sufficient information with which to formulate my opinion of the app. Here is what I came to decide.

Here is what I think of the Merchandiser app, after downloading it and giving it a try.

First of all, I really like it, for the most part. They offer quite a bit of money for jobs, and while the jobs do seem to be a bit time-consuming based on what I have read in the customer reviews, they seem to be worthwhile when you take into account how much money you are actually making.

I am not usually one to like the idea of being required to be in a certain place at a certain time to earn extra cash… but even I will say that the extra jobs offered by this company do pay out pretty well.

I also like the fact that there are jobs available close to me. That is pretty huge. I am almost never able to make use of apps like this, because I live in a pretty rural area—and finding apps that actually offer jobs anywhere near me is pretty rare.

So the fact that this app gave me a job opportunity not even five minutes away from my home is pretty awesome.

With that being said, I will also weigh in with what is, perhaps, my only real criticism of the app.

That it does require you to be at a certain place to earn your money. Granted, for some people, this may be counteracted by how much money the app offers for jobs, and reasonably so… but for me, I cannot stress enough the importance of flexibility when it comes to earning extra cash.

This app is definitely worth a try for someone who feels that the time would be worth the monetary tradeoff. To be honest, this app pays out better than most I’ve ever seen. But, I will also say that there might be better, more flexible ways to earn extra cash… though I will admit that I haven’t found them in any other apps.

This app offers what could probably be considered ‘the best use of your time for the money’ that I have yet seen in an app in this category… and that is certainly worth something.

Our Final Thoughts About The Merchandiser App