Best Jobs for the INTP Personality: The Thinkers and Einsteins of the World 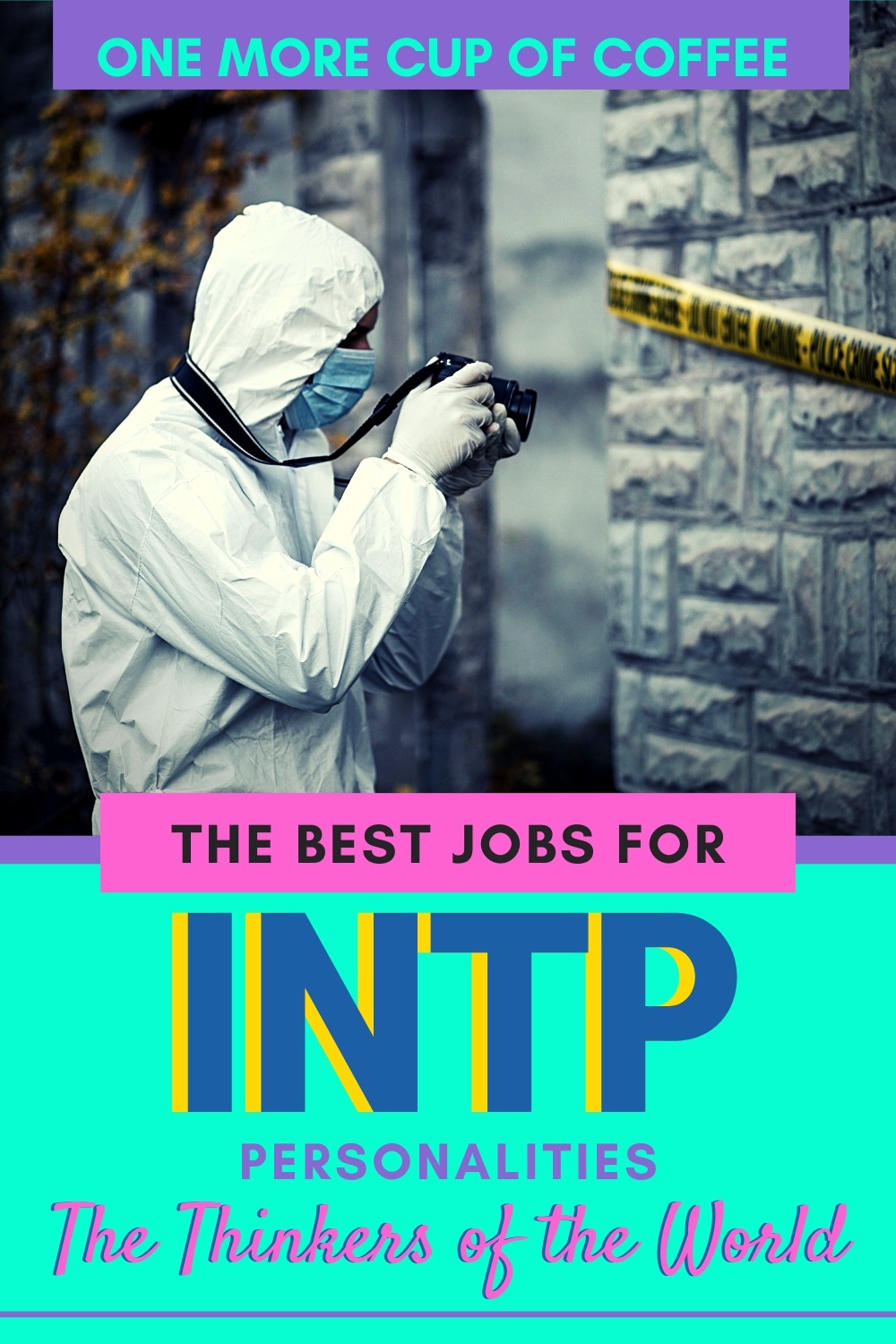 Do you tend to be pretentious and not forthcoming with a show of your emotions but at the same time enthusiastic about the things that excite you? Do you enjoy quiet times of reflection, as you analyze situations so that you can attempt to solve them?

But first, let’s learn more about the INTP personality. INTP stands for Introversion, Intuition, Thinking, and Perceiving. It’s one of the 16 personality types discovered from the work of psychiatrist Carl G. Jung.

In his book, Psychological Types, Jung suggested that certain clinical observations of the cognitive functions of different people distinguished particular traits in their personalities. From there, other professionals developed personality assessments, namely the MBTI assessment.

Through these studies, sixteen personality types were found to be prominent in society. The INTP personality is one of those personalities.

INTPs tend to be curious, analytical types of people. They’re logical in their way of looking at things, rational in reasoning, and attentive to their cause. It’s no wonder that they thrive in careers involving science, law, philosophy, and architecture.

In fact, INTPs are often referred to as the Thinkers and the Architects. They appreciate learning how things work together. Their systematic and logical ways of looking at things are marked by their penchant for precision.

They can be creative in their pursuit of new ideas and can actually get quite excited as their spirit of innovation comes alive, even though some might be a bit unconventional.

In this way, they are like the Nutty Professor or the Nutty Scientist, but just imagine where we’d be today without the Einsteins of the world.

INTPs can be chaotic at times and they tend to brush off small talk as a waste of their time, but they can be highly rational in matters of theory and intellect. 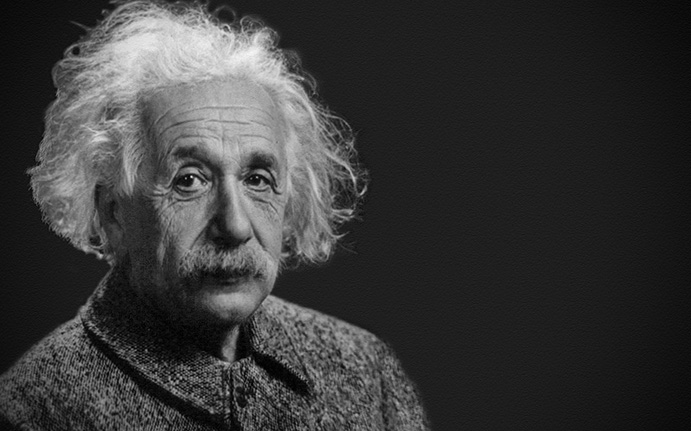 INTPs are solitary, eccentric, and independent – none of which though of as desirable traits for corporate positions. INTPs seriously struggle in finding careers that meet their needs, but when they do they bring qualities that are hard to find and are in high demand.

Their creativity, passion for theoretical methods and ideas, and their entrepreneurial, innovative spirit is an asset to whatever job they choose.

Many INTPs find that they work best alone. They’re not natural leaders and don’t tend to gravitate towards group efforts. If they do find themselves in a group, they are likely to focus on learning more, as they gather information from others, often a blind fact to their coworkers, who often misunderstand the INTPs misdirection as being disinterested.

The INTP personality though surprises others from time to time. They are sometimes inclined to comedic gestures and statements which can quickly win the affection of others. Even though their overall personality is somewhat reserved, when they do come out of their shell, they can be very pleasant.

You will never want to find yourself in a debate, however, with an INTP personality. Their quick wit and intelligence win hands down every time. The brain of an INTP personality never turns itself off. They are always thinking, theorizing, analyzing, and creating in their minds.

Their mind is a machine at work 24/7. With this in mind, it’s easy to see, that the INTP personality is an asset in whatever career field they embark in. They also have a fear of failure, so whatever they do, they will pursue it relentlessly, sometimes to their own discontent.

Because they are never 100% satisfied, there are times a project will go slower as they figure out what else they can do to make it better, when it’s already near perfect. They have very high standards for themselves that they often don’t apply to other people.

They are more concerned with their efforts than others. In the end, however, whatever project they complete is often better than previous attempts by others.

BEST CAREERS FOR THE INTP PERSONALITY

The top career choices for the INTP personality seem to fall in the science and computer sectors. If you think about the traits of the INTP personality, it’s easy to see why. Often in these sectors, quite a bit of analytical work is done, as well as studying and problem-solving.

It’s in these fields that innovation is always at work. I think it’s accurate to say the INTP personality will never get bored at these jobs. Let’s learn more about them.

Computer Programmers write computer code for the software and test the code when they are completed. They work with software developers and engineers to turn programs into instructions that computers can easily follow.

Computer programmers earn an average of around $80,000 a year.

Forensic Researchers are like the guys and gals you see in shows like CSI. They help aid in criminal investigations by collecting and analyzing evidence. Forensic research technicians usually will either work on the site, on the scene of a crime or in the laboratory.

The INTP personality is probably more suited for the lab work. They also have to write reports of their findings.

Mathematicians conduct research to develop and understand the principles of mathematics. They analyze data to help solve problems. They may work for the federal government or private science sectors. They often work with engineers, scientists, and other professionals.

Physicists study how matter and energy interact. They may also study time and the origin of the universe. Many physicists perform experiments with equipment like particle accelerators, electron microscopes, and lasers.

Physicists earn an average annual salary of about $115,000.

Professors teach students at the college level. They also do research to expand knowledge by performing experiments, collecting and analyzing data, or examining original literature or documents. They publish their findings, as well as do lectures.

As with all teachers, they grade papers and exams and work with their students. They have to keep up with developments in their field.

Research Scientists usually have a field of knowledge that they are experts in and they conduct research in that field, as well as publish findings in professional journals, books, and/or electronic media. They often have to write grant proposals to keep their projects funded.

Research scientists earn around $77,000 a year.

Software Engineers design and develop software. They decide which software functions will work in particular programs. They work with programmers and coders to configure programming tasks and functions.

The average income is around $82,000 a year for software engineers.

Systems Analysts have to be able to think outside of the box to find technological solutions for businesses. They have to investigate problems and fix them in the most efficient way they can. They have to know computers, programming languages, operating systems, and hardware.

Because technology is constantly changing, systems analysts have to be up-to-date with software. Systems analysts earn around $63,000 a year on average.

That about covers it. Hopefully, you have found something that interests you. If you’re part of the INTP personality group, it’s safe to say you probably already have it all figured out.

Clickbank Marketplace Review
Next Post:Best Jobs for the ENTJ Personality: Those Who Like to Take Charge