Can you Really Make Money With LifeVantage?

LifeVantage wants you to think that their products are amazing, but honestly, there is little to suggest that they are. Instead, the company promotes similar products to most other health MLMs out there and you also have to pay a lot of the starter kit to even get going with the company. 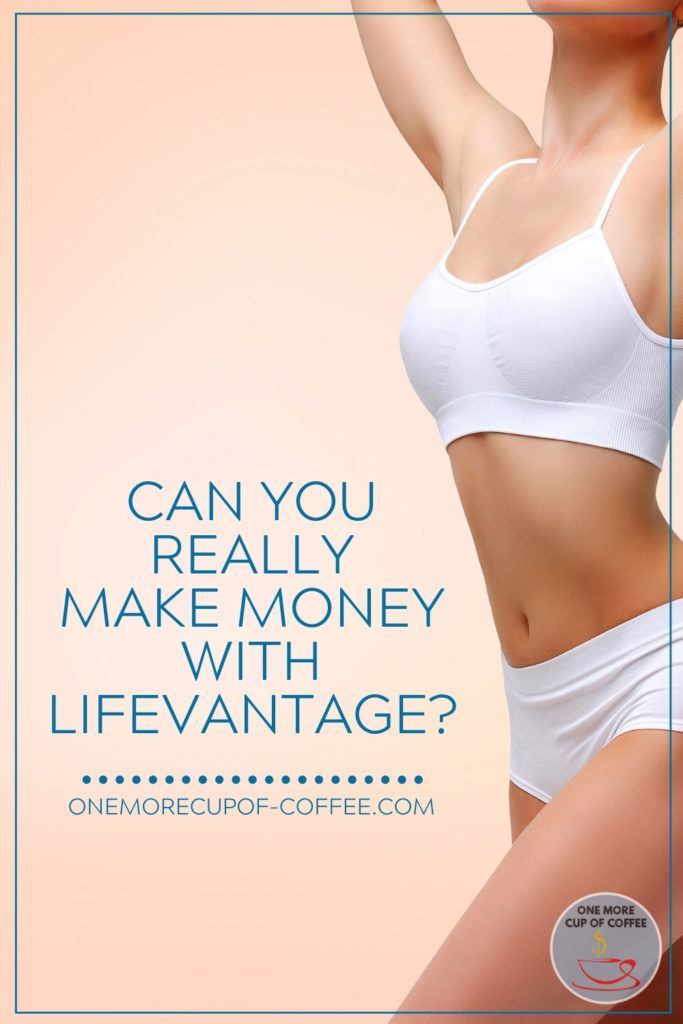 A health-based MLM with lots of hype but little else.

LifeVantage wants you to think that their products are amazing, but honestly, there is little to suggest that they are. Instead, the company promotes similar products to most other health MLMs out there and you also have to pay a lot of the starter kit to even get going with the company.

At the same time, the compensation plan for the company is typical for an MLM, with the usual strong emphasis on recruitment and bonuses. The end result is that your chance of success within the company is pretty slim.

My first thought when I visited LifeVantage’s site was ‘same old, same old’, which isn’t a particularly good first impression. Now, the site for the company is pretty elegant and looks professional, but the company still focuses on excessive hype. That pattern is far too common in MLM companies and normally happens with companies that simply aren’t that great.

The first of these is the one that the company focuses on, Protandim. Essentially, it’s an antioxidant supplement that is supposed to be more effective than other antioxidants. I’ll go into the science a bit later, but in general, there isn’t any evidence that this product lives up to its hype.

The next set of products is Axio, which basically just involves two products, one normal and one decaf. Essentially, these are powders that you put into drinks that act as energy drinks. The company uses a proprietary blend, but honestly, there isn’t much special about the packets. They might offer some energy, but most of that probably comes from the caffeine.

Physiq is a set of products designed to promote weight loss. Again, there is nothing unique here. You would find similar products on pretty much any health-focused MLM and grocery store shelves also stock similar items.

The next set of products is the TrueScience range. This one is a set of skincare, In theory, the skin products are supposed to help fight aging, but honestly, the support for that concept isn’t very strong.

The final product is chewable supplements for dogs. This product is a bit of an odd choice, as it doesn’t seem to fit in with the rest of the products. I don’t know enough about dog supplements to know whether this is any good or not. Personally, though, I’d buy products for dogs from companies that specialize in dogs, rather than a human company focused on health.

In general, the products from LifeVantage aren’t nearly as unique as the company implies. I review companies like this every week, and health & wellness is one of the most popular topics.  In my opinion, it's because there is also very little evidence supporting the benefits of these products, as well as not much you can do to “disprove” them to IBOs that are fully indoctrinated into the company.

Realistically, they are just hyped up products that probably perform in a similar way to products that hundreds of other companies offer.

A big part of joining an MLM is trying to sell their products. So, the prices of those products are pretty significant. The site for LifeVantage doesn’t actually provide this information at all. Instead, the site tells people to get in touch with a distributor to purchase the product or find the price. 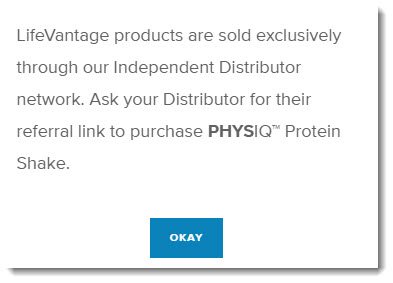 Interestingly, the company doesn’t actually tell you how to find a distributor if you don’t already know one.

I don’t know about you, but I wouldn’t want to contact a distributor to find out about the price of the products. That distributor is going to try and talk you into making a purchase, which probably isn’t what you want if you are window shopping.

However, you can find some information about the products on Amazon. For example, this is one listing for the Protandim bottles.

Based on that, you might expect to pay around $30 for 30 pills (which is pretty high compared to most supplements). However, it’s unclear whether distributors sell these for the same price or a different price.

One reviewer on Amazon did suggest that the prices on Amazon are probably too low and argued that distributors pay more than that. I think that someone purchased too much of the stuff, regretted it, and are now trying to resell it to cut their losses and move on.

So, it’s pretty hard to know how much the products really cost. But, the $30 a bottle price tag does give some indication. After all, that is a lot of money for a supplement.

Now, I know some people do pay that much for supplements, but most don’t. So, the prices of the products are going to make it that much more difficult to make sales as a distributor.

The emphasis with LifeVantage is that the company is promoting a scientifically proven approach for fighting aging and supporting health. So, it’s only natural to ask whether science is really there. When it comes to health products, I’m naturally a skeptic. I mean, there are products out there that can promote health, but there are many more that do nothing at all.

In the case of LifeVantage, the emphasis is on a unique kind of antioxidant that is supposed to fight aging. Before we go any further, let me point out one thing.

There isn’t even a scientific consensus that we need antioxidants. Instead, this is an area that is under considerable debate.

In their video, LifeVantage makes this claim about the support for their product:

That sounds great… if you know nothing about research. Four published studies? That’s next to nothing from a scientific perspective. If they were amazing and comprehensive studies then four studies might be enough to prove some of the site’s perspective, but odds are that they’re not.

Realistically, there are hundreds of thousands of different studies on antioxidants – and we still haven’t come to a consensus about whether they are good for health overall or not. So, there certainly isn’t any way that LifeVantage can prove that its products are great in just four studies.

The site does also has a long list of studies, but honestly, I’m still not impressed. Some of those studies talk about antioxidants in general or take a more theoretical stance. The studies on the company’s products are limited and they even cite some studies that found no benefit.

Even the studies that do show some benefits of the product aren’t encouraging. In particular, the research just looks at whether the product works rather than whether it is any better than a standard antioxidant.

While we’re on the topic, the company also uses its patents as further evidence that their product really works.

At the end of the day, there simply isn’t any evidence that the products from LifeVantage actually offer significant health benefits. But, you wouldn’t know this from their site, because they have such a strong focus on hype.

I’ve talked about the products, but what about the opportunity itself?

Well, the company does offer a number of bonuses to members, which make it sound like you can make a lot of money from the company:

However, bonuses in MLMs are tricky. They tend to be tied to your overall success. That includes the people you have recruited and the team you build under you. So, you have to make quite a bit of progress in the company to see most of these bonuses. That approach ends up working well for the company, as it means that they only have to pay a small number of people the bonuses.

Bonuses aside, the compensation plan for the company works in a similar way to most MLMs. In particular, your success in the company is tied to your rank. As your rank increases, you can earn profit from more tiers of people below you. This means that higher ranks mean more income in general.

But, progressing through the ranks can be quite difficult. Increasing ranks involves getting higher amounts of sales yourself and within your team. For example, the second rank requires an OV of 1,000 while a rank about midway through the system involves an OV of 50,000.

Now, the term OV refers to the number of sales you get in your team. Each product you sell will be worth a certain OV although the company doesn’t offer much information about what this means in terms of money.

Again, there is no indication of how much this calculated out to. However, based on other MLMs, it’s likely that you will have to spend at least $100 every month to stay active and earn money.

The MLM model is supposed to be this wonderful opportunity, but that’s rarely actually the case. Instead, you end up with companies that are extremely similar to one another and promoting hyped up variations of the same basic products.

As a distributor, your job is to try and sell those products and recruit people to the company. Yet, honestly, your chances of being able to do this effectively are pretty slim, especially as most members of the population are getting pretty sick of all the rhetoric about how this or that will help you stay young and healthy.

Affiliate marketing is a different approach to making money, and it's how I make money online. For starters, affiliate marketing doesn’t involve any recruitment. At the same time, you get to promote products that people want to buy, and that you personally believe in.

Can You Generate Reliable Income With LifeVantage?

To begin with, LifeVantage's products are not that impressive, add the fact that it strongly emphasizes recruitment as a way to make money, this is not something I would invest my time and money into.

The Click Intensity Scam: When Do You Get Paid?
Next Post:[LED Lights] Affiliate Niche Research