Can You Really Make Money Giving Your Friends Rides? 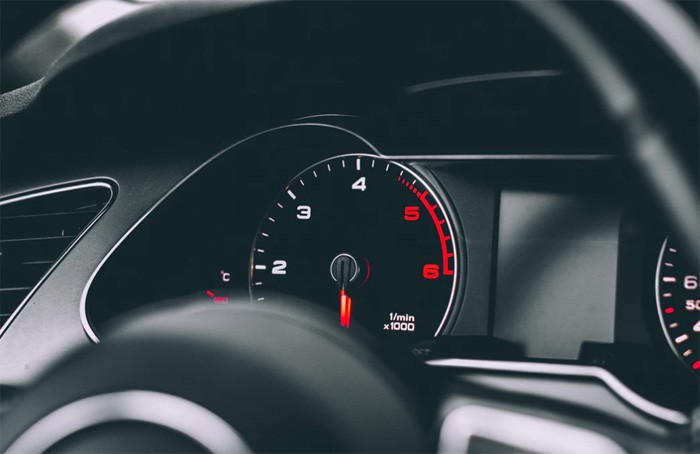 This is a side hustle that I have actually gotten into myself. But as it turns out, it could be quite lucrative! Can you really make money giving your friends rides?

The Ease Of Making Money Giving Your Friends Rides

I discovered this side-hustle as I started to realize that more and more of the people I knew were making the choice to live without a car. I don’t live in a huge city, but it is large enough that there are still a certain percentage of people who do not own a vehicle—so this side hustle is actually quite viable where I live.

This side hustle is also viable for my friends who do own cars, in certain specific situations. This actually started for me just because I was asked.

One of my friends had been asking me for rides more and more, so I told him that I would need gas money from him if I was going to go out of my way to drive him to and from work. It turned out that it would cost him $15 to Uber to work, while I could give him a ride for $5. It took me about 10 minutes, and bought me an energy drink! So I was good with it.

Then, people he worked with started asking me if I would give them rides, and it kind of started to snowball. Before I knew it, I had three or four people every week offering me $5-$10 to drive them places. It was faster than the bus, priced better than a Taxi or Uber, and helped everyone out.

And thus, this side-hustle idea was born. Can you really make money giving your friends rides?

I had already proven that you could! But I was not completely sure how legal this was.

I was also not sure if it would be worth it to advertise or scale it into a full-fledged business. I personally preferred to keep my carpooling pool limited just to people I already knew… but I went ahead and did some math anyway, just to make sure.

Why Not Just Uber?

Why not Uber? I would have made more, and would have had the full force of an entire organization at my fingertips to help me collect payment and make the entire thing legit.

Well, for starters, I did not have a vehicle that was Uber-approved at this point. I drove an older 2001 Subaru Outback at the time (this was the same Subaru I went hobo camping with down in Florida), so it was simply not new enough to be used with Uber.

But that didn’t mean that my friends asked me for rides any less!

Also, if you give rides with Uber, you might (strangely enough) have a harder time finding work that is consistent. This little side-gig became a more regular thing for some of my friends—which was pretty awesome.

This became cash that I could count on, instead of Uber money that I may or may not be able to make during my available Uber hours. So that is another thing to take into account.

How Much Can You Make?

I earned $30 to $40 a week easily doing this… and that was without advertising or anything. That was simply word of mouth and letting my friends and acquaintances know, in passing, that I was giving rides for gas money.

I could have made more, but I honestly wasn’t doing it to try to build a side-hustle. It just kind of happened naturally. You know… see a need, fill a need!

Ok, this is where things start to get a little bit blurry. Obviously, it is not illegal to give your friends a ride. It is also not illegal for them to give you some gas money. But is it actually legal to give rides for payment without having any sort of business license, extra insurance, or special modifications to your vehicle?

These are the things you need to research locally. I did some research, and learned that if I wanted to turn this little side-hustle into an actual business in my home city, I would have had to…

Obviously, there is a blurry grey line here that you may or may not choose to cross. If you want to turn your side hustle into a business, you might need to spend some money to make it legit—whereas, if you kept it more of a casual thing, odds are good that you could avoid technically ‘operating a business’ outside of the parameters of the law.

So this is all something that you would have to decide for yourself. I actually came to a point where I researched what it would cost me to start my own taxi business… and realized that the investment was not quite worth the return for me personally.

Giving rides in my car was one thing—operating a taxi business was a level I didn’t want to take things to!

How Much Does It Cost?

Giving my friends rides for gas money didn’t cost me a lot. I already had to pay to keep my car insured and do regular maintenance on it.

I paid cash for the car, so I didn’t have payments. I just gave my friends rides and they gave me gas money, plus a little extra for my time.

According to an article published on Bloomberg.com, Americans are not buying cars as fast as they used to. Yes, when you look at the actual numbers, car sales seem to be pretty much the same as they were in 2015.

But when you look at the newer generations of Americans, you certainly see fewer people driving… so in the larger picture, the car market actually doesn’t seem to be keeping up with population growth.

This certainly makes it look like more Americans are either just not getting out as much, or that more and more of them are using alternative methods for traveling.

Well, this side gig absolutely fits into this picture. Personally, I see more and more younger people choosing not to buy cars because they find that it is cheaper to get around town using different methods.

Of course, this varies by person. But in the end, the point is that this kind of side-gig, if done correctly, could lead to you making some pretty decent money if you knew the right kinds of people!

My Personal Feelings About Giving Your Friends Rides For Extra Money

As I said, I have actually done this before—and I liked it. In some places, there is definitely a market for it—while there are also downsides to it.

Here are the main downsides…

But, it also presents some unique upsides…

Obviously, the legalities of this vary by location. We would never endorse doing anything illegal, so make sure that you research the local laws, rules, and regulations before going in on a side hustle like this.

Also, be careful about insurance! It is very important to have the right kind of coverage for what you are doing. But in my case, it actually worked out pretty well. I made some extra money, and ended up having a pretty good experience with it.

I do not do it anymore, mostly because I found other side hustles and stopped putting the time into it. But for people in the right situation who have a car, this could absolutely be viable.

You may not get rich off of it, but there is more than a bit of pocket change to be made giving people rides for cash! In the end, I would probably use Uber or Lyft if I were going to try to do this kind of thing again… but there is certainly more than one way to do things, and some people might be able to find more consistent cash doing it on their own for people they know.

Our Final Opinion Of Giving Friends Rides For Cash

Should you try to utilize your car to earn some money with this simple, time-tested side hustle?