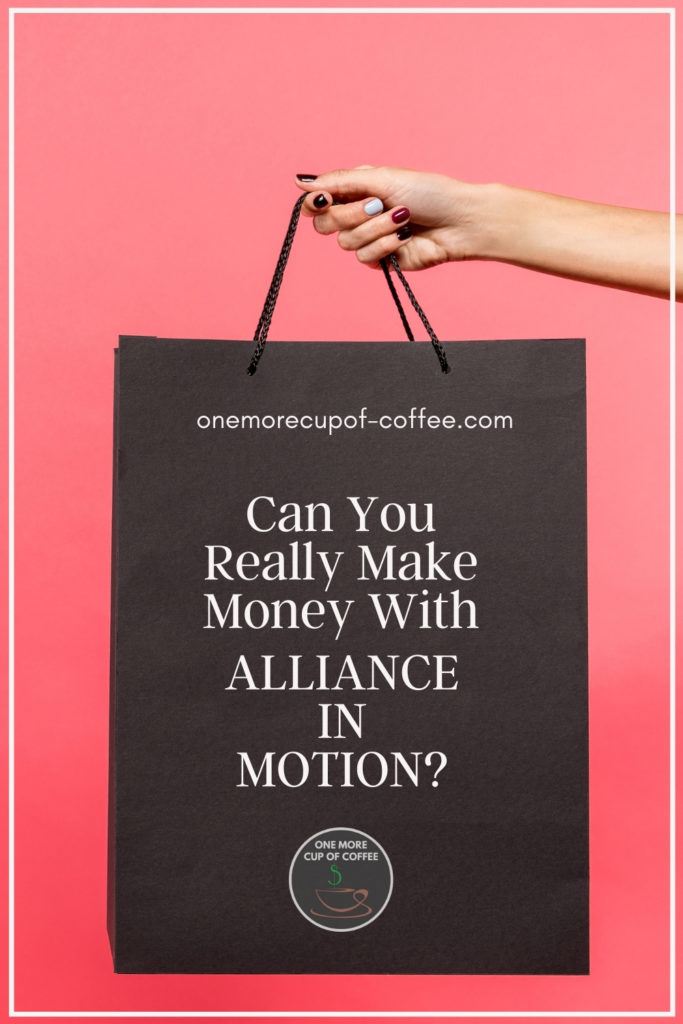 A fairly unimpressive MLM serving a range of markets globally.

Alliance in Motion calls itself the ‘No. 1 MLM company in the world’, but that clearly isn’t true. The products look subpar and are heavily hyped, even though there is no evidence to back up any of the company’s claims. Members also have to buy the products in packages, which makes the process of successfully earning money that much harder.

The products available from Alliance in Motion entirely depend on where you are in the world. For this review, I looked at the products for the Philippines, as that seems to be the company’s largest market.

To start off with, let me say that I’m not impressed.

Many of the products look like something you would find on the shelves of dollar stores. Appearance isn’t everything, of course, but it is still relevant when you are selling products.

The products fall into four categories. One is functional drinks. This includes a number of coffees, one chocolate drink, and one other drink. They are promoted as containing a large number of phytonutrients and the site lists a significant number of health benefits.

It's extremely unlikely that a cup of coffee is going to offer all of these benefits, no matter how damn good that coffee is. In fact, those proposed benefits are around half of the list of benefits that the company promotes.

Another category is NaturaCeuticals, which includes toothpaste and soap, as well as male and female washes. Again, these are promoted as being high in nutrients and health benefits, even though the company provides no actual evidence.

The CosmeCeuticals on the other hand are a bit different. These products aren’t designed for the American market and are skin whitening tablets. If that sounds weird, it's because in a lot of Asian countries, being paler is considered a desirable trait for women. Kind of like being tan for western countries. Skin whitening is kind of like our version of spray-on tan.

So this product is relevant in the markets that the company is targeting, but even then… there is no evidence that they actually do anything, just lots of claims. A skin whitening tablet? Come on!

My biggest problem with the products from Alliance in Motion is the lack of evidence. The claims they make for some of the products are pretty strong, yet there isn’t any proof given at all. I tend to heavily disbelieve claims like that because realistically things like coffee and supplements are never going to miraculously improve your health.

Sure, they might help a little bit, especially if you were actually deficient in a nutrient, but they aren’t likely to do much more than that.

Even though the site lists the products individually, they aren’t actually sold that way. Instead, users buy them in combo packages, like this one here: 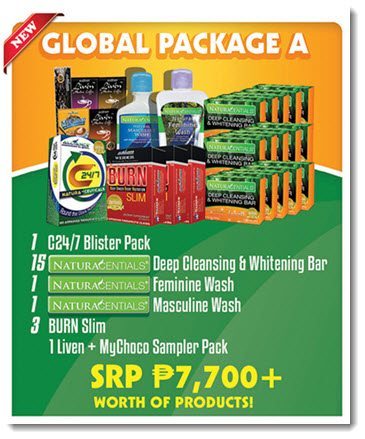 That approach gives members much less control because it makes selling the products individually more difficult. For example, if one or two of the products were more popular than others, you’d probably have to buy an entire package to stock up on the ones you were interested in. Potentially, this could mean that you are paying for products that you don’t want or need.

The site doesn’t actually say how much the packages cost. (just the value).

I hate it when MLM sites do that. Even if they have been recruited by someone, many people will go to the site for an MLM to figure out whether it is worth joining. When the site doesn’t give this information, it can be difficult to tell whether it is a good opportunity or a bad one. In some cases, the lack of information makes the company seem safer than it actually is, so people end up getting involved when they probably shouldn’t.

Interestingly, Alliance in Motion isn’t targeted at American audiences at all. The site instead offers a list of nine locations for visitors to select from (the one not shown in the image is the Philippians). This is a bit unusual, but it doesn’t necessarily mean that the company is a scam. After all, America and Europe are far from the only significant markets for companies to target. 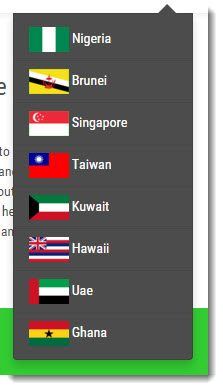 Nevertheless, there are some things about the company that is a bit concerning. The first is this claim:

Now, I’ve never heard of Alliance in Motion before, and I’m guessing that many of you haven’t either. If the company really was the number one MLM company, it would have some kind of reputation behind it. I know it’s not based in the United States, so that’s partly the reason why we haven’t heard of it, but that isn’t enough of a reason.

Here’s another indication, their visitors counter:

Even if those numbers are entirely legitimate (i.e. they haven’t paid for traffic), they’re still pretty low for a big MLM. After all, the reputation of the company does play a pretty big role in how effective you would be at making sales. People are much more likely to buy from a company that they know about than some obscure company that someone is trying to promote.

Alliance in Motion is an MLM and as such it relies on a recruitment model. This means that the best way to earn money is to recruit other people into the company and have them be successful at both recruitment and sales.

For example, members can earn money from packages that they sell to new distributors, from product sales, and from the sales of people in the team below them.

As with most MLMs, members gain ranks as they progress through the company. This is based on the number of sales that you make and the team that is under you makes. Higher ranks mean more potential to earn, which is how there ends up being such a strong focus on recruitment.

The company doesn’t provide a large amount of information about their commission scheme, but most elements are similar to other MLM companies.

One slightly interesting thing is in the ‘leg’ model for income earning. The model itself is common, where members build left and right sales teams and gain bonuses if those two teams match in sales. This company allows members to use product re-orders as a way of matching sales. 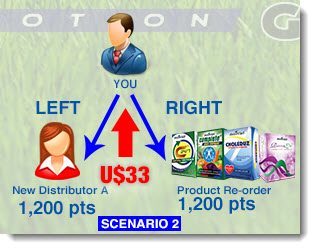 It's very difficult to know how this works out in practice. It might offer an advantage over the approaches of other MLMs, but then again it may not. No matter how you look at it though, the end result is an MLM company that relies on you recruiting and selling.

Even if the products appeal to some groups of people, the fact remains that making money from this company would not be simple, especially as you have to buy packs of products, rather than individual ones.

Companies like Alliance in Motion might seem like an easy way to make money – but that is never the case. Instead, members tend to find that MLMs are much more work than they anticipate. You also end up relying on the company and the team, which isn’t what you want from your own business.

The thing is… why go in that direction?

The word “opportunity” makes it sound like these companies are offering you something that you can’t get elsewhere, but that isn’t true. Instead, you can create your own opportunities online and build your own business. I leverage affiliate programs to make sales from traffic to my website. You can build a website on any topic, and everything on Amazon can earn you a commission!

Can You Generate Reliable Income With Alliance In Motion?

The Alliance In Motion Review

I don't think your time and effort is going to worth Alliance In Motion, you're better off exploring other opportunities to make money. Their products are heavily hyped without any supporting facts to back it up.