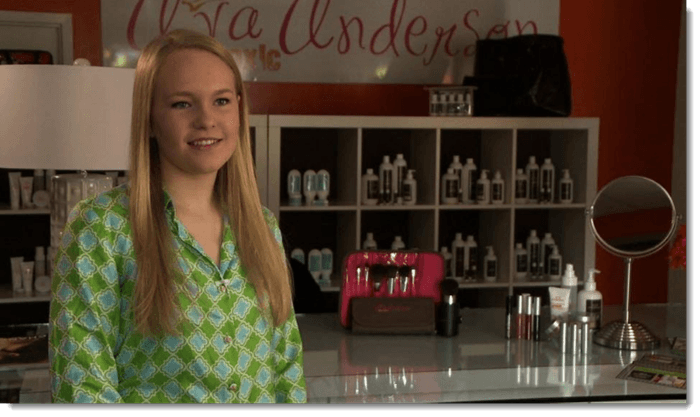 In 2009, 15-year-old Ava Anderson, with the help of her parents, developed a line of non-toxic skincare products and founded a company to sell and promote these. That company was Ava Anderson Non Toxic and it quickly became successful.

Ava’s focus was the idea that most products on the market contain unhealthy and/or toxic chemicals, even the ones that are marketed as being natural. As a result, the products from Ava Anderson Non Toxic were designed to be entirely free of potentially harmful chemicals and toxins. 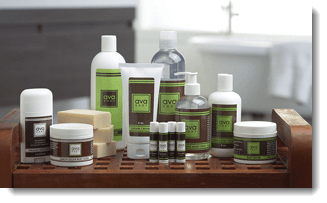 There was, and still is, considerable demand for this type of product – with many families wanting to reduce their exposure to chemicals as much as possible. But, finding reliable and safe products is easier said than done. As a result, Ava’s product range quickly became popular.

Ava Anderson Non Toxic operated under the typical MLM model, where distributors earn commissions for making sales and for recruiting others. And, by all accounts, the company was a rousing success, with the number of distributors rapidly growing.

By 2014, the company offered 11 different product lines along with 75 individual products. The annual revenue for that year was $200 million, a growth of more than 300% compared to 2013. What’s more, there were upwards of 7,500 individual distributors promoting the products.

The company also received various awards and recognition, including being considered one of the ‘coolest college startups’ for 2015.

At its most successful, there were more than 12,000 Ava Anderson consultants across the nation. The company also earned millions in profit and donated a significant amount to charity.

Such success does occur in the MLM world but it is still relatively unusual. And, the young age of the founder also made this a particularly powerful story of the entrepreneurial spirit.  For that matter, Ava’s age created some unusual challenges in her business success, as she was too young to sign contracts for much of the company’s growth.

All indications suggested that it would continue to grow. Yet, that wasn’t what happened. Instead, the company closed its doors suddenly in 2016, offering very little information about why.

The family, including Ava Anderson herself, also refused to answer questions, although more information became evident as time went on. In particular, there are three key areas that appear to have contributed to the sudden decision.

The main reason given for the company’s closure was that Ava and her family were being harassed, both online and offline. Such a pattern isn’t so unusual, especially as anybody successful attracts their share of resentment.

What constitutes harassment in the MLM industry is a little interesting in my opinion. MLM is often compared to being a pyramid scheme that can only survive because of dishonest distributors hawking low-quality, overpriced products. In fact, I have said almost exactly such things on my own website. However, I limit my criticisms to my website, and do not contact people via social media or in person.

But for folks that lose money in a business venture, they make take their displeasure to the next level. I'm not saying this is what harassment they are talking about, but I'm saying that I could imagine it happening if people were losing money promoting Ava Anderson products.

A related factor is simply Ava’s age. At the time of the company’s closure, Ava was 21 and it’s easy to see how challenging any harassment may have been for her. Spending her life in the spotlight was probably never Ava’s goal and bullying could have made that situation unbearable.

Her age may have made the family more likely to pull out. In contrast, a company with a more seasoned entrepreneur may have chosen to withstand the harassment.

Nevertheless, to say that harassment was the only reason for the company’s shutdown would be unrealistic. There were also questions about some of the products that were produced, with claims that they contained ingredients that Ava Anderson Non Toxic was meant to be avoiding.

This was particularly significant in the case of dish soap that the company produced. One blogger from the site ecofriendlymamausa.com felt that the soap performed too well for the ingredients that it contained.

As a result, the blogger had the soap tested independently and found out that it was essentially just regular dish soap that had been labeled as organic and non toxic. This particular finding was highlighted over and over again, including by news outlets, which labeled the issue as greenwashing.

There were other controversies too – and the more questions there were about the products, the more it impacted the reputation of the company. This issue would have also directly contributed to the harassment that Ava and her family received.

The company also confirmed the presence of some issues in their statement, saying that some suppliers violated their contracts and included unauthorized ingredients. Notably though, they mentioned ‘several’ products, which suggests that most were fine.

Yes, this is a concerning outcome. But, it’s not really as bad as the news coverage ever suggested. Any large company is going to run into this problem from time to time, as they have to outsource much of their work to manufacturers. For example, Chipotle got into big trouble in 2015 over a norovirus outbreak at their restaurants that came from lettuce.

As a result, there is always the risk that somebody isn’t being honest. Vetting companies more could have helped to decrease this issue but, even then, the best processes in the world are never entirely effective.

There is also no evidence that Ava Anderson or her family were ever intentionally greenwashing. If that were the case, there would probably be more misleading products than just a few. With that in mind, most of the products that the company produced were exactly what they claimed to be.

One other issue was that distributors were sometimes misrepresenting the company, making some claims that weren’t true. This is a big problem that many MLMs have faced, including Herbalife and Young Living essential oils, where people started exaggerating health benefits in order to sell products at any cost.

After all, the MLM design means that people are often earning money from making sales of items they already purchased so they want to unload the products and earn a profit. Without extensive sales experience, and no loyalty to the brand or company longevity it’s not so shocking that some of those individuals will say whatever they want in order sell products.

Did Ava Anderson Non Toxic Have To Close?

If nothing else, Ava Anderson herself is young and intelligent. People would be likely to trust in her despite the issues, especially if she was honest about what went wrong and why. Nevertheless, it’s easy to see why the company make the decision it did. Ava is young and the harassment and stress from the issues could have easily seemed overwhelming.

Since the collapse, Ava Anderson Non Toxic has rebranded and opened as PUREhaven ESSENTIALS. The key management of this company remains the same, although Ava and her family no longer seem to be involved. Additionally, the core focus remains unchanged, so the goal is to offer products that have few to no chemicals.

While some products are similar, if not the same, there are also some variations and the product line has also decreased in size. Another key difference is that the company is now USDA Certified, which wasn’t the case for Ava Anderson Non Toxic. 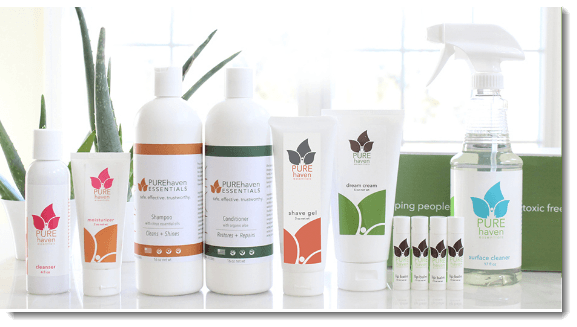 There is also an emphasis on creating the products in-house. Doing so should reduce the risk of similar controversies occurring again. This also means the company has more control over its products than most competitors.

In many ways, it seems like PUREhaven ESSENTIALS has learned from the mistakes of Ava Anderson Non Toxic, while still capitalizing on that company’s history and distributor base. Nevertheless, it’s far too early to know how well PUREhaven ESSENTIALS will perform and whether it will be able to recover from its past.

What Does This All Mean?

Every company is different and Ava Anderson Non Toxic faced some unique challenges. Nevertheless, the sudden collapse of the company has important implications for this type of business model – and anybody making money from it.

If you’re a distributor for any MLM, then you’re making money off two things – sales and recruitment. Both of those areas are strongly tied to the success of the company. For that matter, you remain entirely dependent on the company regardless of how successful you are in it.

Because of this, any dramatic change is going to directly impact your ability to make money. In the case of Ava Anderson that change was the company closing altogether and rebranding.

It isn’t clear what happened to distributors even if they switched to promoting PUREhaven ESSENTIALS.

For anyone making a decent income from Ava Anderson, that change could have been devastating. In particular, high ranking distributors are typically working on their business full-time, or close to it. Many of them may not even have a conventional job or a second income stream. As a result, distributors in that position could have lost their entire income source overnight.

I have read many stories about direct sales companies closing over night, or kicking out top distributors due to internal conflicts. It's certainly not an uncommon story. This is why its important to build your own brand. On top of that, in my opinion, it's important to only work with companies that allow you to promote several services simultaneously.

Some direct sales companies require exclusivity! While that may seem like not a big deal in the moment, it could be a huge issue if a company decides to pull the rug from under you at some point. That would leave you in the same situation as being fired!

But as a self-branded person with an online business, even if companies go under, your business will still thrive.

You're probably no stranger to the concept of multiple streams of income. A website can earn money through Google ads, direct sales, affiliate marketing, selling your own ebooks/products, or even selling your own services. You can still promote green products but you end up with much more control over your long-term success.

What do you think? Is it smarter to be loyal to one company and try your best to succeed with them, or build your own brand and promote the best products from a variety of companies?