The splash page for DotBlock.com

DotBlock is a VPS hosting service oriented towards high-performance SSD storage servers. In fact, DotBlock exclusively provides SSD hard drives. This means lightning fast storage access but also higher pricing for an amount of space that is relatively small. In this review we will be comparing DotBlock's features, prices, support, and reviews to other similar hosting providers to reach a verdict of whether or not this service provider is right for you.

Probably the most unique feature provided by DotBlock is that they provide SSD RAID storage for all of their virtual private servers. While this pretty much guarantees that your access to hard drive storage will be ridiculously high performance, it also makes the company a less ideal option for customers who do not necessarily need super fast disk storage access. This is especially true given that SSD storage is substantially more expensive than conventional hard drive space. Another performance-boosting goody that is made available at DotBlock is scalable multicore processing. Shared VPS units provide up to 12 CPU cores, and the hosting company's less well known dedicated server plans offer as many as 24 cores.

DotBlock also offers some nifty features on the software side of things. Windows Server 2008 & 2012 as well as a few common Linux distros are available by default, but they also have a request form for lesser known operating systems that they will install as long as it is reasonable.

What is not clear is why they do not simply permit users to upload the .iso image of the operating system of their choice, a feature which is easy to implement using the virtual machine management software used by DotBlock. Probably they are nervous about the potential security implications of making such a feature available to users. But if that decision is intended to make users feel safer, I would argue it has the opposite effect: do I want to trust a virtual machine management system that the hosting company itself has so little confidence in?

Oh, and it's worth mentioning that if you are willing to choose CentOS 6 or CentOS 7 as your operating system, then you have the option of allowing DotBlock's systems administrators to install and configure cPanel on your server for you. Of course, you'll have to pay an additional 14.95 every month for that privilege. But for newbies who may not be down to get deep into Linux systems administration right away, cPanel can be a real life saver!

DotBlock offers a relatively smooth dynamic pricing scale. You buy resource “blocks” in ten dollar increments, and the resources provided to you by the shared VPS system go up accordingly.

You can presumably see the pattern, and it continues that way up until a max of 24 blocks at 239.95 per month for their basic plans. So does it stop there? Not at all! At the bottom of the page the site links to their “large pricing” section. However, the large plans cannot be purchased through the regular, automatic means. A prospective “large pricing” customer must click a button to contact sales regarding their intended large order. The absolute largest plan on offer is 60 blocks for 599.95 dollars per month!

It's also definitely worth a mention pricing-wise that DotBlock provides a pretty generous affiliate program. According to their Affiliate Program page:

“For each new VPS customer you refer to DotBlock through our affiliate program, we'll pay you $100, its that simple. It doesn't matter which package or term your new customer selects, we'll pay you $100 for each successful sale you generate for DotBlock. Our tracking window is 90 days, so if someone signs up anytime within 90 days of clicking your link, you receive credit for the sale.”

Not a bad deal by any means, and if the multitude of people online discussing their experiences in the DotBlock affiliate program are to be believed (always a dubious proposition in this industry, unfortunately) it seems DotBlock is at least as good on their word as the other major hosting providers out there.

A survey of DotBlock's customer service quality and online reviews can hardly be written without mentioning the Serge David M.A.V setup video. It's a whopping twenty minutes in length, but does the community an incredible act of service by completely documenting the process of setting up a dedicated Windows Server 2012 gaming server. M.A.V, which stands for Modular Assault Vehicle, is a multiplayer online game that allows players to install the game on their own servers and play with friends in a customized environment.

As Serge makes clear in painstakingly time-consuming detail, setting up such a system on DotBlock is an easy, straight-forward process.

This video is particularly relevant in a discussion of the way DotBlock is perceived by customers because it represents a surprisingly typical usage of the service: gaming servers. And the gamers are happy.

The gaming site bestminecrafthosts.com gives DotBlock's support the maximum rating possible of five out of five stars, and researching other reviews within the online gaming community will only reaffirm that opinion: DotBlock's support is appreciated and surpasses it's competitors' by an impressively wide margin.

It was actually fairly difficult for me to find a negative review of DotBlock out there on the web, but eventually my Google-fu paid off and I was able to find a complaint about uptime WHTOP, a website featuring a directory of web hosting reviews. Should you be concerned? Doubtful. The negative review is from several years ago (late 2011, to be precise) and seems to be quite an outlier.

Oh, there is one other technical critique I found of DotBlock when I was scouring the web for negativity. Take a look at the Linux VPS Hosting page of their website (taken from): 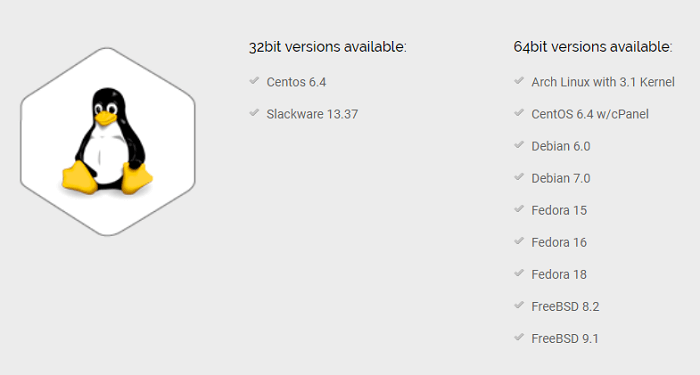 Most people probably will not catch what is off about this page. But I am sure all the hardcore Unix nerds reading this felt their blood pressure rise a little right away when they realized that it lists FreeBSD as a Linux distro! For non-technical readers out there, this is not a big deal at all and you likely should not be concerned by this relatively minor misnomer. The BSD family of operating systems are, like Linux, open source Unix derivatives. Nevertheless, it is worth noting that they strictly speaking do not use the Linux kernel and in fact predate Linux by several years!

DotBlock does a lot to cater to the online gaming community. If you need a VPS for the purpose of running a Minecraft or Counter-Strike server, they are literally the best on the market. They used to even advertise a special section for VPS “stacks” – servers with preinstalled management panels for running gaming servers. I searched around and it appears that the page for the Minecraft stack is still up (https://www.dotblock.com/vps_hosting_stacks/minecraft_vps_stack.php) but for some reason they do not link to this page anywhere on their site. This is probably a web design bug, as the VPS Stacks page only links to two stacks: cPanel and WHM. Presumably they meant to link to all of their stacks from that page but someone messed up and no one ever noticed or called them on it (until now!).

The point is: if you are a gamer, this service is perfect for you. If not, then you could likely get a better deal elsewhere. I would especially point out that by selecting DotBlock as your web host you are paying a premium for SSD RAID storage, so consider whether that is something you absolutely need before you commit to pay top dollar for DotBlock's admittedly lightning fast storage.

DotBlock is clearly the best choice for gaming servers. There just isn't anyone else out there who has put as much work as this company has into wooing and catering to the very specific needs of the online gaming community. Their servers are fast, their customer support is top notch, and they provide unique tools and software for running a server intended to host an online game such as Minecraft or Counter-Strike.

For everyone else, I would recommend strongly considering a cheaper alternative. You will be paying extra for cool gaming goodies that you will have no use for and it's just not worth it. For those looking for a hosting website for their online business, you can check out our other hosting reviews for a more appropriate web host.

My all-time favorite host is Kinsta. They are pricey, but freakin' fast fast and the support is rock-solid. The STARTER plan is great for one website, but I recommend the BUSINESS 1 if you want to build multiple websites